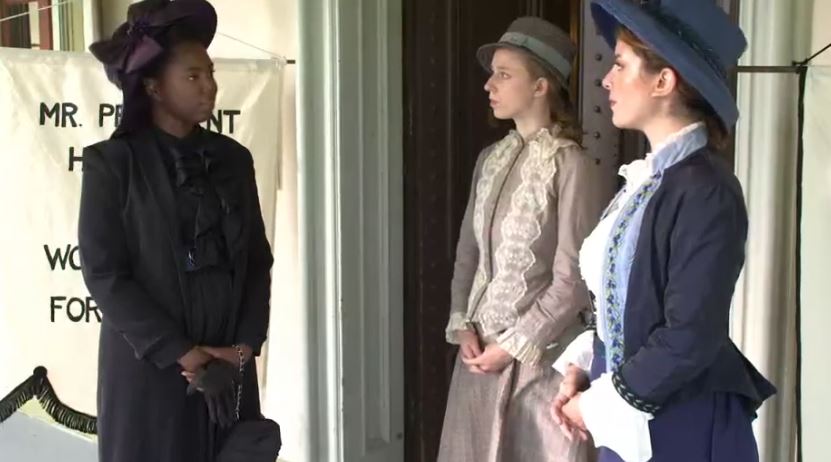 At Speranza Theatre Company’s virtual premiere of its film “Votes for Women” last Sunday, many viewers learned for the first time about New Jersey-born Alice Paul, a leading figure in the struggle to extend voting rights to women.

Based on a play of the same name the Jersey City non-profit women’s theater company performed in parks over the summer, “Votes for Women” was filmed on location at the Alice Paul Institute in Mount Laurel, the site of the suffragist’s childhood home.

Artistic Director Heather Wahl said the theater company decided to produce the play and film because “people hadn’t heard about our main character – ourselves included.” 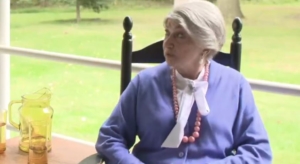 In a still from Speranza Theatre Company’s film, “Votes for Women, an older Alice Paul recounts her struggle in the suffrage movement while interviewed by a graduate student.

The film shows Paul both as a 20-year-old activist (played by Joelle Zazz) organizing the 1913 Women’s Suffrage Parade and as an older woman (played by Gloria Lamoureux) retelling the story of the fight to expand voting rights through demonstrations, arrests, and the ratification of the 19th Amendment.

“Votes for Women” addresses racism within the suffragist movement in a reimagined conversation between a young Paul and prominent journalist and activist Ida B. Wells-Barnett (portrayed by Kira Player). Well-Barnett confronts Paul refusing the order to march in the back of the Suffrage Parade as a Black woman rather than with her Illinois delegation.

Although writer Jennie Contuzzi said it was doubted the two women met in real life, the issues Wells-Barnett confronted were real. Black women and other women of color were often stopped from voting by state laws after the amendment was passed.

During the panel, Wahl said she remembers learning about “many wars and old white men” while growing up, but not the deep history of the suffrage movement the film explores. The company used its yearly grant funding for its “History Alive” series to give audiences a stronger grasp of suffragists’ stories.

“As artists, we are the storytellers. We are the historians,” she said.

Basmajian put the play in the context of the recent election of the United States’ first woman vice president and the continuing struggle for the Equal Rights Amendment. She said Alice Paul “fought until she died for the ERA, and to this day we don’t have it. It’s exactly why this play needs to be online right now.”

The “Votes for Women” play and film became Speranza’s entire season in 2020 after a tour and educational programs, summer camp, and a contemporary play were all cancelled due to the COVID-19 pandemic, Wahl said. The Jersey City Economic Development Corporation sponsored socially distanced performances of the play at four parks in the city and outside the Van Wagenen House, informally known as the Apple Tree House, on Academhy Street in Jersey City. 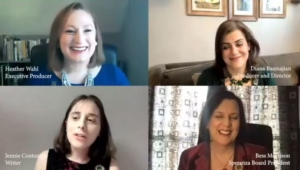 “A play of five actually was a cast of 10,” she said, since they double-cast the roles to account for the possibility of actors getting sick.

Speranza has a full season planned for 2021, including a play about the Underground Railroad, but Wahl says the past year has taught them they can pivot to outdoor and virtual performances if need be.

Even if there are fewer restrictions on gatherings, Wahl said the virtual components of Speranza’s performances will continue. Live-streaming doubles their audience for plays over the summer, she said.

Being virtual did not preclude members of the public from getting involved with Votes for Women’s premiere. Members of a local Girl Scout troop submitted questions for the post-film panel. And the theater company sold “Inspire A Youth” tickets entitling 17 youth members from Welcome Home Jersey City to attend the premiere.

For more about the film and upcoming opportunities to rent it for educational viewing, visit speranzatheatrecompany.com.

Featured photo:  Ida B. Wells-Barnett confronts Alice Paul and Lucy Burns about being asked to march in the back of the Women’s Suffrage Parade.

Council to Vote on Pedestrian Plaza Upgrade
Scroll to top