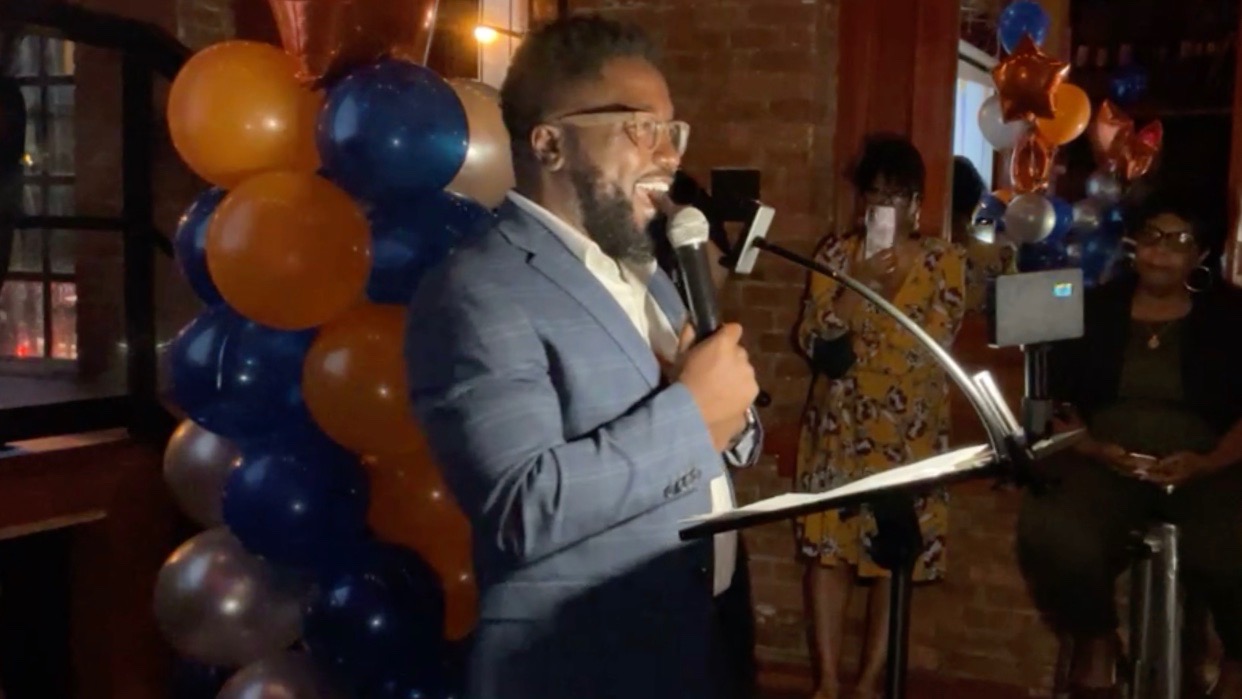 On Thursday night, activist and educator Lewis Spears formally launched his campaign for mayor before an enthusiastic crowd of supporters gathered at the Factory Lounge on Communipaw Avenue.

Said Spears, “We believe in a diverse and inclusive Jersey City in which all of the residents are lifted up in times of prosperity and all residents are supported when times are tough. We believe in a strong community where no resident fears walking down any street in our city. We believe in a world class education for our kids which will allow each one of them to thrive in life and the professions of their choice. We believe in transparency in government with all public employees acting as public servants for the greater good.”

“Tragically, thirteen young people were murdered on our streets in two months. Is that our Jersey City? We can do better,” he added.

“It is my goal to make sure I am not an outlier. … My story and other stories of success must become the norm for our kids.”

Spears explained that he wants to make it easy for people to “STAY” in Jersey City. The acronym, he explained, stands for safety, training and education, accessibility and affordability, and yours.

Taking an oblique swipe at Mayor Fulop’s ‘Make it Yours’ branding campaign, Spears explained the letter “y.” “I want you to feel that it’s yours. No, we don’t want to ‘make it yours.’ You don’t have to ‘make it yours’ if it’s already yours.”

Spears said that as mayor, he would focus on transparency and accountability and rebuild trust between the community and the city leaders.

Spears announced that he wouldn’t accept developer contributions to his campaign. “We are not averse to development in Jersey City, but there must be transparency and shared goals between developers and the community.”

Highlights of the STAY platform include community-centered approaches to safety with quarterly meetings between police leadership and the neighborhood leaders in each ward, creating a youth advisory board with paid members, a stronger Inclusionary Zone ordinance that prioritizes homes for families, and creating clear feedback loops between residents and his administration.

“We have a lot of work ahead of us to get to election day,” he said. “But when we win, there will be even more work afterwards to build the city our children deserve.”