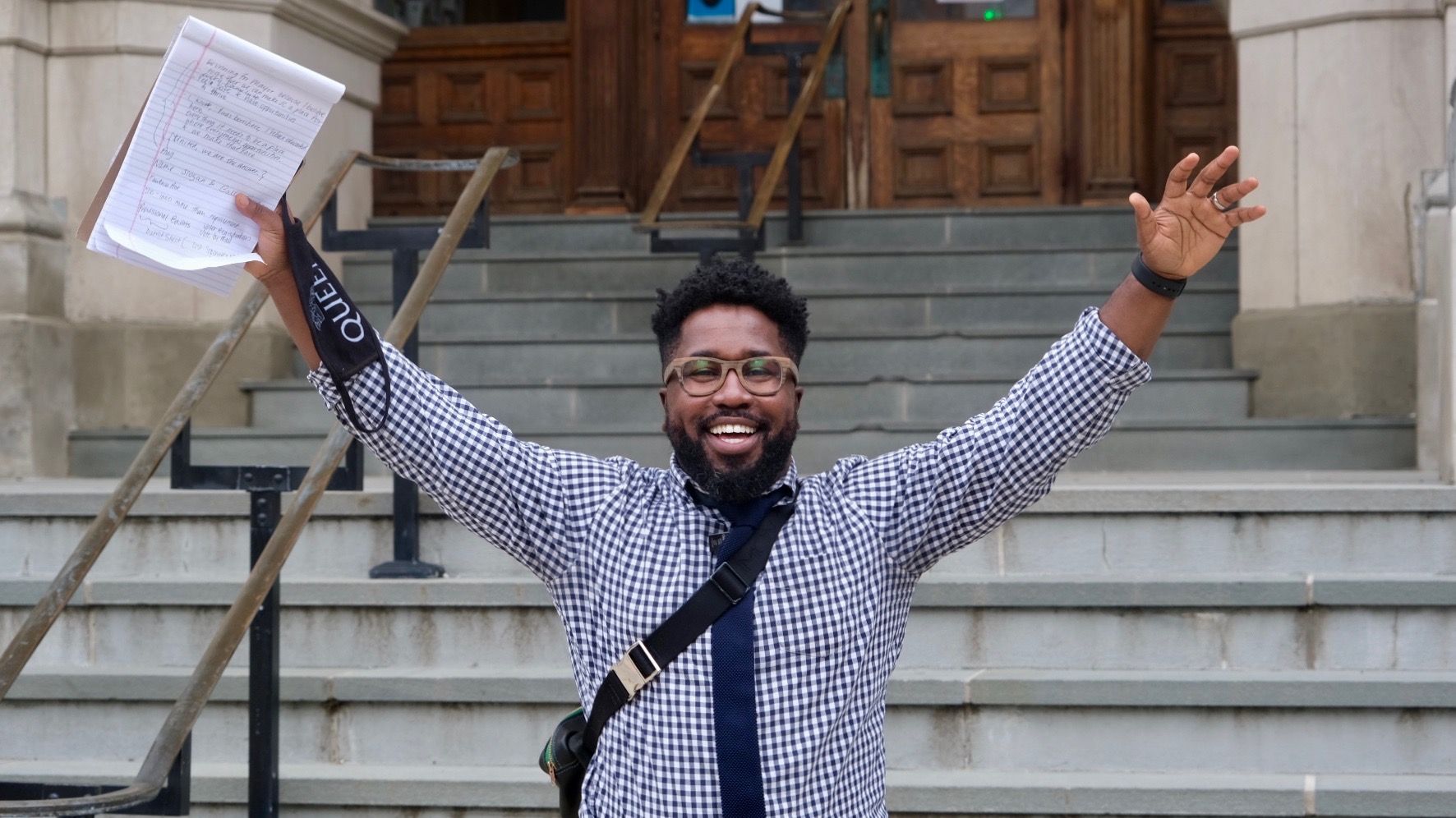 Mayoral candidate Lewis Spears has announced that on Saturday he became just the fourth—and the youngest—African American man in 200 years, to garner enough petitions to certify as a mayoral candidate in November’s general election.

Simultaneously the Fulop campaign attacked, citing “an explosive new report in the New Jersey Globe” claiming that Spears was a registered Republican from 2006-2017 and didn’t become a Democrat until 2019.

“Lewis Spears has been exposed as a fake progressive who aligned himself with the Republican Party for most of his adult life, including throughout both of President Obama’s terms and even into the 2016 presidential election when Donald Trump defeated Hillary Clinton and plunged our country into four years of chaos, cruelty, mismanagement and corruption,” said Fulop campaign spokesman Phil Swibinski. “The more residents learn about Republican Lewis Spears the clearer it will become that he’s nothing but a front for special interests that are more concerned with lining their own pockets than with delivering for Jersey City — he’s clearly not who he says he is.”

The Globe surmised that “Spears would have missed the Democratic presidential primaries in 2008 and 2016, and Gov. Phil Murphy’s primary four years ago.”

Meanwhile, Spears was clearly in a celebratory mood. “Our journey to City Hall is officially underway,” said Spears. “I want to thank every volunteer on the Spears campaign for working so hard to accomplish this milestone. I want to thank every person in Jersey City who filled out a petition to support this run. Together, we have created history!

“I decided to run because I wanted to give all of the people of Jersey City another option—different ideas for a shared vision for our great city. I want every child in this city to see that someone who was born and grew up here can indeed lead it. The response has been overwhelming so far, and I remain grateful for every opportunity Jersey City has afforded me, including this opportunity to run for leadership.”

The Spears campaign has not yet responded to a request for comment on the Globe story.