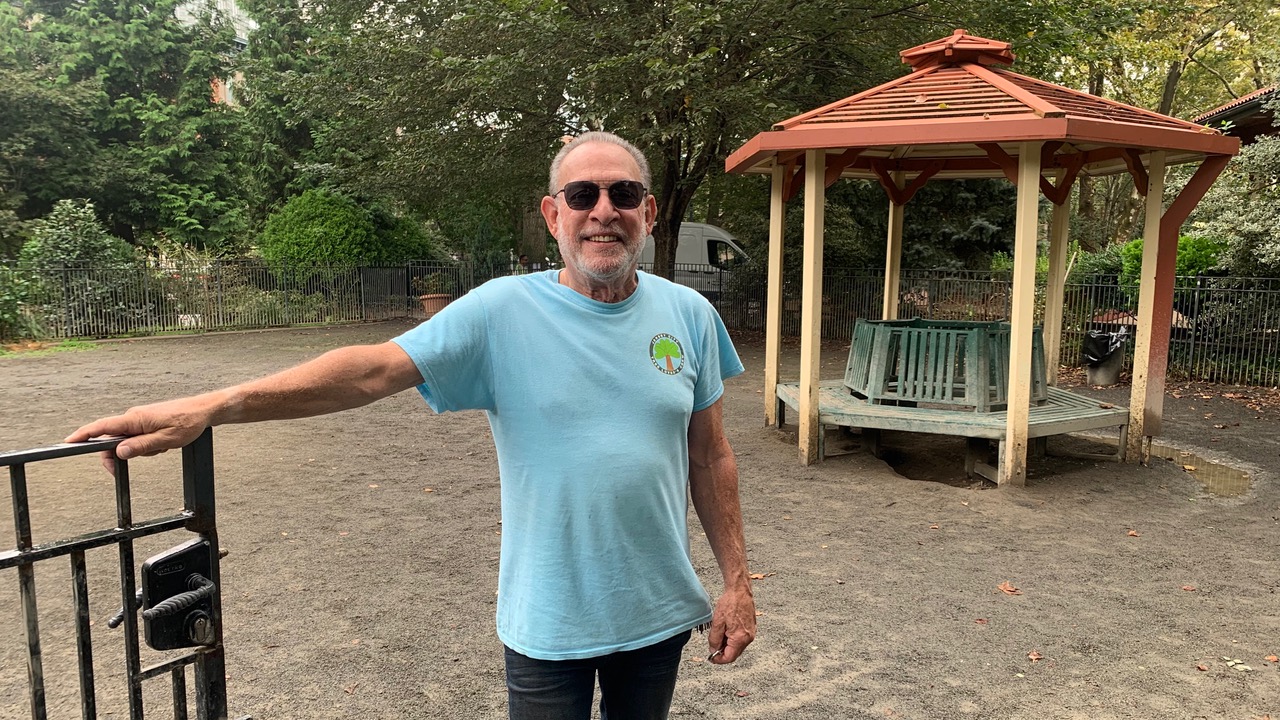 But dog owners will have to shampoo the poo

After fielding complaints for years, Jersey City is finally renovating the dog runs in Hamilton and Van Vorst Parks this fall in order to eliminate the formation of huge puddles after rain. Given the original composition of the runs and the fact that regularly occurring puddles of rainwater were not drained as needed, veritable mini-lakes formed on them that took days to evaporate. The puddles were rife with dog waste, which occasionally sickened some dogs. To make matters worse, the exercise outlets, used by hundreds within each community, were rendered unusable for days at a time.

But all that is about to change according to Marc Wesson, founder of Friends of Van Vorst Park and the park’s unofficial visionary and chief caretaker for 21 years.

“We’ve had issues with the dog run draining for years and the city came up with some money to be able to renovate the surface, which will be now turf instead of crushed granite. It’ll have proper drainage, new bench[es] … they’re removing the gazebo to give more running area for the dogs, new water, drinking fountains, trash cans, hose bibs so you can wash down the new surface,” he explained.

But all this spiffy stuff will come at a price. Users will be expected to flush the spot where Spot did his (or her or their) business to prevent remnants of waste from accumulating and sickening any pet who licked or nibbled the blades. City workers, too, will be required to hose down the areas daily and purify them with disinfectant every few months.

While this will require getting used to, Wesson said he and neighborhood resident Christina Stanfield have already started spreading the word. Once the renovation is complete, the runs will also feature signage with maintenance instructions.

Atwell was part of a group that circulated a petition in the community to ascertain which amenities to add. Be on the lookout for those changes to appear along with the new turf once work in Van Vorst Park is complete.

School Board Candidate Forum Goes Ahead without “Change for Children”...