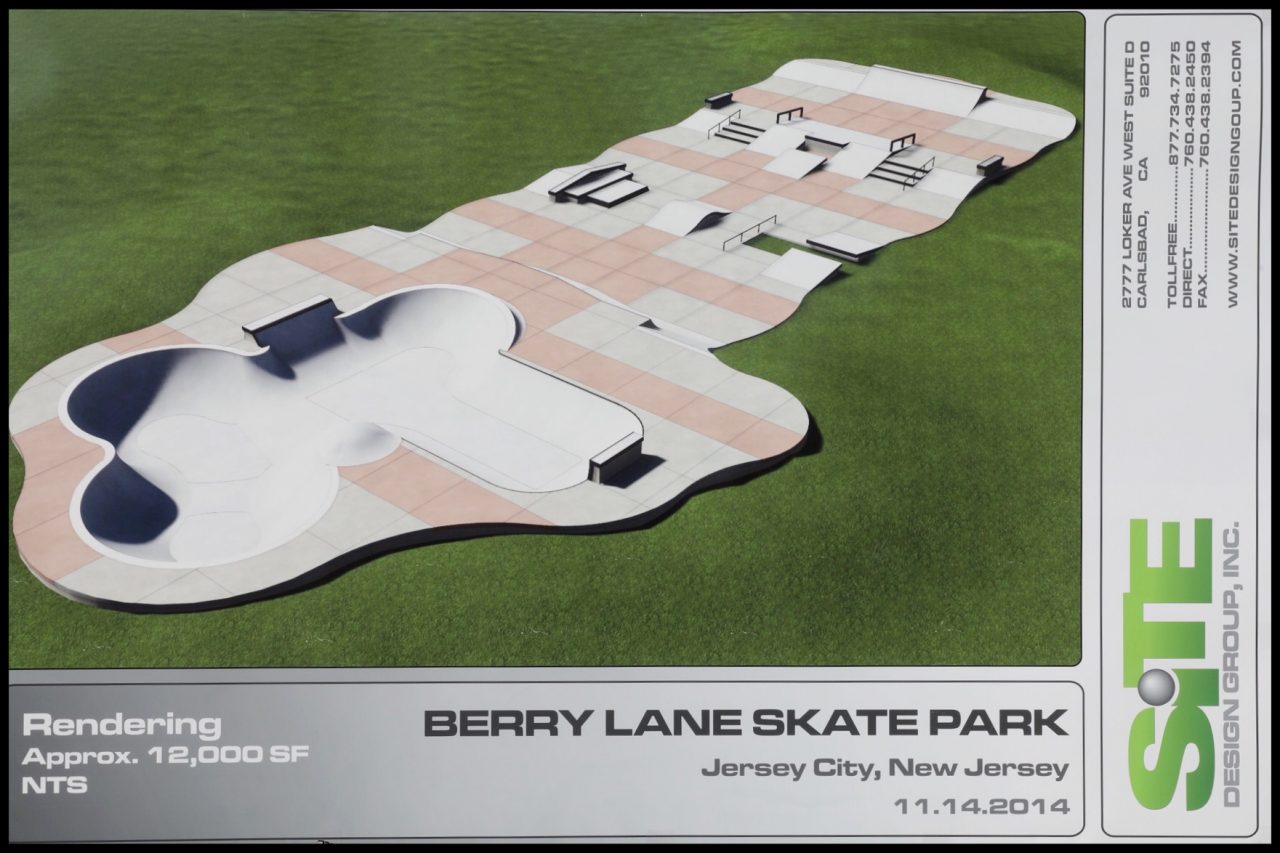 Typically, every morning he takes Gronk, an American bulldog- pit bull-mix, for a stroll along the paths and greenery of the park – the biggest in the city’s portfolio – and both revel in the natural surroundings … here and at Liberty State Park just a bit further south.

“Gronk goes off into the brush where there’s different smells,” Locastro says, “and the paths are clear, and you don’t worry about broken glass. It’s nature. Everything doesn’t need to be flower beds and mulch.”

Actually, there is a small section of the park near the corner of Bramhall Avenue reserved for colorful flower beds, but a visitor can also find in close proximity outdoor gym equipment, an enclosed basketball court, tennis courts, soccer field, playground and splash area and a baseball field.

And now there’s even more coming. Rest assured, it won’t rival the American Dream complex in the Hackensack Meadowlands, but then again, it won’t be a massive parking lot for hundreds of itinerant parkers.

Instead, what the city and Jersey City Redevelopment Agency have billed as the last piece of the sprawling $40 million, 17-acre recreational space in Greenville had an official groundbreaking on Nov. 8. 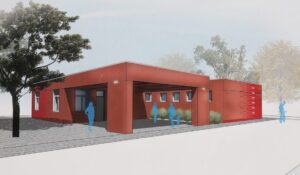 According to JCRA project director Danny Mazario, in six to eight months (– barring any debilitating snowstorms) – city residents should see the completion of a nearly 12,000 square foot skate park that – the  city says, will be “the largest in the city and the first poured-in-place concrete skate park in Hudson County” – along with “a 2,113-square-foot one-story masonry pavilion and covered exterior terrace” that will contain bathrooms, changing rooms, utilities, administrative offices, and eventually a food concession area.

Mazario listed the pavilion contractor as ML Inc., a Passaic-based construction firm, whose website lists among its projects, the Weehawken 9/11 Memorial, the Cedar Grove High School Stadium, the Boverini Stadium in Passaic, the Dayton High School auditorium in Springfield, and the Polish & Slavic Credit Union Bank in Wallington. The Jersey City job will cost $2.8 million, he said.

Mazario said the skate park is being built by Tsivikos Enterprises Inc., of Neptune, at a projected cost of $250,000. On its website Tsivikos says it has a history of doing construction projects for municipal, county, and state government and has developed a specialty in public and private aquatic construction jobs. Whether the firm has done any prior skate parks couldn’t be readily determined.

For the park’s future skaters, here are some features that are to be incorporated into the design: a lay-back bank, hipped quarter pipes, a roller, an A-frame ledge combo, a split-level A-frame with gap, a three-stair rail, bump to ledge, kicker gap, flat rail over gap, clam shell, quarter pipe extension, pump bump. It will also include a backyard bowl at a 6-foot maximum depth with a 3,600-square-foot circumference.

Mayor Steve Fulop recalled that the property “was once filled with old rail lines, junk yards, and auto repair shops” and JCRA Executive Director Diana Jeffrey elaborated, saying that the city responded to pressure from community groups in the ‘90s to clean up the area and build a park — no easy undertaking.

As part of the remediation, Jeffrey said, the city removed underground tanks and disposed of 50,000 tons of soil containing hexavalent chromium along with “historic fill” and then capped the area with clean fill –— all before securing designs for what Fulop called “the area’s premier park as we remain committed to invest in the Bergen-Lafayette neighborhood.”

For Bergen-Lafayette Councilman Jermaine Robinson, the transformation is a sight to behold. “I grew up on Randolph Avenue, and as kids we played on those empty lots that were occupied by closed factories and old junkyards. We jumped the fences and played baseball there.”

At the time, no one warned kids or parents about the presence of toxins in the soil.

And, Robinson said, “there were thousands of kids using that land.”

Meanwhile, the city is trying to make up for lost time, having secured a ton of grant money, including funding from the Hudson County Open Space Trust Fund and from the Tony Hawk Foundation. The foundation picks locations across the nation to invest in building high-quality public skate parks.

Since the park’s official opening three years ago, the Friends of Berry Lane Park has introduced ecological programs like birder visitation, a “weed of the week” cleaning effort, and memorial plantings, along with weekly summer concerts.

Steve Parness, president of the Friends, said the group plans to follow up with activities like local artists’ painting the old coal silos still standing (empty) near the skate park site. “And we hope to present the Harriet Tubman Memorial Garden in 2020,” he added. “With the new pavilion and skate park, Berry Lane Park will become the area’s premier park as we remain committed to invest in the Bergen-Lafayette neighborhood,” Fulop said.