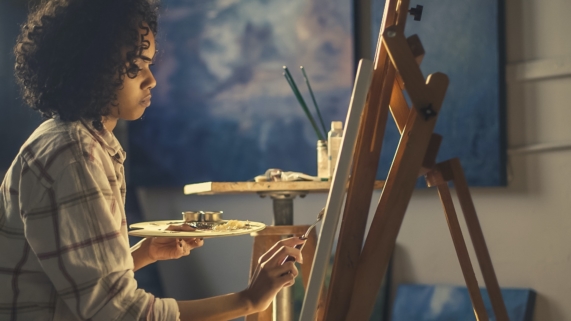 Last November, Jersey City voters chose to create a public fund dedicated to the arts. They did not elect the members of the city council or the mayor to be arts judges.

Yet if the Arts Trust Fund ordinance passes in the form in which it’s currently written, that’s what Jersey City is going to get. Under the draft proposal, the municipal government is involved in every step of the grants bestowal process. If artists want some of that Fund money, they’re going to need direct approval from politicians.

The ordinance that’ll soon go before the city council proposes a three-tiered system for adjudication. Each hoop-jump brings the artist closer to council chambers, where all funding decisions must be ratified. The last word on the worthiness of the proposals will come from the city council itself.

Those of us who’ve followed the progress of the Fund have long wondered who the final decisionmakers would be. Who gets to say whether a project or an arts institution is worthy of public money? We now know. They’ve got reserved parking spaces in the City Hall lot.

If that was the extent of the proposed involvement of local politicians in arts grantmaking, that’d be bad and inartistic enough. It isn’t — not by a long shot. In order for a grant application to reach the city council, it must first be deemed worthy by a review panel and then approved by a wholly separate Arts Trust Fund Committee. The members of the panel, who’ll receive an honorarium for their work, will assess the merit of each project and make a recommendation to the Committee. Anyone involved in local arts can serve on the panel, including out-of-towners; if you’d like, you can even nominate yourself.  But you can’t serve on the review panel without getting the nod from the Committee, and the Committee will be picked by the members of the City Council.

If it sounds like a structure built by politicians, that’s because it was. The draft proposal was composed in part by Ward B Councilwoman Mira Prinz-Arey and by Vernon Richardson, former chief of staff for the late Ward D Councilman Michael Yun, a politician noted for fiscal responsibility.

It’s completely understandable why Prinz-Arey and Richardson would want to write the law the way they have: They’re guardians of the public purse, and they’d surely like to maintain as much oversight as they can. We still don’t know how much money the new arts tax is going to raise, but at up to two cents of every one hundred dollars levied on property, it’ll be more than just a drop in the bucket.

Not everybody in Jersey City supports municipal money for the arts. Taxpayers are counting on the city council to keep a close eye on the bottom line. What’s tougher to understand is why the Jersey City Arts Council, which was instrumental in the public campaign that made the Arts Trust Fund a reality and which unofficially helped write the ordinance, would acquiesce to any of this. Its willingness to wave the white flag so quickly is dispiriting, and it betrays a lack of confidence.

Whatever their legislative talents may be, the elected officials at City Hall have never distinguished themselves as art critics. Final decisions ought to be made by those who’ve demonstrated the ability to recognize aesthetic merit. It hasn’t been made clear by the drafters of the ordinance why they believe that politicians ought to be involved in arts evaluation at all. Frankly, the burden of proof is on them.

It’s possible that the city council won’t quibble too much about the Committee’s selections. They may be disinclined to get into the minutiae of individual proposals, so they may wind up rubber stamping the recommendations. Nevertheless, the tight control that the council will have over the composition of the Committee (not to mention the Committee’s influence over the panel) is troubling. It suggests that the government is still too frightened of artists to hand any real authority over to them and that artists are too timid to seize that authority for themselves — even after they’ve gotten a mandate from the public to do just that.

The designers of the ordinance are also plainly worried about the perception of favoritism. They’ve gone out of their way to limit the role that sitting members of the boards of arts organizations, and even arts organization staff members, can have in the grantmaking process. If your institution is up for a grant, you’re prohibited from filling a seat on the review panel or the Arts Trust Fund Committee. Again, this it’s understandable, and, in spirit, commendable. But that decision is going to sideline an awful lot of people who’ve shown sound judgment about the quality of local projects. It wrests control away from committed arts advocates and arts leaders, makes peer review among artists difficult, and gives it to those directly appointed by non-artists who already wield plenty of power in civic life.

The selection of Committee members by the six ward council people is meant to encourage diversity in grant selections. That, too, is forward looking: There’s lots of great stuff happening beyond the boundaries of Ward E, and those works merit more attention than they currently get. Nevertheless, this commitment to inclusivity is undermined by the speed with which this plan is set to be implemented. The municipal government intends to begin giving out money this December. That’s going to provide a powerful competitive advantage to those organizations that are already experienced in the arcane arts of grant writing. The Jersey City Arts Council and the Office of Cultural Affairs intend to embark upon an outreach campaign, teaching individual and non-institutional artists who don’t know much about grants how to put a proposal together. They’ve got an awful lot of education to do in a short time.

That November election was no squeaker. Almost two thirds of those who voted on the referendum to create the Fund approved the measure. By a considerable margin, Jersey City voters, who are already taxed plenty, agreed to a new tax meant to benefit artists.  This is something that the town wants, and supporters of the fund are flying with the tailwind of public excitement. Nevertheless, there’s no guarantee that people will continue to be so enthusiastic. Ultimately the Fund will be judged by the quality of the work it supports and facilitates. If the city wants to keep this initiative as popular as it was when it was passed, they must give more decision-making latitude to artists themselves and take the politicians out of the process. They need to avail themselves of a skill that artists know all about: revision. Rip up the draft, and rewrite it. 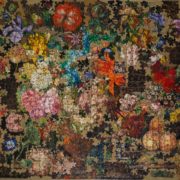 What’s Next for the Arts and Culture Trust Fund?