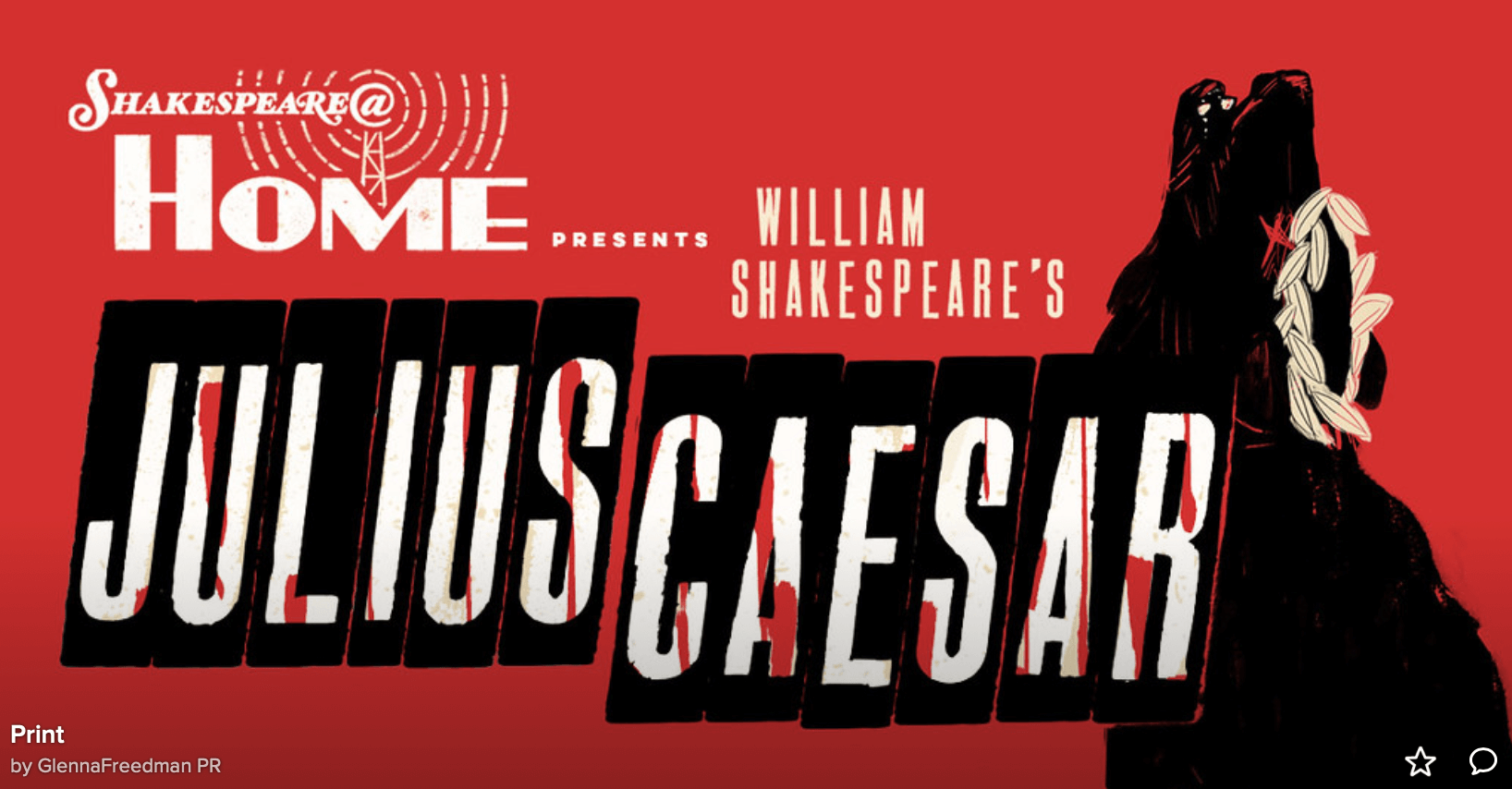 Produced by Jersey City’s Shakespeare@, this audio production is the third installment of the season, produced, adapted and directed by Artistic Director Sean Hagerty.

Julius Caesar is one of Shakespeare’s best known and most often quoted plays, chronicling the political and moral crisis of Brutus and his fellow conspirators as they plot to murder Caesar to prevent a dictatorship. First performed in 1599, this timeless play examines the razor-thin line between power and corruption, duty and ambition, and the perils of a state divided.

Hagerty views the play as incredibly timely, explaining “In our current fractured, hostile, and divided discourse, I have always felt the play particularly resonant. But in the past few months alone, as we have watched our nation slip perilously close to the cliff-edge of democracy, I can think of few better plays that cry out to be heard.”

Julius Caesar features original music composed by Joan Melton with sound design by the Emmy-winning team of Dan Gerhard and Ellen Fitton of Sonic Designs. Justin Goldner is the music producer and supervisor, and casting is by Robin Carus. Sydney Steele serves as the Associate Producer.

To listen to Julius Caesar online and see the full schedule, visit www.shakespeare-at.org. The production will also be available on Spotify, Apple Podcasts, Soundcloud, and Stitcher. The performance is free to all listeners on all platforms. Previous episodes of the season (Richard II and The Tempest) are also available to download.

Shakespeare@ made an auspicious live debut in 2019 with Hamlet starring Jonathan Forbes and released their first two ‘radio’ plays of the season with Richard II and The Tempest for their newly created Shakespeare@ Home series in 2020.

Shakespeare@ was founded to deliver accessible interpretations of classic works with a focus on international and cross-cultural exchange.  Its live performance debut, a lush 2019 production of Hamlet starring Jonathan Forbes, garnered rave reviews and was hailed as “theatrical perfection,” selling out its run at Grace Church Van Vorst in Jersey City.  Hagerty says, “After our 2020 season was lost, we re-structured our format to continue productions, employ artists, and serve our mission.” He conceived the all-sonic performance project, Shakespeare@ Home, to recapture the great heyday of serialized radio drama of the 1930’s and 40’s. The first two productions, Richard II and The Tempest received accolades from critics and audiences alike.