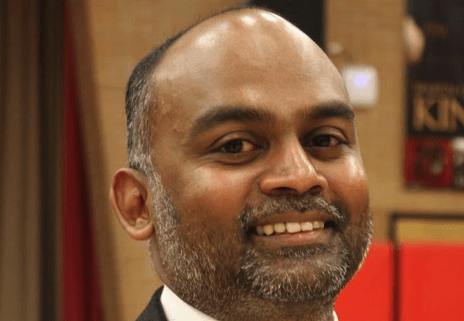 New Jersey Attorney General Gurbir S. Grewal announced on Dec. 19 that five current and former public officials have been charged with taking bribes as part of a sweeping political corruption investigation by the Office of Public Integrity and Accountability (OPIA), according to a news release from Grewal’s office.

Current Jersey City Board of Education President Sudhan Thomas is among those charged as a result of the investigation. Thomas is specifically charged with second-degree acceptance or receipt of unlawful benefit by a public servant for official behavior, according to Grewal.

According to the AG, between May and July of this year, Thomas allegedly accepted two cash payments totaling $35,000 from a witness who cooperated with the OPIA investigation. The first payment was for $10,000 while the second totaled $25,000. In exchange for the payments, Thomas promised the cooperating witness a contract to be a special counsel for the school board. As part of the scheme, according to Grewal, Thomas and the witness discussed specific assignments the witness could do on behalf of the school board as part of the contract. In a statement Thursday evening Thomas denied the allegations against him.

Among the details released Thursday by Grewal was a partial transcript of a conversation that allegedly took place between Thomas and the cooperating witness. According to the brief transcript, the witness said to Thomas, “Make me the special counsel for—” To which Thomas allegedly replied, “real estate.” The witness then added, “Yeah, real estate. That’s perfect.” Thomas responds, “Yeah, nobody questions anything. Nobody questions all of that stuff.”

Thomas ran for reelection last month but lost his bid to return to the nine-member school board. His current term on the board ends on Dec. 31.

“We allege that these political candidates were all too willing to sell the authority of their public office or the office they sought in exchange for an envelope filled with cash or illegal checks from straw donors,” Grewal said Thursday. “This is old-school political corruption at its worst, the kind that undermines the political process and erodes public faith in government. We are working through the Office of Public Integrity and Accountability to create a culture of accountability in New Jersey, where public officials know they must act with integrity or else face the consequences.”

The OPIA investigation began in early 2018 and specifically targeted political figures in Hudson and Morris Counties. According to Grewal’s office, the investigation zeroed in on officials who had allegedly solicited illegal campaign contributions from the cooperating witness in exchange for promises of government work in the future.

“I am not guilty and will be vigorously fighting the charges,” Thomas said in a statement Thursday. He alleged that he was targeted by Attorney General Grewal because he exposed alleged mismanagement and misappropriation of money in the Jersey City Employment and Training Program, where he served as the acting executive director until last summer, following the messy departure of the previous director, former Governor Jim McGreevey. Thomas did not state why exposing the alleged mismanagement would make him a target for Attorney General Grewal. 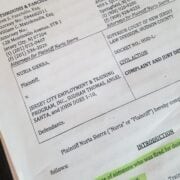 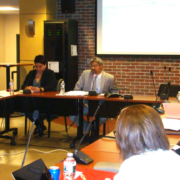 Craft Breweries and a Distillery: Tour the Tasting Rooms of Jersey City
wpDiscuz Scroll to top