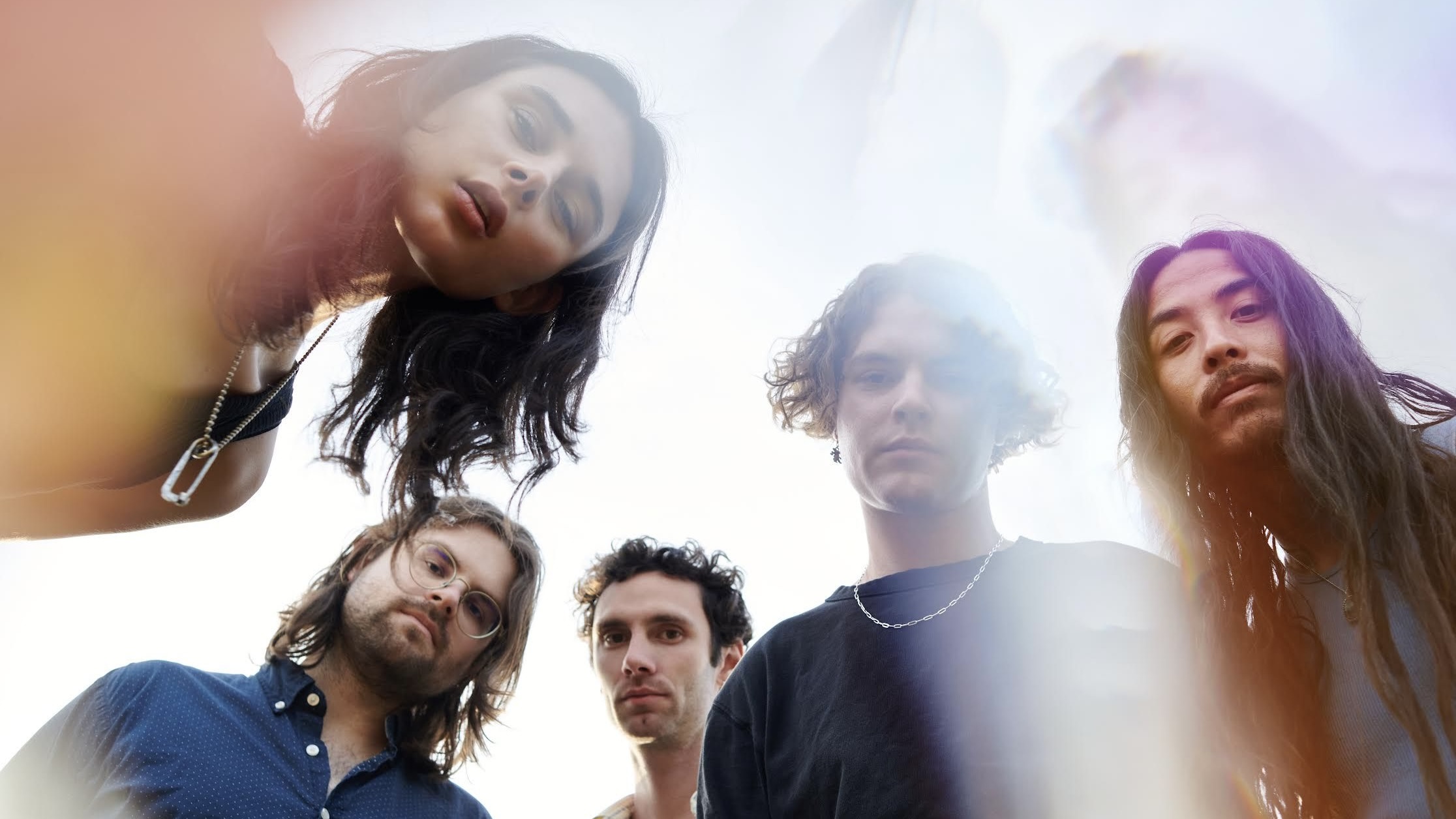 GIFT, depicted above, will play White Eagle Hall on Sept. 16

A year ago, White Eagle Hall (337 Newark) announced a change in management. Musicians and music fans in Jersey City, accustomed to disappointment, braced themselves for the worst.  Would bookings deteriorate?  Would they become more sporadic, or disappear altogether?  Jim Testa acknowledged in the Jersey Journal that the deal “immediately raised alarms.”

I was among the alarmed.  I feared that the venue would lose some of its distinctive character — one that’d been built by extremely judicious selection of attractions. White Eagle Hall never played to the lowest common denominator. Instead, the room impressed by booking thoughtful folk-rock and pop-rock, with a particular emphasis on the clade of emerging female singer-songwriters (Adrianne Lenker, Japanese Breakfast, Lucy Dacus, Julien Baker). How much of that personality would White Eagle Hall retain?

Just about all of it, it’s turned out.  Bookings at the flagship Jersey City music venue didn’t dip in quality at all.  Instead, White Eagle Hall has broadened the offerings, and supplemented the folk-rock acts with other shows by good artists in related styles. In September 2022, they’re offering their best slate of concerts ever — a roster of musicians renowned for putting on exciting shows and for making innovative records, too. Some of these artists have global reputations, and some are only known locally.  What unites them is their creativity and commitment to innovation. So while there are plenty of great concerts happening around Jersey City this month, including local hellions Wyldlife and Shred Flintstone raising a racket at Pet Shop (193 Newark) on Sept. 3 and Dominican bachata sweet-talker Zacarías Ferreíra at The Factory (451 Communipaw) on Sept. 24, we’re picking six shows that’ll be held at the restored theater at the Western fringe of the Downtown.  It’s all White Eagle Hall today.  And White Eagle Hall deserves the accolades.

When people call Austin a great music city, it’s the presence of groups like White Denim they’re talking about. Then again, there aren’t a lot of groups like White Denim — in Austin or anyplace else. Though their instrumental talent is evident and their singing voices are great, and they could probably score hits if they really wanted to, they proceed with complete indifference toward genre or commercial expectations. Instead, their sound is a sizzling reduction of classic progressive rock, psychedelic weirdness, zonked country, blues freakouts, ‘70s sophistipop a la Steely Dan, bruising punk, and poised electronic jazz. A White Denim show is an exhilarating trip atop the whirring blades of the blender, but they can slow it down and get pretty when they want to, as they demonstrated on their fine 2013 full-length “Corsicana Lemonade.” They’ll never play by anybody’s rules but their own, which, come to think of it, makes them a fine fit for a New Jersey audience. Locals The Dracu-Las, garage rockers with a ‘60s girl group influence, open the show. ($20, 7 p.m. doors, 8 p.m. show.)

On 2006 full-length set “Fox Confessor Brings the Flood,” singer-songwriter Neko Case demonstrated how to bridge the gap between spectral country music and irreverent, unpredictable indie pop. In so doing, she anticipated the sound and feel of much of modern alternative folk music, including the fatalistic folk of Phoebe Bridgers, the lonesome longing of Julia Jacklin, and even the recent cottage-core moves made by Taylor Swift.  But nobody has Case’s specific gift for arcane language and wordplay, or her peculiar ear for folk melody.  And it’s not like she’s stood still since: her subsequent records, particularly “Middle Cyclone,” continued her investigations into the fine line between human nature and animal abandon. She’s also one of the voices of The New Pornographers, and she’s been the star of some of their best songs, including “Challengers” and “Letter From an Occupant.”  But she won’t dip too deeply into that songbook at White Eagle Hall. She’s got more than enough winning material of her own. ($41, 7 p.m. doors, 8 p.m. show.)

Tom Barrett was a core member of two of the most noteworthy groups to emerge from Jersey City underground in the past decades — the globe-trotting, scene-painting American Watercolor Movement and the dream-drenched Overlake. On his own, Barrett likes to pare things back. His solo recordings are pretty acoustic whispers, unless he’s plugged in and roaring with his formidable band the Cuts. He’s sharing the evening with four other Jersey City acts: the fuzzed-out popsters Sunshine & The Rain, incendiary punk rockers 50ft Furies, the earnest, anthemic C.R. and the Nones, and the offbeat folk and bluegrass singer-songwriter Sean Kiely. They’re calling it the Jersey City Jubilee, and it’s a condensed version of a local scene comprised of groups that aren’t quite popular enough to fill White Eagle Hall on their own, but who ought to do just fine as part of a bill.  For the price of a cocktail at the Pet Shop, you could, in a single evening, familiarize yourself with the state of Hudson County independent rock music. ($12, 7 p.m. doors, 8 p.m. show) 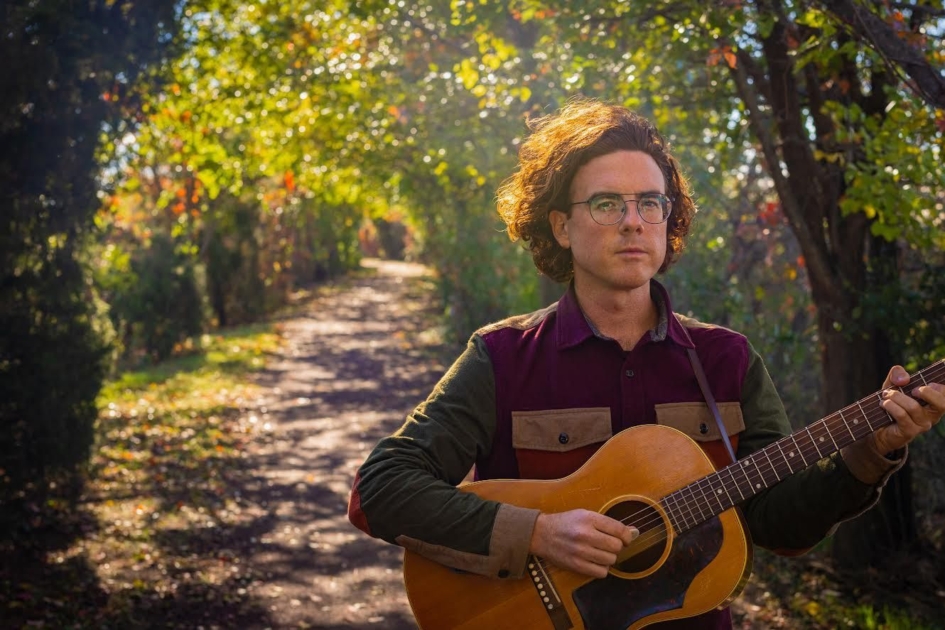 Nation Of Language and GIFT (September 16)

The members of Nation Of Language call themselves a New York City band, but that’s a bit misleading. Two of the three members of the group — singer Ian Richard Devaney and bassist Michael Sue-Poi — had last been spotted in the Static Jacks, a profoundly underrated Strokes-like post-punk band from Westfield.  For their latest gig, they’ve traded the six strings for synthesizers, and thrown themselves back to the deepest, gloomiest, most synthetic part of the new wave. “A Way Forward,” their 2021 set channeled the chilly spirit of Yaz and Orchestral Maneuvres in the Dark. Part of that is because of Devaney’s doomsday voice, which pairs exquisitely with an analog synth riff. But most of it is the group’s impeccable attention to period detail. The same could be said of openers GIFT, a new band on the Dedstrange label founded by Oliver Ackermann of A Place to Bury Strangers. The group nails the shoegaze sound with astonishing fidelity: they’ve got the layered guitars, gauzy vocals, synthesizers and machine-like beats in place, and bandleader TJ Freda, who assembled the whole thing at home, is likely to be the genre’s next bedroom auteur. I would not be surprised at all if this double bill turned out to be the highlight of a spectacular White Eagle September. ($25, 7:30 p.m. doors, 8:30 p.m. show.) 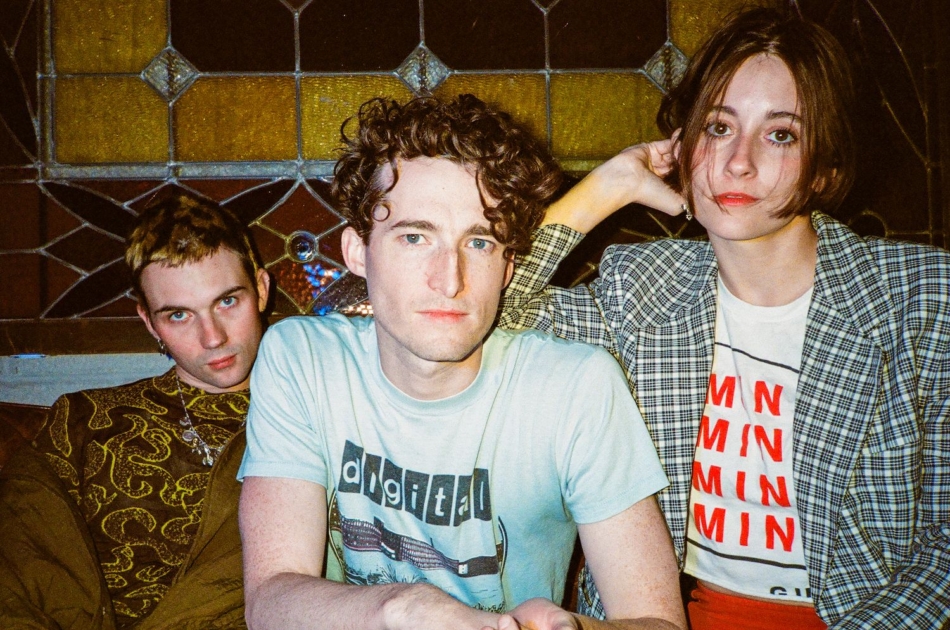 Not everybody liked “Seek Shelter,” the fifth album by Copenhagen post-punk band Iceage. But it’s hard to argue that the 2021 set wasn’t ambitious. The quintet spiked their post-punk with allusions to the sound of classic rockers, Britpop groups, and Celtic folk artists. A band that had played things as tight, straight, and controlled as a river in a levee had suddenly crested over the banks.  The result was exciting, and unexpected, and sometimes deliberately challenging, but never uninteresting. Their adventurousness extends to their choice in touring partners. At White Eagle Hall, Iceage shares top billing with Earth, hard rock lifers who began their ministry decades ago as an early doom metal band, and has pushed further into drone music, hypnotic repetition and howling minimalism from there. The 2019 set “Full Upon Her Burning Lips,” the group’s ninth album, is a brooding symphony of recursive riffs, loop-like drum parts, and six-string notes held way longer than physics seems to allow. ($25, 7 p.m. doors, 8 p.m. show.)

There are psychedelic bands, there are space-rock bands, and there are noise-rockers. Then there’s Spiritualized, the one-of-a-kind project that simultaneously synthesizes and transcends all those categories. No group has burrowed deeper into a dangerous headspace than Jason Pierce’s formidable combo has, no band has suggested the experience of interstellar travel with any more hallucinatory intensity, and no group has made feedback and squalling distortion signify any more profoundly. They’ve done it by getting in touch with the gospel and spiritual roots of the styles they’ve reanimated; they may not be believers, but records like the ecstatic “Ladies and Gentlemen We Are Floating in Space” and “Lord, Let It Rain on Me” manage to be religious music anyway. “Everything Was Beautiful,” the group’s most recent album, finds Pierce at his most assured, drawing with equal confidence from Krautrock, church music, and the Stooges. It’s a set made for the road — a place where Spiritualized has always excelled. ($45, 7:30 p.m. doors, 8:30 p.m. show.)