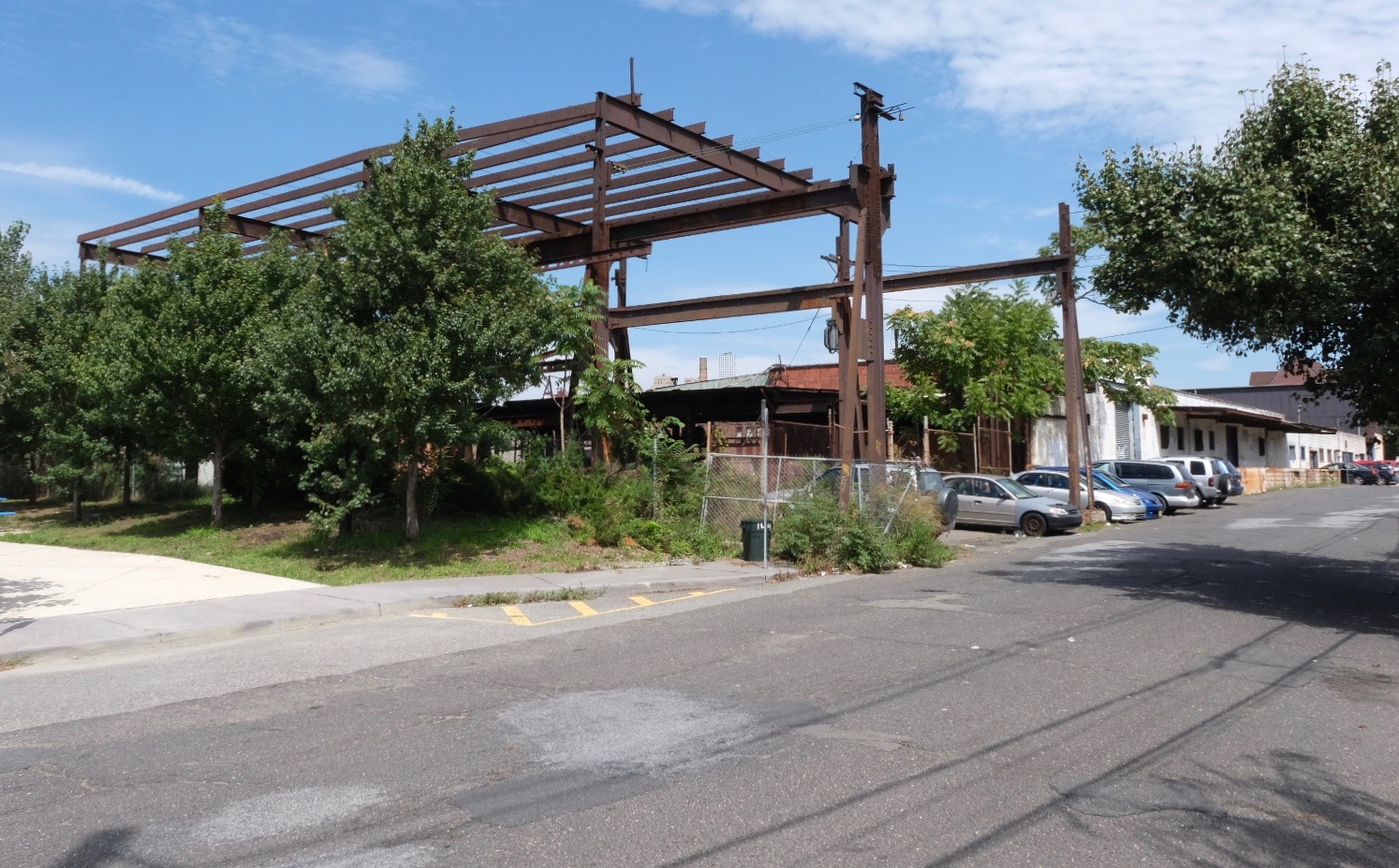 Community “givebacks” notwithstanding, a mixed-use development that would include a recreation center that is proposed for the northern edge of Berry Lane Park in Ward F is facing stiff opposition from residents.

Speaker after speaker at a Sept. 2 Zoom meeting hosted by the Morris Canal Community Development Coalition, a community group advocating for sustainability and affordable housing, slammed the prospective builder’s plans as detrimental to the neighborhood.

And several called out Ward F Councilman Jermaine Robinson, a proponent of the project, for selling out his constituents.

Skyline Development Group, headed by Lou Mont, wants to acquire the property at Communipaw and Woodward Aves., which is currently occupied by MacElroy Steel, tear it down, and put up a 361-unit, three-tiered high-rise up to 17 stories tall with retail space and a 284-space parking garage.

Eighteen of the apartments—5% of the total—would be designated as “affordable” units.

Mont says he’ll deed over to the city a portion of the 3-acre project site and build a two-story, 22,000-square-foot structure that would serve as the city’s first youth rec center. He says he’ll provide “low-rent” space in the project’s retail section to accommodate eight Minority Business Enterprise “incubator” offices.

Mont, who says he won’t ask the city for a tax abatement, will need the city to amend its redevelopment plan for that area—currently zoned for industrial use—to permit a mixed residential/retail use.

CDC founder and CEO June Jones griped that Skyline has shared no hard facts on “the financials,” making it hard to tell “if the project is real or sustainable.” Further, Jones said, it’s unlikely the steel plant owner will sell his property “unless the developer gets a variance for residential [use] and density.”

As for the rec center Mont is offering the city, Jones said that could be more of a drawback than a giveback. “We need to be able to pay for that,” she said, noting that it will fall to the city to find funding to maintain the building and operate programs there. (Councilman Robinson has said the city would likely have to rely on grants due to lack of budgetary allocations for that purpose.)

Nor, said Jones, has the city provided any information about what programs it would run for community youngsters at that facility.

“We are not against a rec center,” Jones said, “but we are against the councilman and the developer meeting on this project for two years without giving us any details.”

Mont says the center could support classes in STEM (science, technolog, engineering, and math), but Jones said, “we have them already” in the neighborhood at a Pacific Avenue facility, “which also has social services.”

Better to “reinvest in what we have”—expanding Berry Lane Park—instead of overburdening the neighborhood with a “luxury rental high-rise only offering 5% affordables fronting smack on Communipaw Avenue,” Jones said. “For the cost of what we’re sacrificing [in potential parkland], there’s not a whole lot we’re getting back.  We can find alternate spots for a rec center.”

Even a steadfast supporter of local youth recreation programs like Frank Gilmore found the rec center plan sketchy. Gilmore said the newly reorganized city recreation department lacks “the financial wherewithal to handle the overhead [for the proposed center] and that’s huge. We have to make sure everything’s in line” before accepting the developer’s plans.

Beyond that, Gilmore said, “I’m scared of 17 stories because it would set a precedent.” And, ultimately, he said, “it may force out the one-level row-houses [on Woodward, opposite the project site]. Where’s the city’s long-term commitment to preserving our neighborhoods?’’

Echoing that concern, Allison Trimbell said she, too, was “scared what may come after that” if the Skyline plan is accepted by the city. Trimbell said that based on her projections, the developer “is going to make his money back very quickly” while the city “just cut 43% of its recreation budget. And we’ll be left with a $5 million shell of a building [the proposed rec center] with no further investment [by Skyline].”

Mangelin Rivera offered another take on the proposed residential tower. “They’re putting in a 17-story building next to a park,” she said. “If a park has no sunlight, what’s the point of a park?” Rivera wondered why the developer in prior meetings with neighbors never presented any “shadow renderings.”

Instead of inserting a giant building on the site, according to a speaker named Dillon, much better would be to develop “a vertical farm” which could “feed local residents through local produce” grown at the site.

For William Wychakinas, the developer’s incubator retail pitch left much unexplained. Mont’s plan calls for eight spaces renting at $7 per square foot, Wychakinas said, “but he offered no clear method for how people get them.” And, he said, Mont suggested he “may be raising those rents when a business gets more successful. I don’t see much benefit there.”

And a speaker named Chris urged consideration of a “general standard” for weighing all giveback proposals in terms of “what you get for what they get. This [project] is going to be a catalyst for future development in the neighborhood. There has to be some kind of threshold.” He also suggested taking a look at the RAD (Revenue Allocation District) strategy as a way of funding infrastructure projects in a redevelopment area as a way of “spreading the [fiscal] burden more evenly.” (According to the law firm McManimon, Scotland, Bauman, RAD financing “allows a municipality to pledge the increase in taxes resulting from a redevelopment project to the repayment of bonds issued to finance the project.”)

Ultimately, said Jones, “the Jersey City Redevelopment Agency is supposed to make sure all developments are based on community consensus,” but “they’re ramming this project down our throat. We need to look at legal approaches because the community has been totally disrespected.”