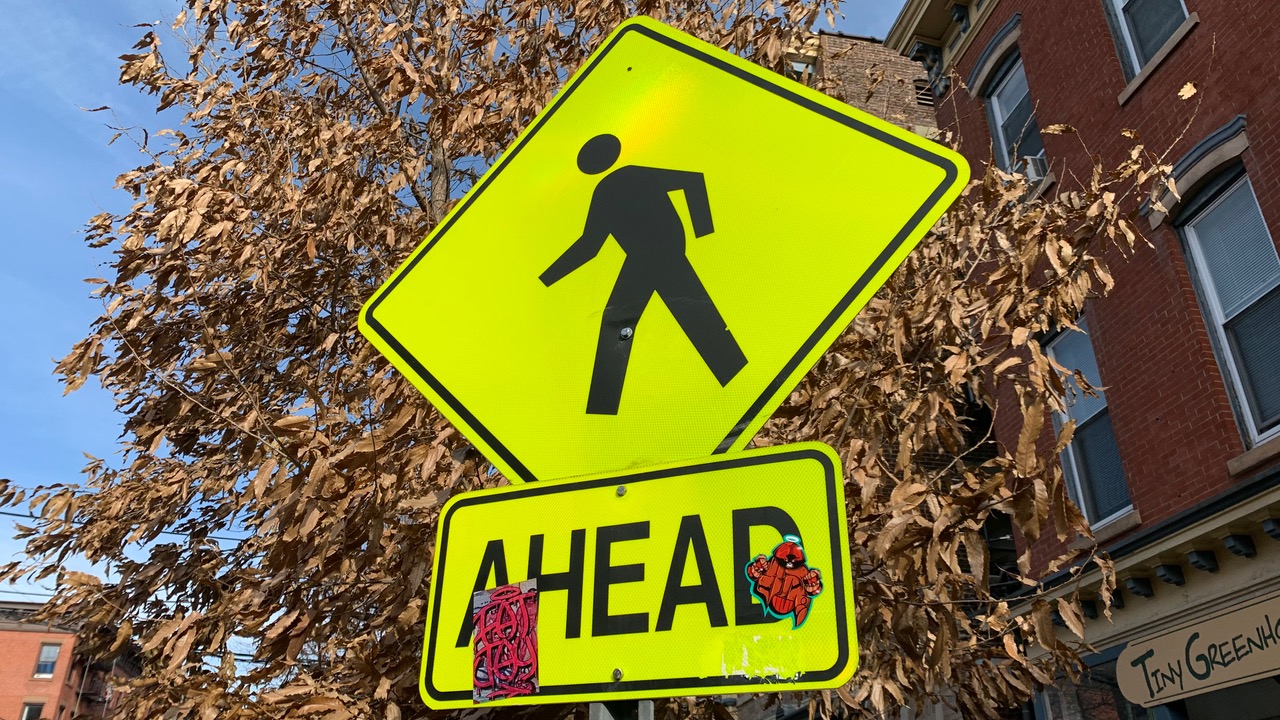 Throngs of Jersey City residents filled the reception room at the Hank Gallo Recreation Center in Lincoln Park Dec. 14 to press city and county government for reforms to prevent the seemingly endless incidents of traffic-related violence.

The gathering was co-organized by Ward B Councilwoman Mira Prinz-Arey and Colin DeVries, head of the advocacy group Lincoln Park Neighborhood Watch. Jersey City’s west side this year has seen a number of horrific accidents involving drivers, bikers and pedestrians.

Jersey City isn’t alone in dealing with the issue, DeVries noted. “2021 is on track to be the deadliest year for pedestrians in more than three decades. As of Dec. 8, 203 pedestrians [statewide] have been killed by traffic violence,” he said, citing New Jersey State Police data.

And, he added, “14 of those deaths occurred right here in Jersey City, which is the highest number of pedestrians killed by traffic in this city in at least seven years” — well above the city’s average of nine traffic-related deaths a year between 2008 and 2017.

In 2019 Jersey City issued a “Vision Zero” Action Plan for having zero traffic fatalities and serious injuries by 2026. The plan identified certain roadways —like Kennedy Boulevard—as part of a “high injury network” along which more than half of the city’s traffic fatalities and/or injuries occur as locations where the city could focus anti-accident strategies such as road re-designs, road bumps, new traffic safety laws and promoting alternative travel options like walking and biking. One such road is Kennedy Boulevard, which runs the entire length of Hudon County and is used by 24,000 vehicles per day.

Acting West District Police Capt. Joseph Olszewski said he has maintained West Side traffic patrols between 8:30 and 11:30 a.m. and 4:30 to 8:30 p.m. in an effort to “slow down traffic so that not everybody’s flying around.”

But Olszewski acknowledged that, “If calls [for responses to crimes and other matters] get hectic, we’ve got to pull them off traffic.”

Residents like Charlene Burke wondered how long those patrols would remain in place. “We’ve heard these speeches before,” she said.  “We need something long-term for 2022” particularly along stretches of Kennedy Boulevard between Communipaw Avenue and Montgomery Street which, she said, has become a speedway leading to several fatal crashes. Indeed, three pedestrians have been killed on Kennedy Boulevard in Hudson County this year.

“We need 21 votes in the Senate and 41 in the Assembly to get a bill passed,” O’Dea said. “Maybe we could do it as a pilot program [in Jersey City].”

Cunningham said she supports such a proposal “but nothing will happen until after the [state legislature’s] lame duck session is over after Jan. 7. It’ll be easier at that point. A pilot may be the way to go.” And, she added, “it’s easier if you have community support.

Still, some residents, like Kendall Martin, cautioned against focusing exclusively on errant motorists when there are plenty of careless pedestrians and bikers creating hazards, too. Cyclists “ride around all in black at night, without helmets” thereby creating potential hazards, he said. Jaywalkers are equally to blame, he added. “People walk around here, like willy-nilly.”

Lisa Schnettler griped about privately operated pickup car services “pulling in and out” of curbside spots without warning and drivers running red lights, the latter a situation she said, has “gotten worse”, calling for “targeted enforcement.”

Several residents complained about motorized cyclists riding on sidewalks without regard for pedestrians and about riders of mopeds without plates or registrations.

Devi Krakowski called for the state to crack down on drivers distracted by using cell phones and to do something to relieve daily rush-hour logjams along Rt.440 south of Communipaw Avenue.  O’Dea said he intended to convene a public meeting soon on the Rt. 440 bottlenecks. “That’s a serious issue,” he said.

And Tony Borelli, a member of BikeJC, said the city needs to go further when redesigning its streets, raising crosswalks, installing barriers to protect bike lanes, and the like to promote traffic safety.

“We have an opportunity now to think bigger,” DeVries said. “There is $1.2 trillion in [federal] infrastructure spending coming to states and municipalities. The law creates the first-ever Safe Streets and Roads for All program to support projects that reduce traffic fatalities, that includes money for traffic calming and automated enforcements. Right now, [Kennedy] Boulevard is like a home in the middle of a remodel, and it is practically unlivable. Cross walk buttons don’t work, new sidewalk ramps and crosswalk lines don’t line up, there are open gashes in the asphalt at the corners, the speed feedback signs are … not turned on or, worse, installed at the wrong places and placed directly behind the few trees left on the Boulevard,” he said.

Although West Side Avenue will soon be refurbished, the design lacks a bike lane despite the city’s bike master plan showing a protected bike lane going from Broadway to Danforth Avenue, according to DeVries.

“Let’s not miss another opportunity to support safer, more equitable, climate-friendly mobility in a city where 47 percent of the population use public transit to get to work, 38 percent of households don’t own a car, and many others would prefer not to have to own a car,” he said.