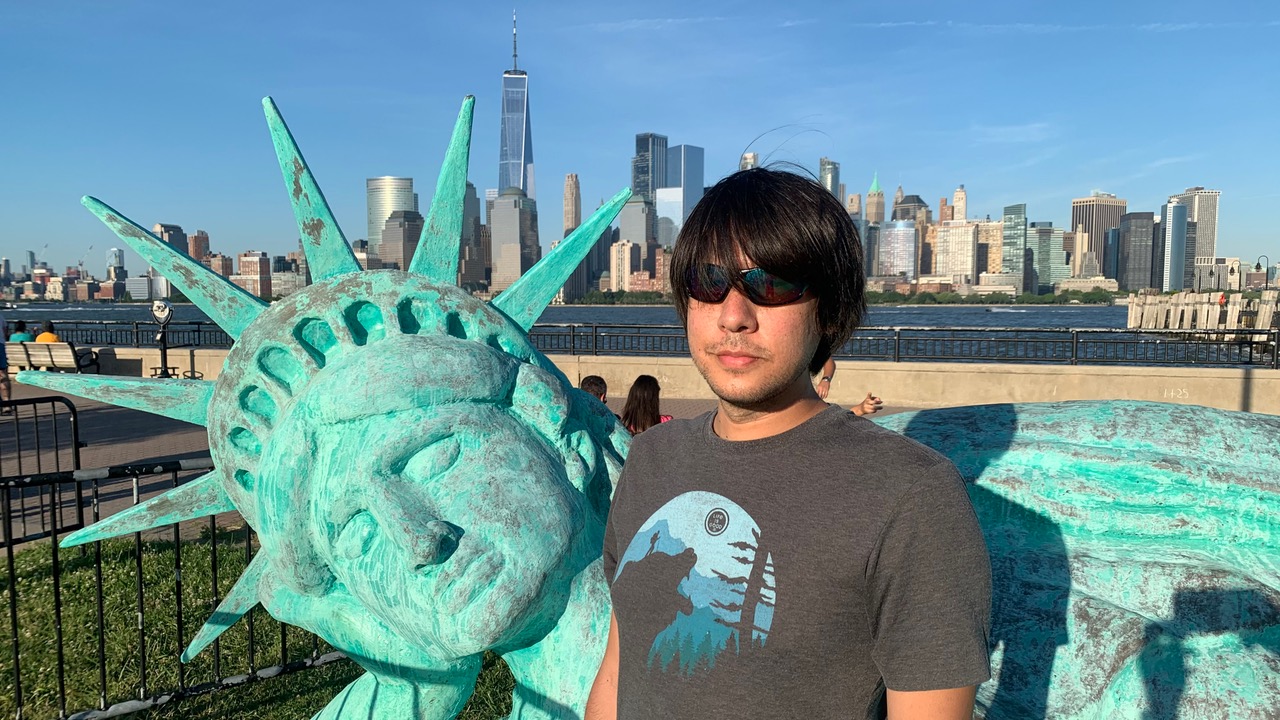 On a recent afternoon Zaq Landsberg, with paintbrush in hand, was carefully touching up his sculpture “Reclining Liberty.”

“There’s kind of a secret sauce” to the paint he says. Unlike the real Lady Liberty, which is actually made of copper, it’s the paint that gives Reclining Liberty her green copper patina.

Reclining Liberty was first commissioned for Morningside Park in 2021. With the help of a Kickstarter campaign and the Exchange Place Alliance, it was moved to its present location next to the Central Railroad of New Jersey Terminal in Liberty State Park in the Spring.

Landsberg, who received a B.A. in fine art from N.Y.U. and focuses on public art, made the statue from a building-type foam and plaster resin.

As he paints, Lansberg explains that he had been thinking a lot about monuments, the Statue of Liberty and Harlem when the idea for the sculpture came to him. “The actual statue is in New York harbor, the center of global capitalism. It’s set apart from the city. I wanted to do something that would talk to the people in Harlem’s relationship to patriotism, how their relationship to symbols of liberty might be different from a German immigrant’s who came through Ellis Island.”

But beyond its New York centered references, Reclining Liberty pays homage to the reclining Buddhist statues of Asia. “In the West, everything stands up all the time” he says. “In the Buddhist conception Buddha is shown in the lotus pose, standing up or lying down like this, which is depicting different cycles.”

“Maybe there’s a little of the decline of the American empire here but it isn’t death in the Western conception but more like transition.”

The statue appears to resonate. On any given day, children can be seen climbing on it. Visitors pose for photos with it.

Landsberg hails from L.A. but now lives in Brooklyn. In August, he will be showing a new sculpture in Harlem Art Park and has other works going up on Staten Island.