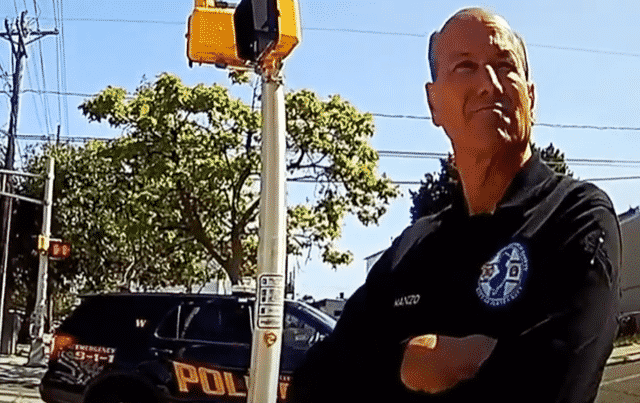 Michael Manzo, an aide to Director of Public Safety James Shea and who is under investigation for assault, is once again at the center of controversy.

According to a report in Jersey Digs, Manzo has been sued by a developer who alleges that Manzo revoked the developer’s permits and “effectively shut down” his construction sites to “teach [the developer] a lesson.” The developer was told that he “needed to become friends with…Michael Manzo lest he suffer the wrath of Manzo’s heavy-handedness.”

The lawsuit accuses Manzo of “misusing the power of his official position to deprive plaintiffs of their constitutionally protected property rights.”

The developer is renovating two buildings on Waverly Street and Charles Street in The Heights and apparently needed traffic permits to close the sidewalk and street near the properties. The lawsuit alleges that the developer inadvertently posted the paperwork at the wrong properties but that the mistake was “trivial” and quickly corrected.

In January, Jersey City Times reported that the Hudson County Prosecutor’s Office was investigating a report, bolstered by an eye-witness, that Manzo and his son-in-law had beaten up a man they accused of breaking into the son-in-law’s car. The victim was later taken to to Jersey City Medical Center and treated for a broken jaw.

The assault was not Manzo’s first legal entanglement. In 2009, he pleaded guilty to conspiracy to commit extortion, admitting that he had accepted $5,000 from Solomon Dwek, a federal informant posing as a developer, in exchange for the promise of future help with a development on Garfield Avenue. Manzo was one of 44 public figures arrested in Operation Bid Rig. At the time, Manzo was a candidate for Jersey City Council, a race he ultimately lost. Charges against Manzo were dropped when a court determined that the charges only applied to elected officials.