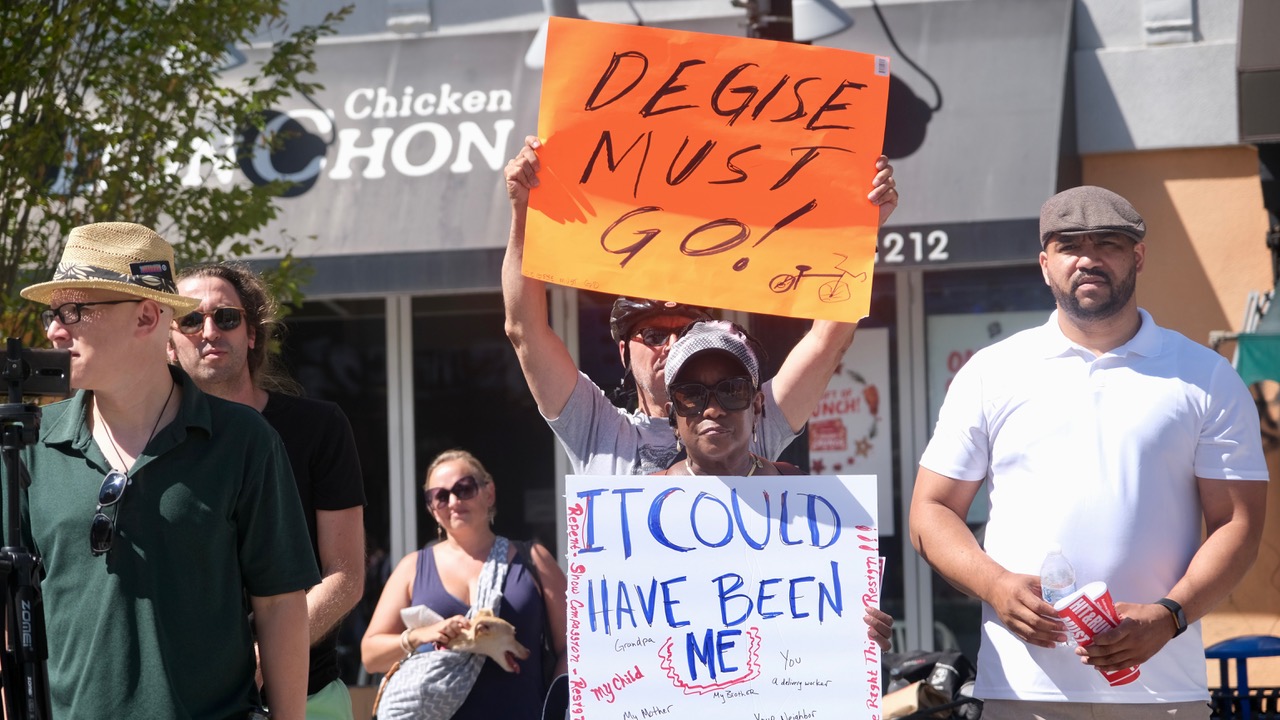 United in anger over last week’s hit-and-run that sent a bicyclist somersaulting through the air on Martin Luther King Drive, a group of approximately 75 protesters gathered this afternoon on the Newark Avenue Pedestrian Plaza to call for the resignation of Councilwoman Amy DeGise.

Led by progressive activist and former congressional candidate Hector Oseguera, they chanted “Hey-hey, ho-ho, A-D-G has got to go!” 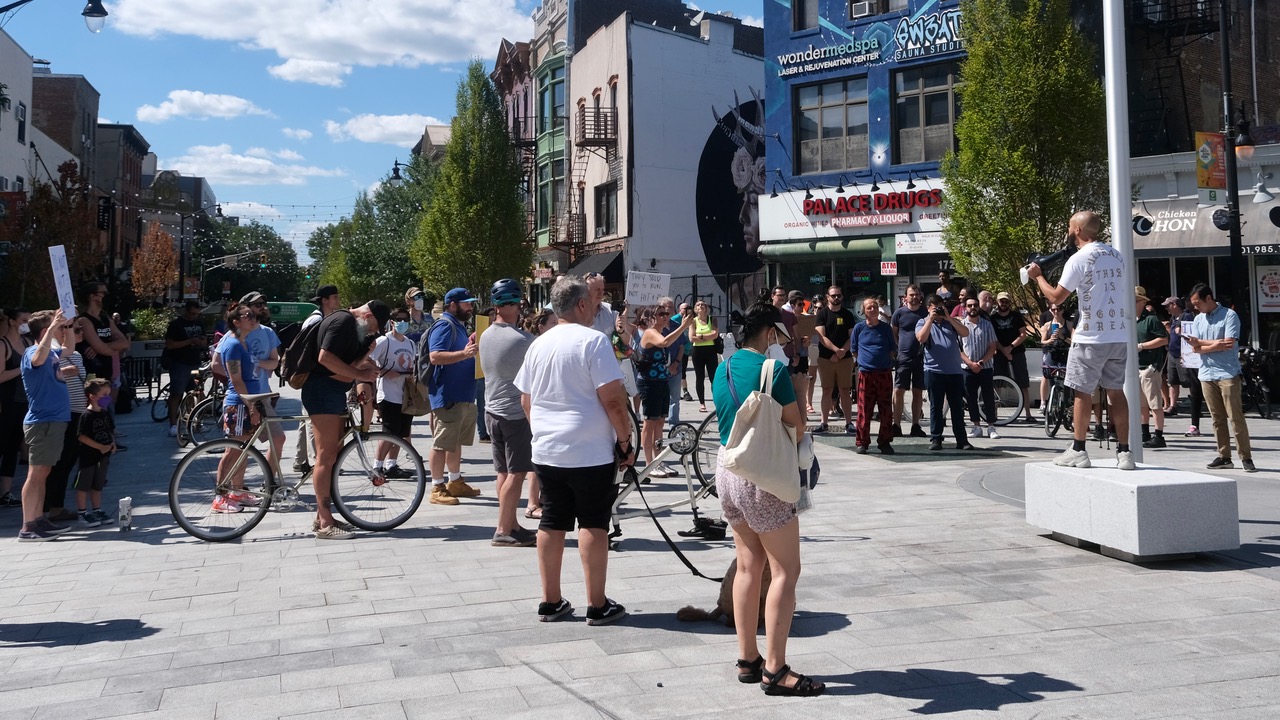 Hector Oseguera speaking to protesters on the Pedestrian Mall

Last week, CCTV footage was released to the public that showed DeGise’s black SUV striking a bicyclist as it drove through the intersection of Martin Luther King Drive and Forrest Street.

DeGise’s car does not slow down or stop. On Thursday another video emerged which appeared to show that DeGise did not report the incident to the police until six hours later. DeGise was issued summonses for leaving the scene of an accident and failure to report an accident.

The cyclist, 29-year-old Andrew Black, was not seriously injured but has retained an attorney. Today Black appeared before the crowd and asked that it “help this not happen again.”

Said Oseguera, “The worst thing you can have in a so called civilized society is somebody who believes that they can commit crimes against you and nothing will happen.” 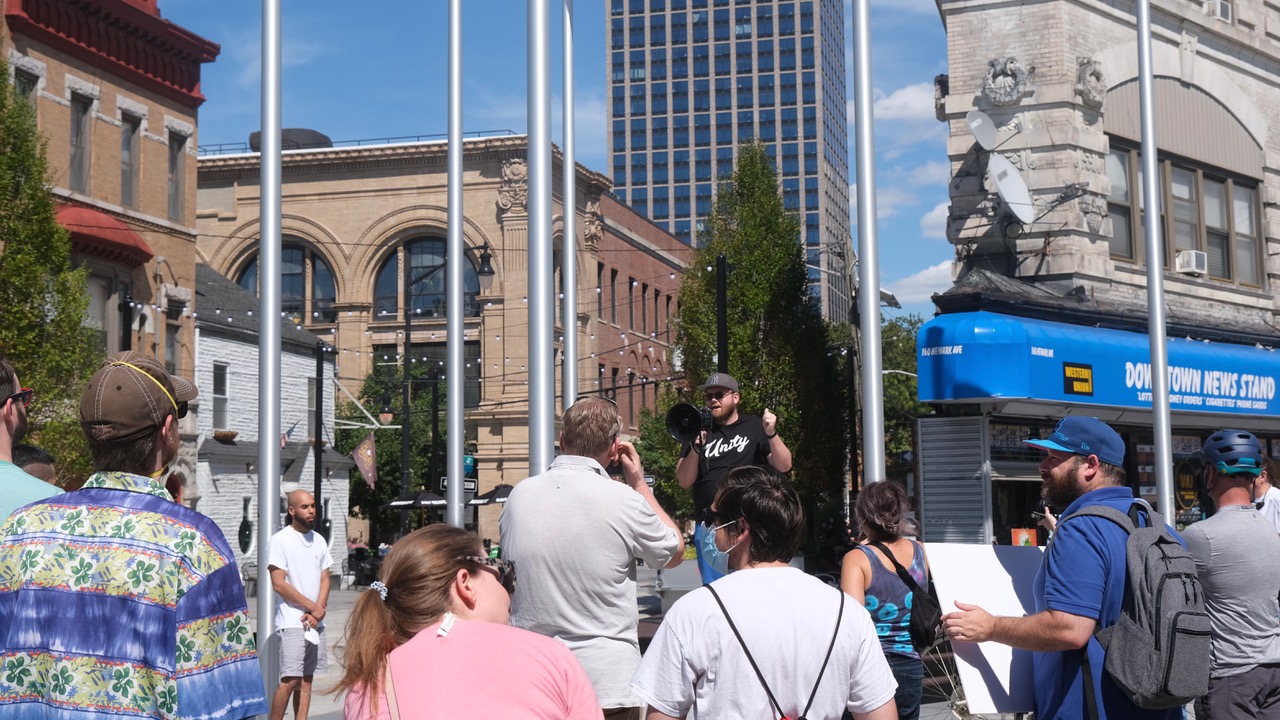 Speaking of the dangers to pedestrians and cyclists, and recounting other recent hit-and-runs, Jimmy Lee of the group SafeStreetsJC said “It is never acceptable to leave the scene of a crash. Yes, it is a crime, for good reason. But it is also inhumane and immoral. It reduces the chance someone injured gets timely, possibly life-saving aid.”

While Mayor Fulop has criticized DeGise’s actions, neither he nor any of his “team” on the City Council have called for her resignation. Ward E Councilman James Solomon and Ward F Councilman Frank Gilmore, both independents, have called for DeGise to step down.