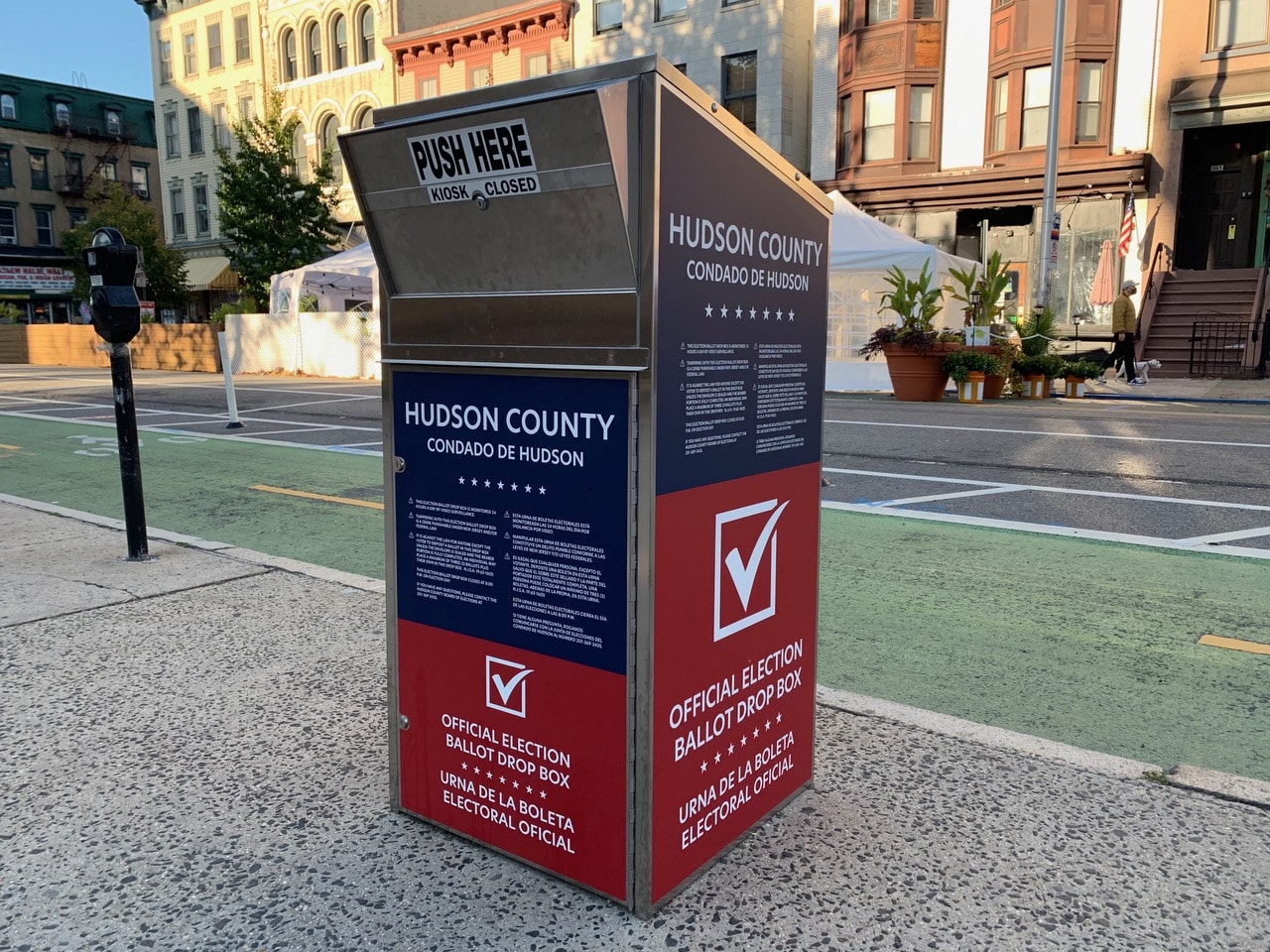 A lawsuit brought to declare as unconstitutional the grouping together of party-endorsed candidates in primary elections has taken a step forward. Chief Judge Freda L. Wolfson of the Federal District Court of New Jersey has signed a scheduling order providing the timeline for a key step in a lawsuit that has garnered statewide attention. The defendants have been given a March 29 deadline by which they must move to dismiss the case.

According to the lawsuit, New Jersey is alone among the states in assigning primary candidates endorsed by the party leader of each county to an official vertical “line.” The lawsuit is asking the court to strike down the practice as a violation of the First and Fourteenth Amendments to the U.S. Constitution and the Civil Rights Act.

Last week, the Jersey City Municipal Council passed a resolution sponsored by Ward E Councilman James Solomon supporting the lawsuit. The resolution passed with only two votes in favor; those of Solomon and Councilman-at-large Rolando Lavarro.

Council-members Mira Prinz-Arey, Yousef Saleh, Daniel Rivera and Richard Boggiano all abstained, citing the need for more information and further deliberations. Their “Team Fulop” colleague, Hudson County Democratic Organization Chair Amy DeGise, who will be running for Jersey City council-at-large on the mayor’s re-election slate, would stand to lose significant power if the lawsuit is successful.

Mayor Fulop’s office has not responded to a request for comment.

Jersey City’s municipal elections are “non-partisan” and group candidates on the ballot by office. Thus, the ballot design avoids conferring an actual or implied endorsement from the party or a state or national candidate. The line appears in county, state and federal elections. 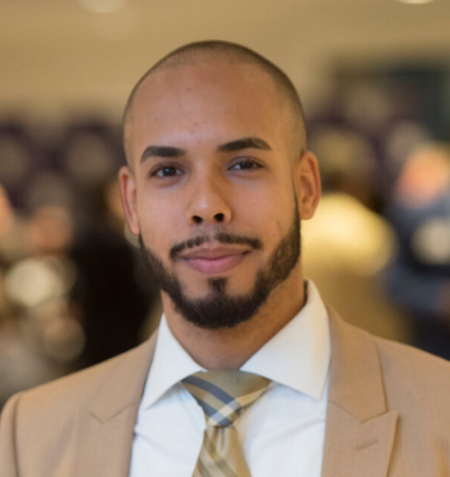 Hector Oseguera was a case in point last year when he mounted a  primary challenge for the congressional seat currently held by Albio Sires. Sires was endorsed by the HCDO and was placed directly underneath Joe Biden and Cory Booker. Sires went on to win with 68 percent of the vote to Oseguera’s 28 percent.

According to attorney Brett Pugach, who along with co-counsel Yael Bromberg brought the lawsuit, Oseguera’s result was pre-ordained by his ballot position. “Getting on the county line has become virtually synonymous with winning the election.”

For Pugach, the implications are dire for democracy. “What you end up with is a system where those who are seeking office really don’t have to represent the people. The only thing they really need to do to maintain their position is to appease the party chairs.”

Pugach relied on research by Rutgers University Associate Professor Julia Sass Rubin showing that a candidate’s “share of the vote varied by as much as 50 percentage points based on whether or not they were on the county line.”

Sass would probably concur that Oseguera was running at a distinct disadvantage when his opponent was grouped with Biden and Booker. In her report she notes that “the county line is further advantaged by the placement of better-known candidates, such as those running for President, U.S. Senator, or Governor at the top of the line and the inclusion of candidates for most or all of the offices on the ballot.” 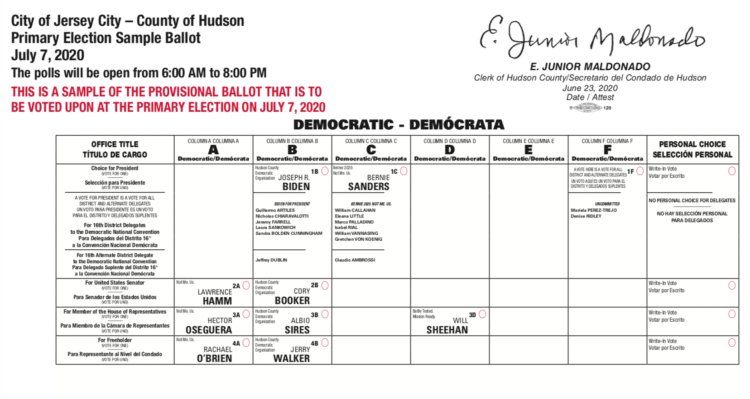 Taking a more nuanced view of the line is Matthew Hale, an associate professor of political science at Seton Hall and coincidentally a councilman in Highland Park, NJ, who ran himself on the line.

“Parties and local parties tend to have a moderating influence. One of the things we would see from getting rid of the line is you would have either more progressive candidates for the Democrats and, if the Republicans wanted to get rid of the line, they would probably have more conservative candidates. When parties are stronger, you get less controversial and less polarized candidates.”

But, he adds, “I think there’s no doubt that the line is not idealized democracy.”

“We’re in an era right now where people are impatient for change on both sides of the political spectrum. The institutions that govern us are designed to move slowly. If you get rid of things like the filibuster or the line there is less of this institutional barrier to change. That means you can have it swing one way today, and tomorrow it can swing another way,” Hale explains.

For Oseguera, getting more progressive candidates elected is exactly the point.

“Running off the line creates nearly insurmountable disadvantages for candidates not chosen by the political bosses.”

Oseguera charges that progressive candidates like himself were double crossed when, despite a promise to the contrary, the party put Joe Biden on the HCDO line.

“This deceit reveals how necessary the line is to maintaining power in Hudson County and how the machine will do anything to protect their hold on that power.”

Jersey City Times reached out to the HCDO for comment but has not received a response.

Traumatic Birth: How Can We Protect Ourselves?
Scroll to top