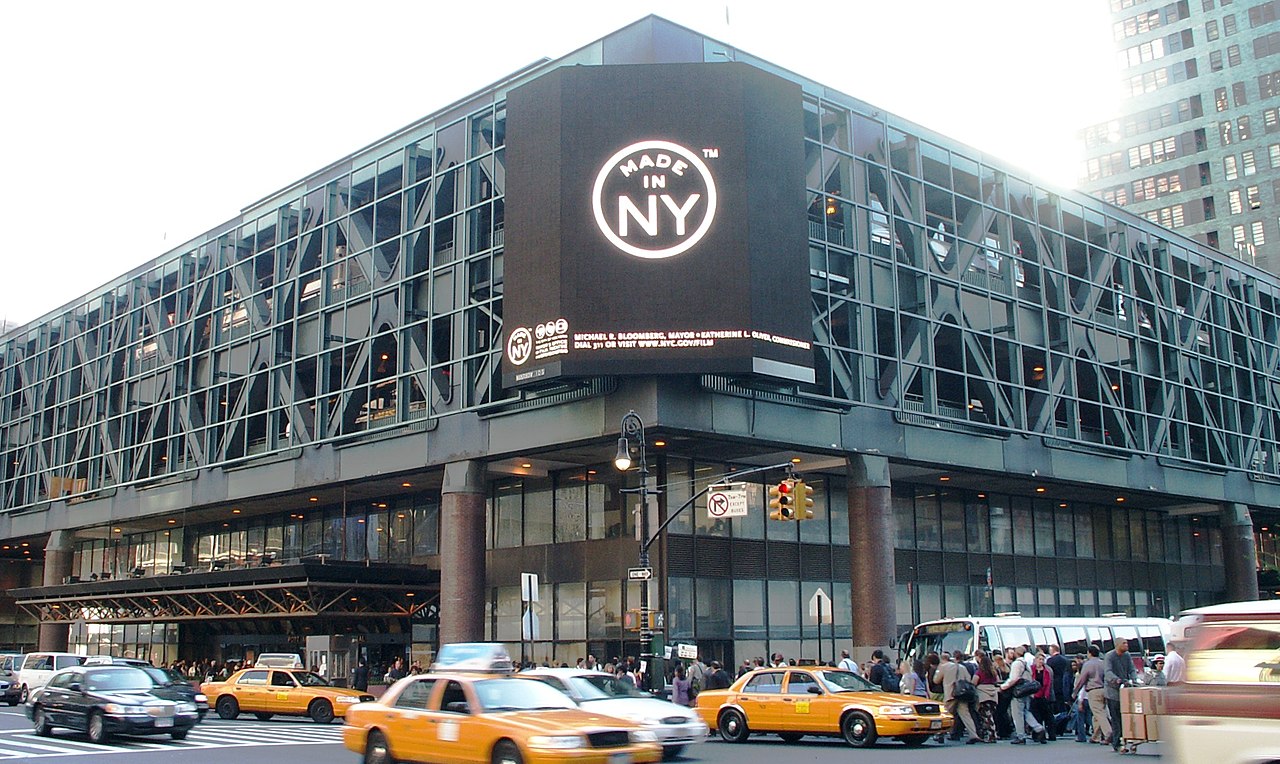 The Port Authority of New York and New Jersey has unveiled a new plan for the proposed Midtown Bus Terminal project which will “completely reimagine the world’s busiest bus terminal and its connection to the Lincoln Tunnel.” The new plan released today provides for a nearly 40 percent increase in transit rider capacity. The new terminal will be designed to serve 100 percent electric bus fleets and will feature “cutting-edge” technology to manage and speed bus movements in the terminal – using both autonomous vehicle technology and AI-aided traffic management.

The existing Midtown Bus Terminal was built in 1950 and expanded in 1981. According to the Port Authority, it sought out proposals to replace the outdated terminal with a modern facility that would meet the needs of commuters, long distance travelers, and the local community. In response to public comment, the Port Authority sought plans minimizing the distance bus riders need to traverse to access New York City subway connections and reach Times Square office buildings.

The new Midtown Bus Terminal plan includes the complete rebuild of the main terminal at its current location with a nearly 40 percent increase in capacity for commuter and intercity buses. Based on community comments, the new plan includes a storage and staging facility that moves commuter buses out of street level storage lots and accommodates intercity buses that previously picked up and dropped off on city streets in the vicinity of the existing terminal. In addition, the new plan “responds to the community request for increased public green space.”

The plan takes no private land and is built entirely on Port Authority property.  Finally, the Port Authority expects to use multiple sources to fund the project which, in addition to the $3 billion for the project in the agency’s 2017-2026 Capital Plan, includes provisions to secure additional funding through up to four new high-rise towers. The additional funding from these developments would be derived from: 1) the proceeds from the sale of the development rights for the new towers; and 2) subject to an agreement with the City of New York, funding from Payments In Lieu Of Taxes (PILOTs) which would otherwise be ​paid to the City. The Port Authority also intends to seek financial assistance from existing FTA programs or from a new federal infrastructure program enacted under the new Biden Administration. This multi-source financing model proved successful in the financing of Moynihan Train Hall.

The new plan for the new Midtown Bus Terminal includes:

Before the COVID-19 pandemic, the terminal served an estimated 260,000 passenger trips (8,000 bus movements) on weekdays, or 23 percent of trans-Hudson trips entering or exiting Manhattan’s central business district. Based on pre-pandemic ridership trends, demand through 2040 is expected to increase by 30 percent with estimates of up to 337,000 weekday passenger trips.

The Latest Plans by Your School District for Remote, In-Person or Hybrid Le...