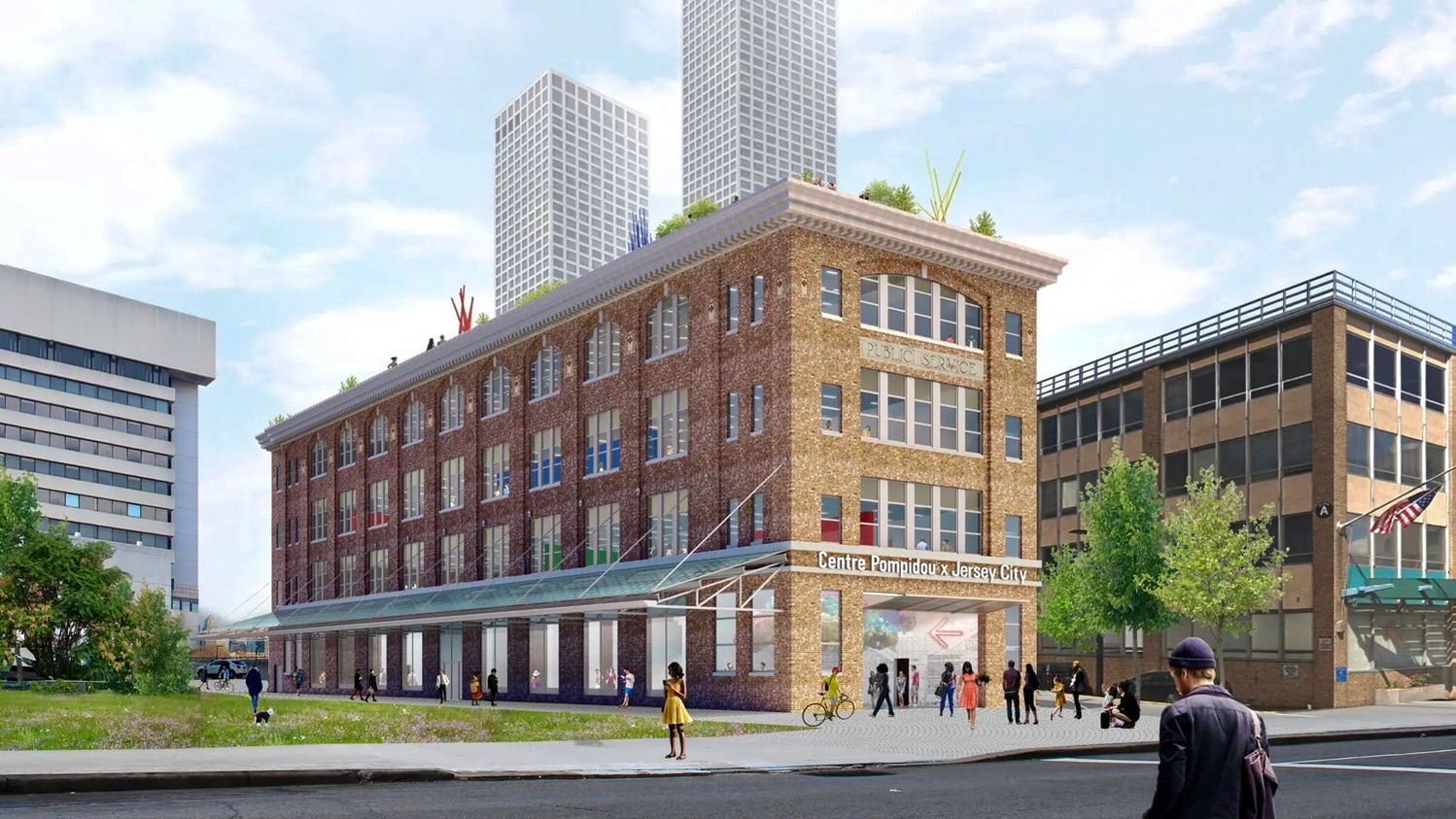 According to several people who were present, a delegation of Pompidou officials met with the City Council for approximately 30 minutes, giving a short presentation and then fielding questions from council members. The delegation also met with local arts groups and dined with Mayor Fulop and Governor Murphy.

In June, Mayor Fulop announced a plan to build a $40 million satellite of the famed museum in the Pathside Building at Journal Square. The mayor has argued that museum will attract visitors from around the region, spur development and elevate Jersey City’s profile in the art world.

The trip appears to have been aimed primarily at building rapport with local pols and arts administrators.

The museum is a regular stop for tourists visiting Paris. Designed by “starchitects” Renzo Piano and Richard Rogers, it has been described as an ‘inside-out’ building because its mechanical systems, such as heating and cooling and its electrical wires are exposed on the exterior of the building in bright colors.

While the plan for Jersey City has been greeted warmly by many and the state of New Jersey has agreed to kick in $24 million, some artists and activists have questioned both the need for the museum and the wisdom of burdening Jersey City with the cost.

The memorandum of understanding with Pompidou, approved by the City Council in June, calls for the city to pay Pompidou $6 million per year for five years in exchange for project development, branding, educational programming, and organizing exhibitions. Annual operating expenses and costs for shipping and insuring art sent from France, which aren’t included in the $6 million already agreed to, could more than double that number. In 2019, the smaller Montclair Museum had total expenses of $5 million.

At a City Council caucus meeting on June 14, Councilman-at-large Rolando Lavarro asked Mayor Fulop about operating costs. The mayor responded, “There will be some additional cost. … We have some ranges on that which we’re pretty comfortable with based upon what’s happened with other museums. …We’ve done a lot of research around that, and I’m happy to get you some of that information.” According to Lavarro, the mayor has yet to supply any operating cost projections.

During last Friday’s meeting, Pompidou Managing Director Julie Narbey and her team made a ten-minute presentation to the City Council. According to Narbey, Pompidou Jersey City would seek to work collaboratively with Jersey City’s arts community and schools. The delegation visited Mana Contemporary and NJCU.

Pompidou administrators also expressed a desire to work with attendees of a later meeting with local arts groups. However, that meeting was, apparently, largely made up of performing arts groups, rather than those in the visual arts, the Pompidou’s area of expertise.

None of the presentations included any details as to programming or budgets. No written materials were provided.

Ward B Councilwoman Mira Prinz-Arey was insistent that the Pompidou reach out to local artists. The Pompidou administrators said that this was their practice in all locations.

Ward A Councilwoman Denise Ridley, Councilman-at-large Daniel Rivera, and Prinz-Arey also asked if Pompidou would work with local educational institutions to which they responded that they would. They described locating a Picasso in a mall in France and bringing in school children to interact with it.

The officials said they were open to Ward C Councilman Richard Boggiano’s request that Pompidou build out a section on the history of Jersey City.

Ward E Councilman James Solomon asked about the likelihood that the five-year $30-million contract would be renewed. Based on their experience with other Pompidou outposts, Narbey estimated that it would take two years just to set the museum up. In the third year, she predicted, there would be an analysis as to whether the museum and Jersey City should enter into an additional five-year deal.  She explained that they had extended their contract in Spain for another five years.

Centre Pompidou in Paris will be closing from 2023 to 2027 for a $223 million renovation that will include upgrading  heating and cooling systems and elevators and removing asbestos.

Duncan Avenue Hit and Run Under Investigation
Scroll to top