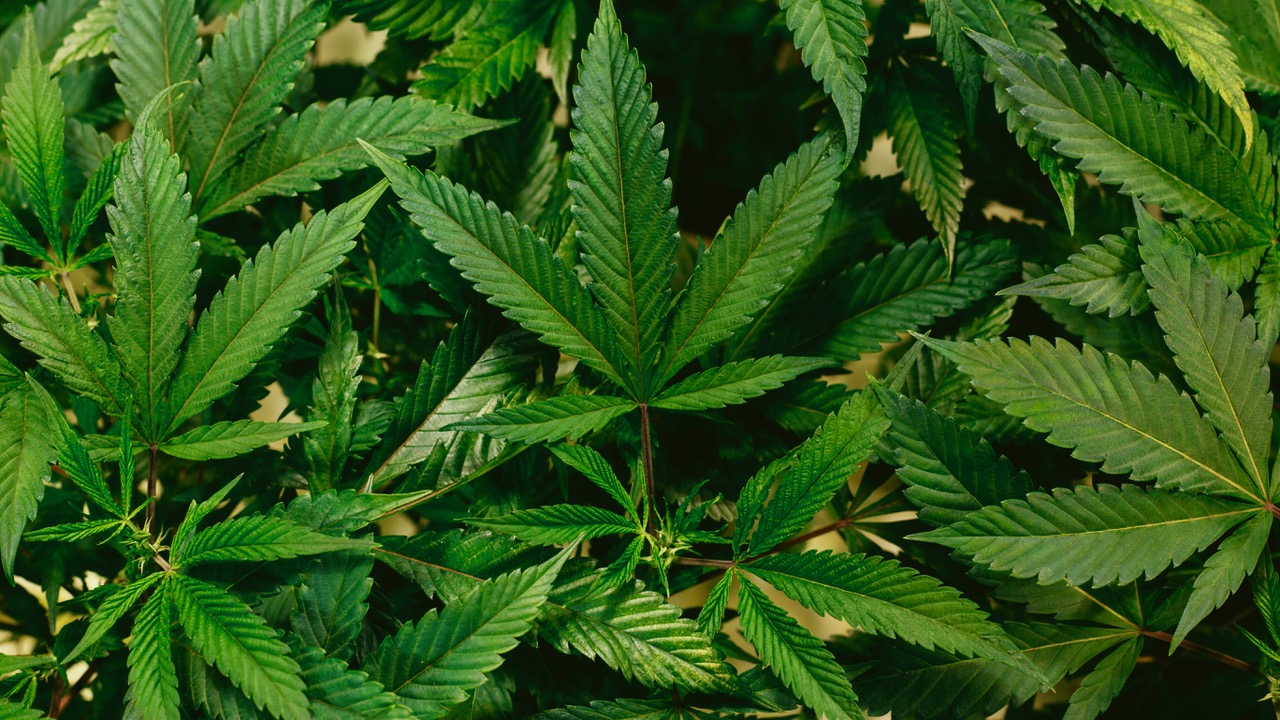 Last night the Jersey City Planning Board held a special meeting to evaluate a dozen Cannabis Class 5 (retail business) applications with respect to the city’s zoning laws. The meeting lasted seven hours, ending after 12:30 am without board members’ hearing from two applicants.

This is only one step in the approval of Class 5 cannabis businesses. Matt Ward, supervising planner, opened the meeting by clarifying that it was to address whether these businesses are in districts that permit Class 5 and outside the defined buffer zones around schools and existing cannabis businesses 200 feet from any school and 600 feet from any existing Class 5 business (with a carve-out for “microbusinesses”).

There are no Class 5 businesses in Jersey City yet. A business will not be considered to be in existence until it receives approvals from the city’s Planning Board, Cannabis Control Board, and Cannabis Regulatory Commission and until it has received all necessary construction permits

The meeting was open to the public but not for the purpose of hearing substantive objections. “If anyone wants to debate the evil of cannabis, tonight is not your night,” chairman Christopher Langston said.

Other issues considered per application were community impact and quality of life issues like noise, odor, ventilation, security

First on the agenda was Idyllx at 171 Newark Avenue, which is one of a cluster of applicants on lower Newark Avenue near the Grove Street PATH Station. Two people called in objecting that this location, among other smoke shops on Newark Avenue, was already selling marijuana — illegally. One of the callers was Shayla Cabrera, aka “Tia Planta,” who was recently awarded a Recreational Cannabis Class 1 Cultivator License. She said that by selling illegally, Idyllx cuts into her market and that additionally they have done nothing for the community.

To the illegal marijuana allegations, Matthew Miller, the attorney for Idyllx, said the shop sold only CBD and the psychoactive substance Delta 8, which is found in the Cannabis sativa plant.

He addressed the board, “I encourage you to stop by the shop, bring the police.”

The board and its legal counsel, Santo T. Alampi, emphasized that illegal marijuana sales was not a zoning board issue, but the bailiwick of the police and the local prosecutor’s office.

In addition to zoning, businesses described their proposed community outreach and impact. Some businesses will have employees do paid community service at organizations such as Liberty Humane Society. Others will have owners or employees teach about cannabis as a safer alternative for pain relief than opioids. Brett D’Allesandro, a veteran of Afghanistan, has devoted his life to helping veterans, especially those homeless and at-risk, with his organization Backpacks for Life. He plans on opening Golden Door Dispensary to expand on his work with veterans.

The night ended with Medusa NJ’s application for 759A Bergen Avenue. Haytham Elgawly, Medusa’s owner, said he was born and raised in Jersey City and was applying as a “social equity“ business due to a marijuana charge years ago. His business, Medusa, will be a cannabis retailer and indoor consumption area.

Discussion of Elgawly’s application was lengthy and heated. 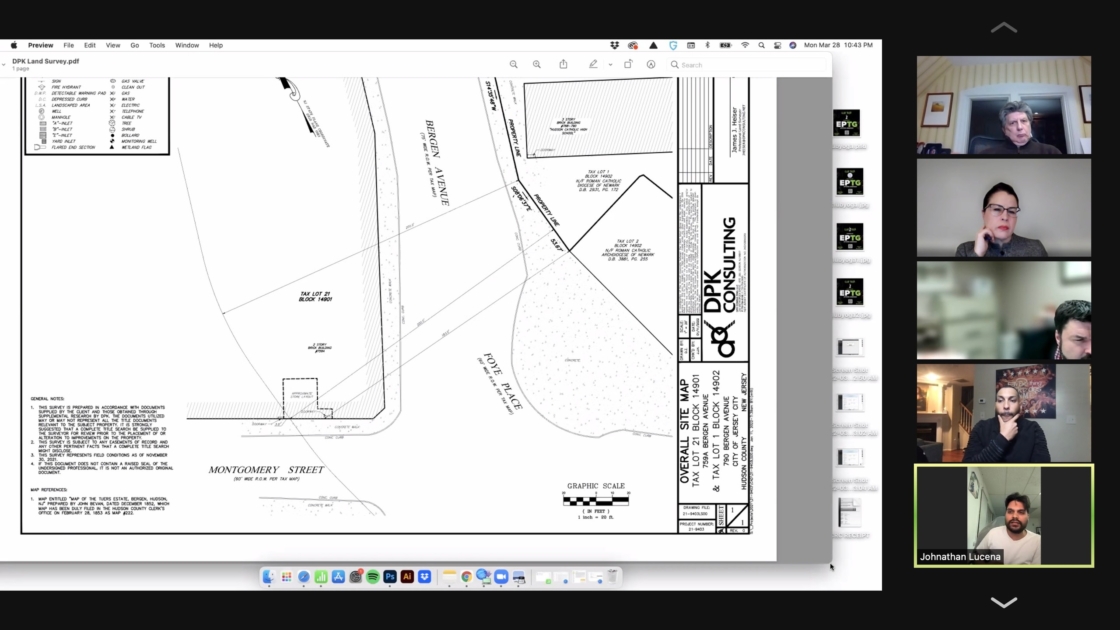 Matthew J. Ceres, counsel to Hudson Catholic, and Eugene Paulino, counsel to Saint Peter’s, attacked Haytham Elgawly’s application from every angle, especially arguing that it violated the 200-foot buffer zone from a school. Paulino said it was next a Saint Peter’s University dorm.

The board asked if St. Peter’s was on the map, to which Paulino laughed, “I think we all know St. Peter’s is on the map!” referring to the Peacock’s recent March Madness streak.

The board struck down that argument saying the buffer only applied to primary and secondary schools.

Next, Ceres attempted to dispute the map provided by Medusa’s expert witness, DPK Consulting, a surveying company. The board sided with Medusa, saying the map showed that the main entrance of Medusa would be outside the buffer around Hudson Catholic. The board noted that Ceres could have provided a surveyor as an expert witness as he had had ample time since the notice on March 7 to provide one. Further testimony was provided concerning how Medusa employees would transport money and put it in a bank. Medusa’s team said that much of that information was confidential due to security concerns.

Ceres also challenged Medusa’s application on the basis of parking zoning around the proposed site. After an intense near-interrogation of Planning Board Director Tanya Marion regarding parking spaces required for the application, she snapped “I can read. And I can count …You are completely incorrect.” The board noted that Ceres could have brought a planner to challenge their findings, to which he scoffed, “What plans?”

Apparently, some application materials including a staff memo had not been uploaded in the agenda available to the public. After much back and forth, this interaction concluded with a grueling midnight reading of the full three-page memo.

The board decided to carry [extend] the hearing to April 5 to give Ceres time to read the staff memo and secure a surveyor and planner at which point Council President Joyce Watterman vehemently objected. “We’re done. We passed that.” She noted that the board had already taken their position that Medusa had had ample time to present a surveyor. Commissioner Joey Torres also noted that if the hearing was carried, the public would not have the right to speak at it.

Watterman said that it wasn’t right that the public wouldn’t be able to speak at the next meeting on this application but that they were making an exception for the attorney.

Ultimately the board sided with the recommendation of their lawyer, Alampi, to carry to avoid any potential litigation against the board.

Elgawly, exasperated, addressed the board, “I pay these professionals [out of pocket]. I’m a local kid; I’m not rich like a lot of applicants here tonight.”

He said that seven hours of consideration plus carrying the case to next week was hurtful economically. Medusa’s application had been discussed for over two hours.

Oceanfront LLC at 141 Newark Avenue was also carried to April due to lack of documentation.

The next Planning Board Meeting will take place April 5.

Photo by Jeff W on Unsplash