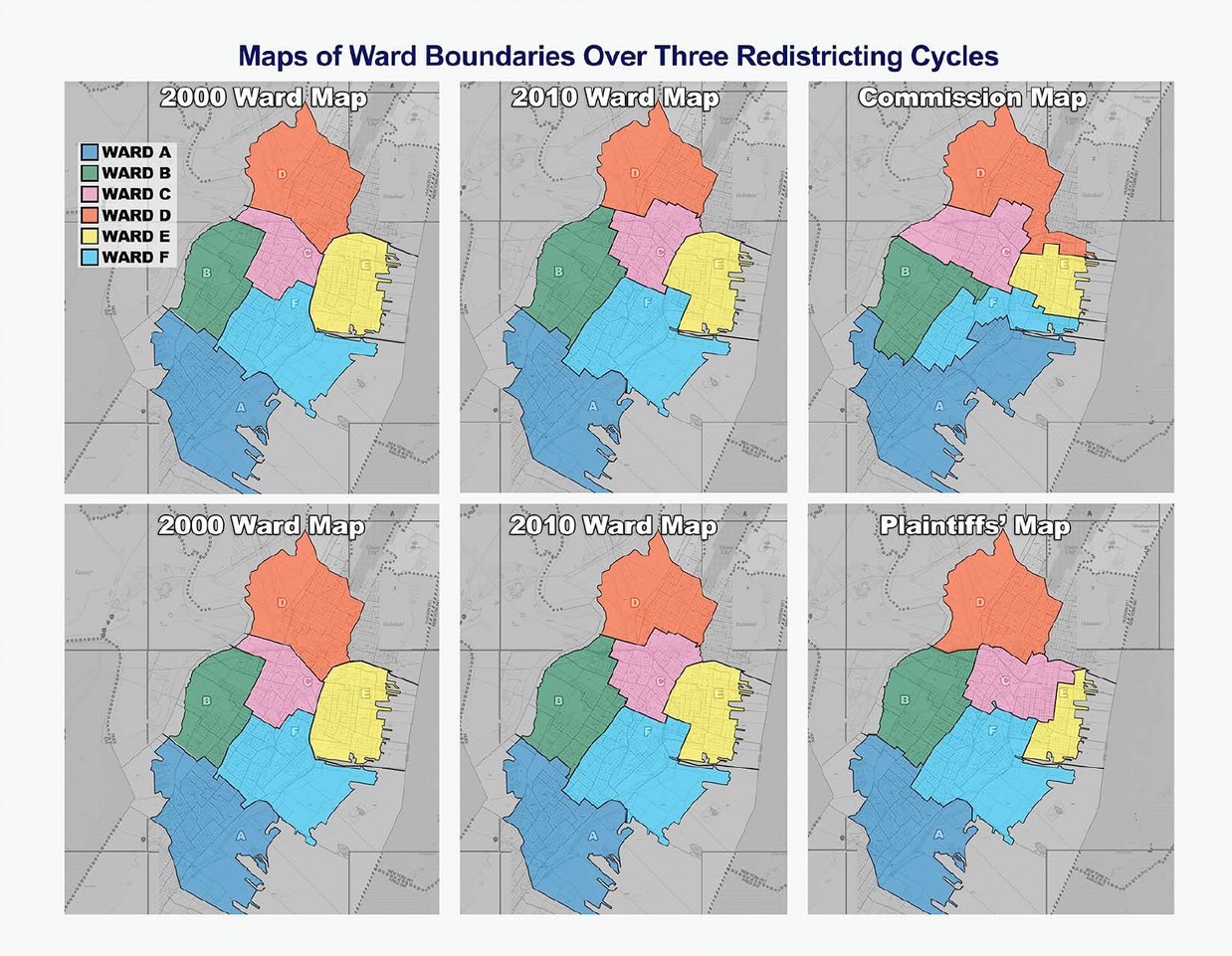 This afternoon, a judge delivered a stinging defeat to plaintiffs in a lawsuit challenging Jersey City’s recently enacted ward map.

Brought by Ward F Councilman Frank Gilmore and a coalition of local organizations, the lawsuit sought to invalidate a controversial map that redrew the boundaries of Jersey City’s six wards.

In a lengthy written opinion delivery from the bench, Hudson County Superior Court Judge Joseph A. Turula methodically addressed and ultimately dismissed each of the plaintiffs’ claims, finding, among other deficiencies, that the plaintiffs had failed to file the case in a timely manner. The lawsuit was filed on March 21.

The defendants — the Jersey City Ward Commission and Ward Commission Chair John Minella — had moved to dismiss the complaint, making a range of legal and factual arguments. On August 5, Judge Turula heard arguments for and against the motion and reserved decision until today.

The map was adopted by the Jersey City Ward Commission on January 22 despite overwhelming public opposition and claims that the Commission, headed by Mayoral Chief of Staff John Minella, had acted to disempower newly elected Ward F Councilman and mayoral critic Frank Gilmore.

In November, Gilmore had defeated then Ward F Councilman Jermaine Robinson, a member of the mayor’s slate.

The new map removed a large portion of the Lafayette neighborhood, all of Liberty State Park, and several high profile developments from Ward F and placed them in Ward A, which is represented by Councilwoman Denise Ridley, also a member of Mayor Fulop’s slate. 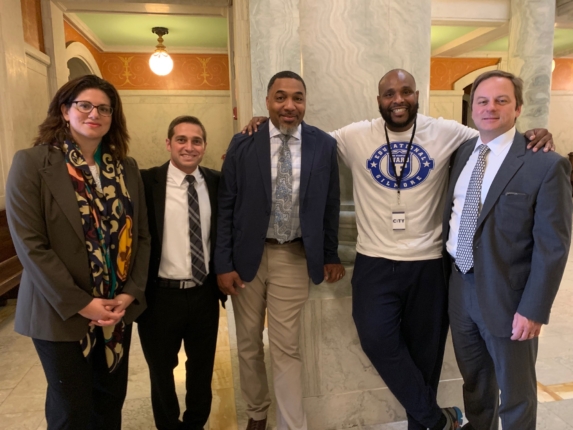 The 48-page, four-count complaint, filed on behalf of thirteen Jersey City groups and councilman Gilmore, alleged that the Commission had failed to draw “compact” wards in violation of New Jersey’s law and constitution.

Noting its “salamander-like” shape, the complaint alleged that Ward F “achieves an abysmal score on two of the most commonly used measures of compactness.”

“The Commission’s map,” said the attorneys, “splits apart historic neighborhoods and districts, splits buildings in half, fails to respect natural boundaries and topography, and otherwise breaks apart communities of interest in Jersey City.”

Beyond Ward F, the attorneys also argued that the division of the Paulus Hook neighborhood between Wards F and E and the division of Newport between Wards E and D ignored “natural boundaries.” The map also violated “building integrity” said the complaint. “Residents who live literally in the same building as one another find themselves in different wards to be represented by different councilpersons.”

As an alternative, the plaintiffs’ attorneys proposed a ward map that they claimed “achieves much better population deviation, is significantly more compact, splits many less neighborhoods and historic districts.”

The lawsuit also alleged the violation of free speech and association rights of the plaintiff-groups, retaliation against Gilmore and a violation of New Jersey’s Open Public Meeting Act.

Asked to comment on his win today, Ward Commission lawyer Jason Orlando said “the decision speaks for itself.”

Brett M. Pugach, who argued much of the case for plaintiffs said “we’re obviously disappointed in the decision. We felt that there were a number of arguments that we made that we hoped were given greater weight than they were in the decision. We’ll have to have some conversations internally and with our clients and figure out next steps.”

Plaintiffs have 45 days to appeal the decision.

Standing on the courthouse steps after the decision, Gilmore said “I don’t take this personal. I don’t know the judge personally. I just want the record to reflect that this is not necessarily about me…this is about injustice being done. This about ward maps not being cut according to the law.”

As to representing a changed ward, Gilmore added “you can put me in the ocean and I’ll represent sea mammals because that’s just the kind of person I am. But I will not stand by as regular folks’ voices are muffled.”

Mayor Steven Fulop tweeted “It was shameful from from the start layered with absurd accusations that had very little merit or substance. Really glad all this nonsense was dismissed ENTIRELY.”

Judge Turula, however, saw the case differently, saying toward the end of his decision that he respected the arguments that were made and understood why the community filed the lawsuit.