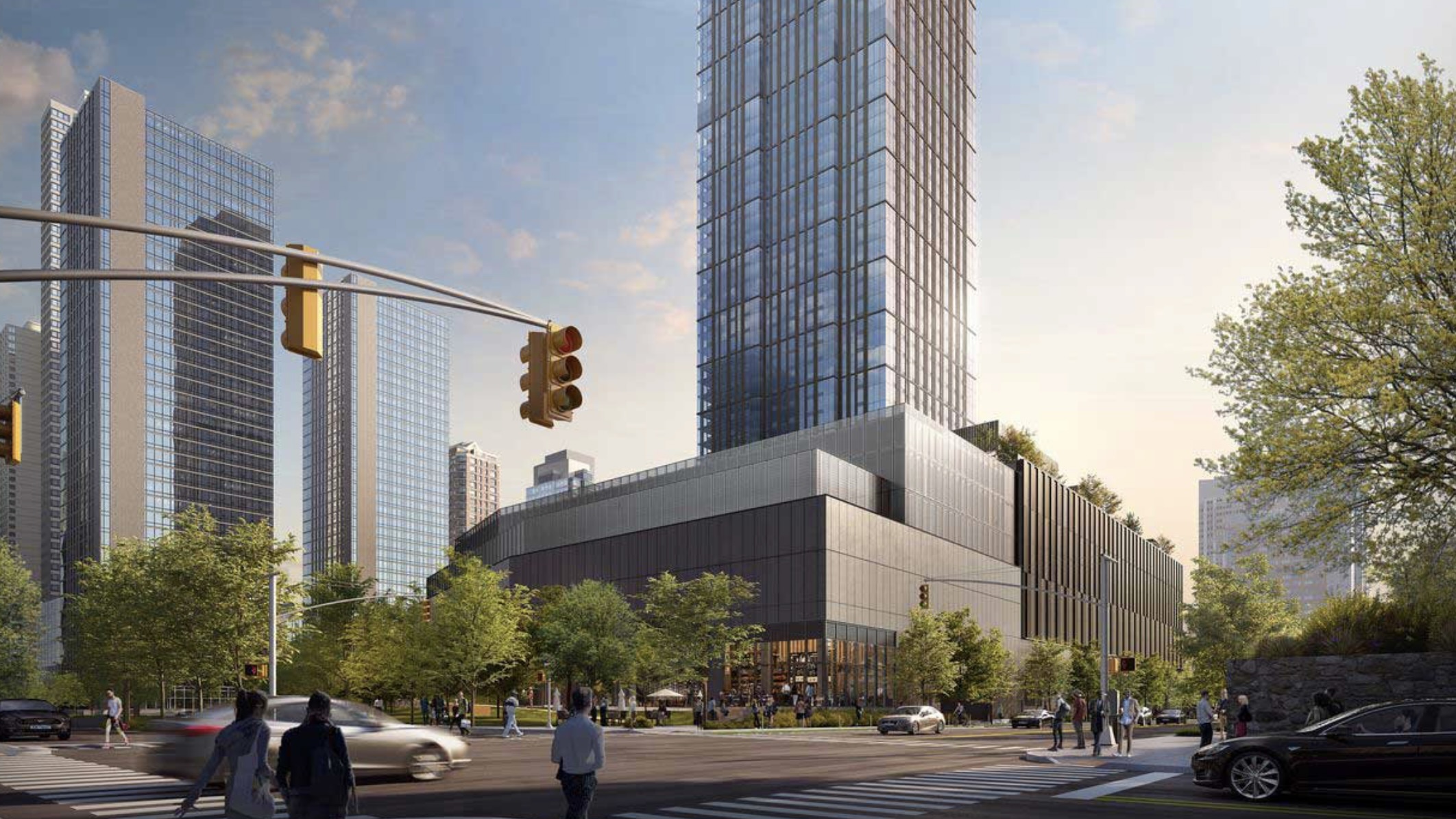 A new 60-story apartment tower with 104,000 square feet of retail space on the site of the closed Bed, Bath and Beyond store on Marin Boulevard is the next phase of a long-range redevelopment plan for Jersey City’s Metro Plaza.

Developers have committed to keeping the Shop Rite of Metro Plaza open, moving it to the second floor of the new tower. The store will occupy 85,000 square feet with 802 apartments on top, according to Abe Naparstek of G&S Investors, the company working to redevelop the 18-acre plaza into a residential, park and shopping area dubbed Hudson Exchange.

Of the 802 apartments, 80 will be studios, 399 will have one bedrooms, 295 will have two bedrooms, and 38 have three bedrooms, according to JerseyDigs.com.

In addition to the grocery store, the 60-story tower will have 19,000 square feet of retail on its ground floor and 538 parking spaces.

The zoning for the building has been approved by the Jersey City Municipal Council; G&S is currently seeking site plan approval, which Naparstek says typically takes three to four months.

Construction, if approved, would start in the latter part of this year, and tenants might be able to move in by late 2025, according to Naparstek. 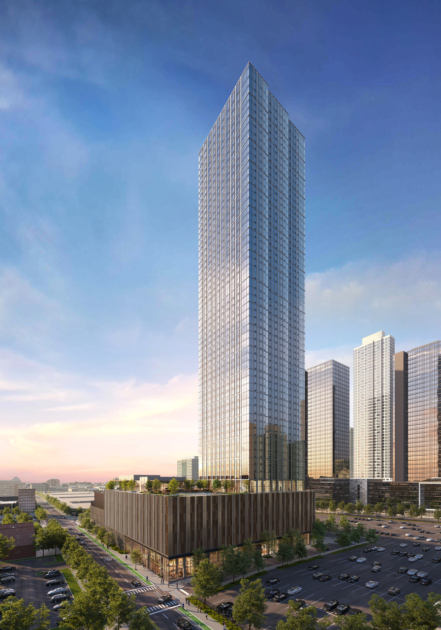 Naparstek told Jersey City Times the transition between ShopRite’s current and new location will be seamless.

“There will literally not be a day when ShopRite is not open,” Naparstek said.

He added that residents will be getting a “state of the art” store, an upgrade from the current ShopRite which he said was built in the 1990s.

“It’ll be one of the premier shops in the region,” Naparsek said.

The tower is the second phase of a six-phase, 20-year plan (a detailed map of which was featured by JerseyDigs.com in September 2021). In the first phase of the project, completed in 2020, “VYV”, an 850-unit apartment complex with two connected towers, was constructed on the site of the former Pep Boys store at the intersection of Sixth and Warren Streets.

Ward E Councilman James Solomon said the developers recently made some changes to their plans to allow the ShopRite to stay.

“The ShopRite gets a ton of use. It’s an amenity for downtown and for the whole city,” Solomon said.

Beyond ShopRite, G&S is considering restaurants, cafes and fitness centers for the new tower’s ground floor, according to Naparstek said.

The pace of further development to Metro Plaza depends on the market and other factors, Naparsek said. The BJ’s Wholesale Club, located in the plaza, will not be affected by the latest phase.

Recent amendments to the Hudson Exchange redevelopment increased the overall open space across all 18 acres from 115,000  to 138,500 square feet. According to Naparstek, this figure consists of a 60,000-square-foot (over 1.25-acre) park in the center of the site and 78,500 of other space — some landscaped and some paved — spread in and around the complex’s buildings.

Naparstek declined to say when the central park would be built.

He did indicate that the plan now calls for Third Street between Marin and Provost to be closed to cars. “We’re sort of reconnecting the street grid that is no longer there,” Naparastek added.

Solomon supports the inclusion of pedestrian walkways in the plan.

“You won’t have this giant parking lot kind of blocking the connection between the waterfront in the district historic neighborhoods as well as the Powerhouse neighborhood,” he said.

In addition, the councilman noted that improvements the Port Authority has made to the PATH system, including allowing trains to run closer together and expanding capacity at the Grove Street station will help accommodate new residents of Hudson Exchange.

However, he is critical of the way development has been planned in Jersey City.

“When they wrote this plan, they didn’t include schools, affordable homes, really any of the core infrastructure we need. Once the plan in written, it becomes very difficult to change. I want to think about where we can solve these infrastructure challenges at a community-wide scale.”

Correction: An earlier version of this article stated that Fourth Street, not Third Street, would be closed to cars.

Tuesday’s Congressional Primary: A Battle Between a Centrist Scion and Two...

Brothers Who Raced Cars on JFK Blvd. Charged in 2021 Crash
Scroll to top