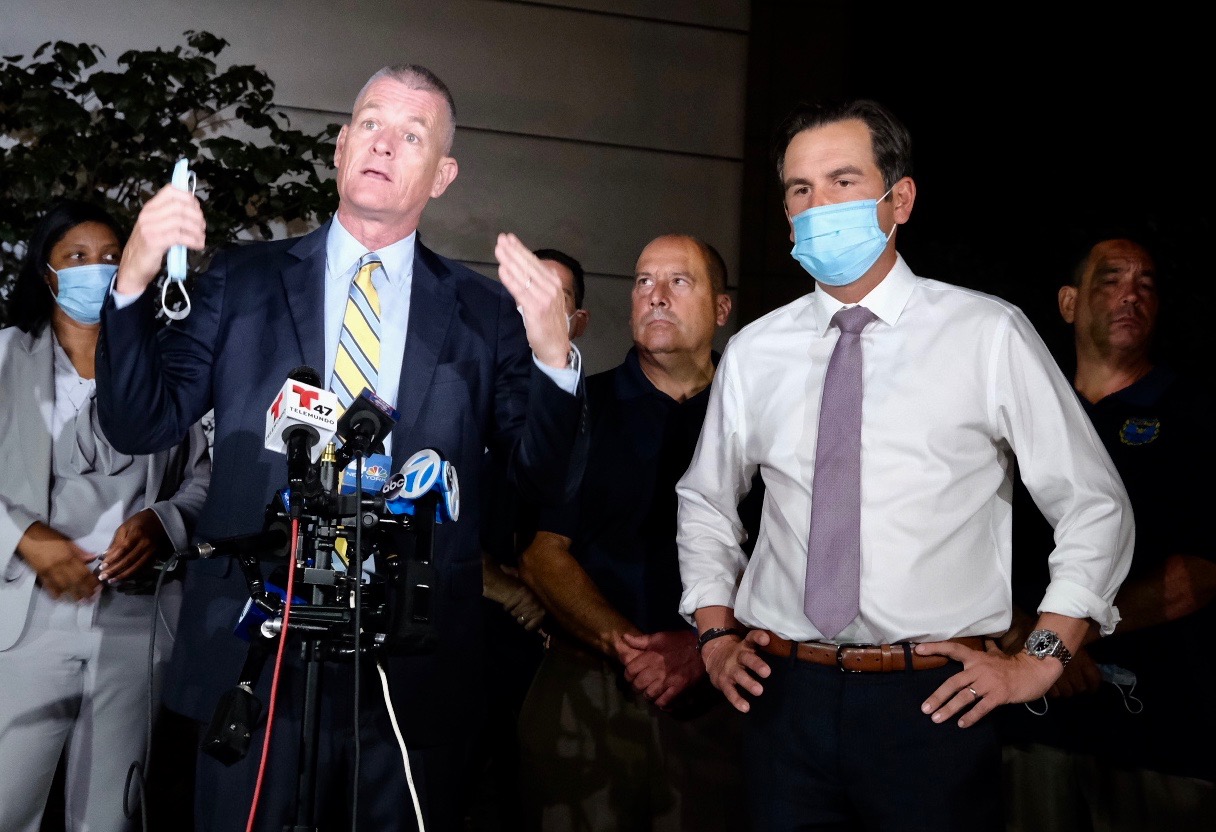 Jersey City’s Salem-Lafayette public housing site was the scene of a “police-involved shooting” last night on the heels of the Labor Day holiday weekend.

Shea reported an investigative unit descended on the public housing site at 7:50 p.m. on an electronic surveillance mission sparked by a series of violent street crime incidents that have plagued the city’s south and west sections for the past several months.

He said the unit came upon a 21-year-old male who, according to police, removed a loaded, semi-automatic black handgun from a parked car and placed it in his pocket. He said the individual was carrying the weapon when he was shot in the wrist by a city police officer at 7:50 p.m. in an alley at the housing project, which is in Jersey City’s Bergen-Lafayette neighborhood.

Three rounds were fired by the police officer who shot the suspect, he said.

Shea said the suspect was shot as he was in the process of fleeing the scene. He said both the suspect and officer “were removed for medical attention” after the incident. Asked if the officer was hurt, Shea said the cop was “shaken up.”

Nor did Shea say what, if any, criminal charges the suspect faced.

The officer who shot the suspect was described by Shea as an eight-year city cop who was assigned to the police department’s violent crimes unit.

Shea said the weapon that the suspect reportedly was carrying on him at the time of the incident was recovered at the scene.

Chief Kelly said that the officer was at a location “where a young juvenile was shot a month ago and was across the street from a homicide, so it is a highly volatile area” and that his performance in that circumstance should be taken as a “real credit to this cop.”

Outlining the circumstances leading up to the shooting, Shea said police were doing “electronic surveillance, including cameras,” as part of an ongoing investigation “to address violent incidents that have been happening in the west and south parts of the city,” including the fatal shooting of 17-year-old Tyeah Garner on July 6 near Rutgers Avenue and New Street. She was killed while celebrating her sister’s birthday.

Heavenley Cherry and Izmae Tinker-Trent, both 19-year-old Jersey City residents, have been charged in connection with that murder while a third suspect, Jahquell Carter, 24, of Jersey City remains at large.

In late December 2019, within days of each other, there were shooting incidents at Ocean Avenue and Union Street near the Salem-Lafayette project, at the South District police station, at a school, and at a location near Rose and Cator Avenues that ended with four people hurt.

According to published reports, a federal investigation has found evidence of organized gang feuds involving several Jersey City public housing sites, including Salem-Lafayette, Curries Woods in Greenville and Marion Gardens in Journal Square. That gang violence has been linked to four deaths since March and a July 7 shooting ending with the wounding of a 12-year-old boy in the ankle.

It is unclear whether the newly disclosed police-involved shooting at the Salem-Lafayette site is gang related. Shea remains tight lipped about what was behind the police department’s surveillance related to that incident.

Mayor Fulop said he purposely arranged for the press event so soon after the incident given the “national conversations taking place around police engagements,” adding that “not every use of force” by police should be viewed with distrust by the public.

Fulop said there is “extensive video” footage available to the police department and to the Hudson County Prosecutor’s Office for follow-up investigation, and Shea said that all that video will be made available for press scrutiny.

The Hudson County Prosecutor’s Office has announced that it is “investigating the circumstances surrounding the shooting and is in the early stages of its investigation.”

Five Reasons to Buy an Electric Car
Scroll to top