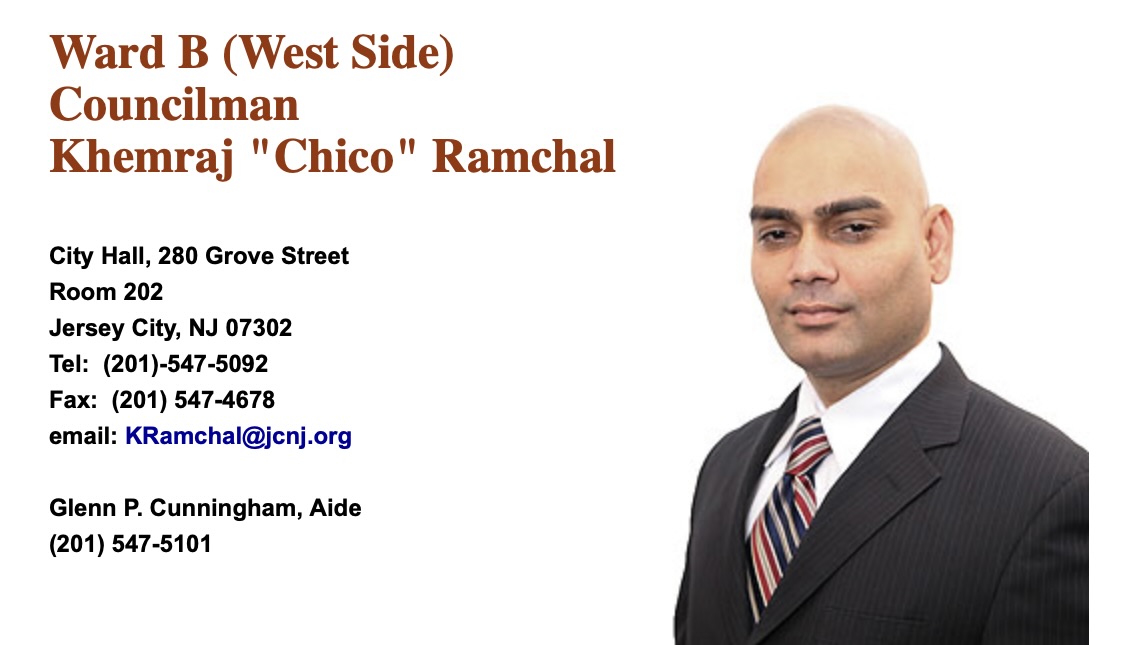 For the second time in recent years, an SUV driven through an intersection by a member of “Team Fulop” has touched off a full-blown scandal and raised questions about corruption, privilege, and self-dealing by a close political ally of the mayor.

Suspicions that officials close to the levers of political power might be abusing their positions were heightened today when Hudson County View released a video showing Councilwoman Amy DeGise attempting to coerce a Hoboken police officer this past November as he arranged to have her car towed.

Last week, CCTV cameras caught DeGise hitting a bicyclist in her SUV and driving away without so much as applying the brakes.

DeGise’s troubles harken back to those of former Ward B Councilman Khemraj “Chico” Ramchal who, on the morning of March 14, 2015, ran a red light at the intersection of Communipaw and West Side Avenues and collided with two cars. What followed was a steady stream of damaging revelations that ultimately led to Ramchal’s resignation and criminal conviction.

As the facts dribbled out, Ramchal’s behavior became an increasing source of embarrassment for the Fulop administration. Ramchal, the police determined, had been driving with a blood alcohol level of 0.15, nearly twice the legal limit. In violation of the rules and the stated policy of the Fulop administration, he was driving an SUV registered to the Jersey City Incinerator Authority where he was an unpaid commissioner.

An investigation by the Jersey Journal revealed that Ramchal had regularly used the SUV for personal use late at night and out of town. Worse for Ramchal, GPS data showed his cruising in the SUV or parking it at home during hours when he had claimed on timesheets to be working at the offices of the Hudson County Improvement Authority.

Local pols were almost uniformly uncritical. Ward C Councilman Rich Boggiano told the Journal, “A lot of people like Chico … the main thing is he learned his lesson, and he’s sorry.” Said then Journal writer, Terrence McDonald, “The mayor declined to distance himself from Ramchal even as the allegations against the councilman mounted.” Only Councilman Daniel Rivera veered from the party line, telling the Journal that Ramchal “[had] to be accountable.”

Nonetheless, fourteen months later, Ramchal pleaded guilty to assault by auto and to theft by deception related to what was, in essence, a “no show” job at the Improvement Authority. He was permanently banned from elective office and government work in New Jersey.

The DeGise scandal, bears a remarkable resemblance to the Ramchal imbroglio. As was Ramchal, DeGise is a close ally of the mayor with ambitions of moving higher. Like Ramchal, DeGise has refused to resign. And, like Ramchal, DeGise is being treated with kid gloves by all but two city council members — Frank Gilmore and James Solomon — who did not run as part of “Team Fulop.”  Mayor Fulop, while criticizing DeGise’s decision to drive away, has not called for her resignation.

Unlike Ramchal, however, DeGise is facing a significant public outcry, with Hudson County progressives, which have long been thwarted by DeGise and the Hudson County Democratic Organization that she headed up, leading the charge. As the images of DeGise driving away as a cyclist somersaults to the pavement continue to propagate on national news sites, her allies may soon run for political cover.

As Demands for Her Resignation Increase, DeGise Spokesman Says No

Protesters Call for DeGise to Step Down
Scroll to top