Roughly five months after its creation by city ordinance, the Jersey City Women’s Advisory Board is still in the very early stages of setting its priorities, which, for now, are being done in private.

The 11-member group convened for the first time, with one absentee, early last month, and selected the Rev. Tami Weaver-Henry, owner and CEO of Angels Care Home Health in Hackensack and co-pastor of Greater Destiny Church on Varick Street, as chairperson.

She has more than three decades of experience in the healthcare field.

Weaver-Henry has also served as Jersey City Police Department chaplain and as a board member of the Jersey City Employment Training Program.

At its initial meeting, the group reviewed training it had received in mid-June from Cheryl Scales, an Atlanta-based consultant on inclusion, diversity, social justice and equity. Scales has been recognized as a woman-owned business innovator and community trailblazer by former President Obama. 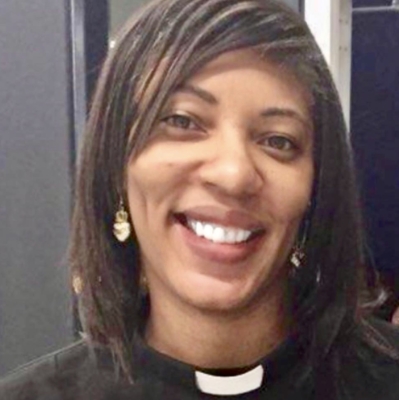 Weaver-Henry appointed Jersey City resident Alice O’Kane “technical chair” of the Women’s Advisory Board with responsibility for handling logistical issues such as scheduling, circulating notices, record keeping and the like.  O’Kane is a project management professional coach at McKinsey & Co., a New York-based business consulting and services firm, with four decades experience in the IT field.

With the help of city attorney Itza Wilson, who will serve as its legal adviser, the group adopted a set of by-laws and agreed on a meeting schedule for the balance of 2022.

At this point, Weaver-Henry said the group isn’t quite ready to open the meetings to the public because “we’re still establishing the key items we’re going to focus on.” That said, she added, “Our primary goal is to invite all Jersey City women to the table.… There are a lot of issues that affect women every day.”

The Women’s Advisory Board was conceived by City Council President Joyce Watterman as a way to “help improve the status of women in Jersey City and create awareness of women’s issues within the city.”

In March, the City Council took the lead in setting at least one priority by adopting a “pay transparency” helping ensure that women wage-earners in the private sector attain equity with their male counterparts.

At the council meeting, Shannon Dwyer, an aide to Ward C Councilman Yousef Saleh, cited research by the National Committee on Pay Equity and the Pew Research Center that found that “women on average earn less than men and must work longer for the same amount of pay,” at times, up to 42 days more—a trend that continued during the pandemic.