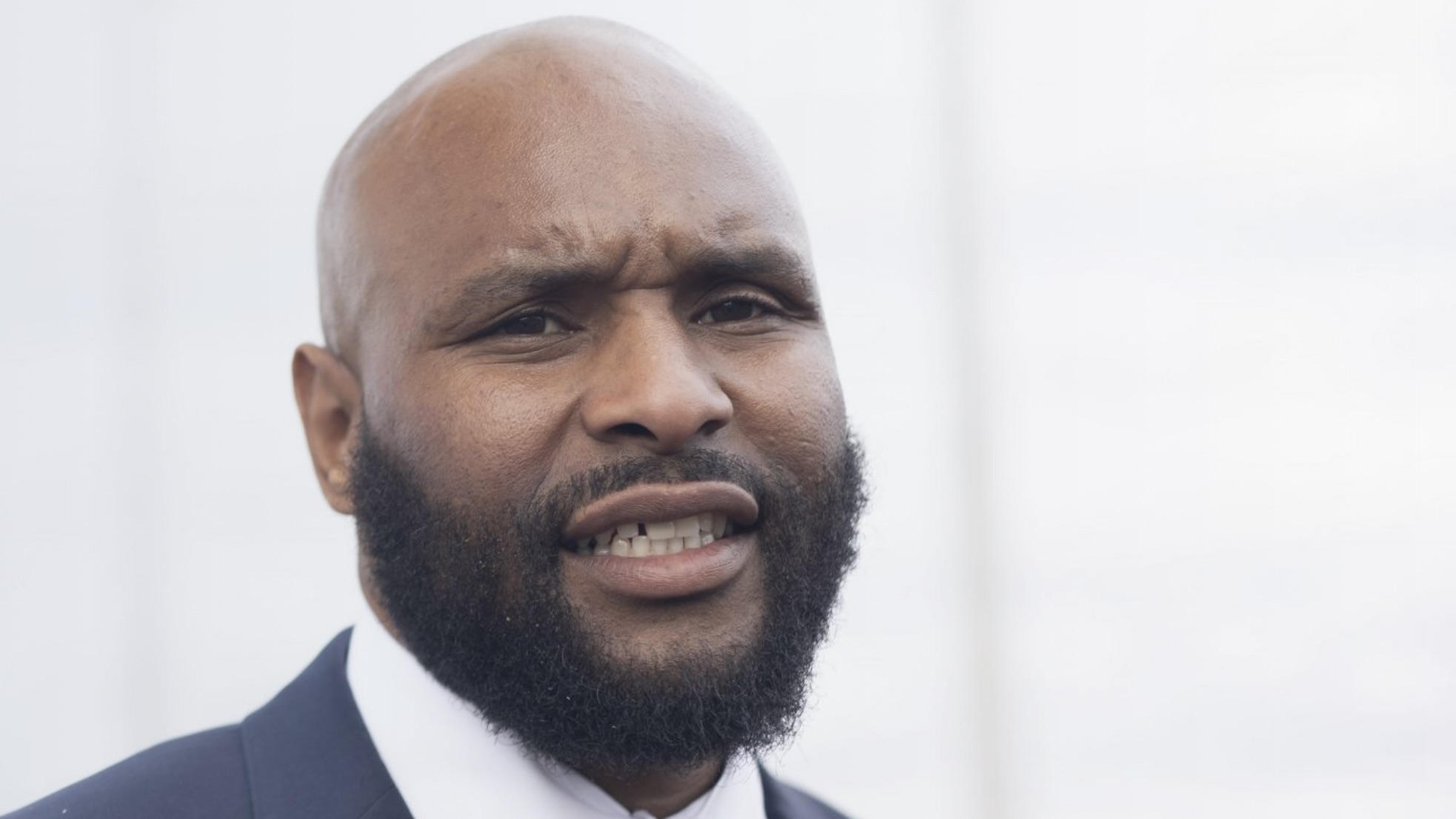 The new Ward F would bear a striking resemblance to the first “gerrymandered” district.

According to a map released yesterday by the ward commission appointed to redraw ward boundaries following the recent census, Ward F would lose a large portion of historically Black Bergen-Lafayette. It would also lose Liberty State Park. As a result, several large developments championed by Mayor Steven Fulop, including SciTech Scity, Morris Canal Park Manor and 880-900 Garfield Ave. would fall within Ward A under the purview of Fulop ally Denise Ridley.

For Gilmore, the change was political. “You can see the political undertone to this map.”

Gilmore was elected to the Ward F council seat in November, besting Mayor Fulop “team” member Jermaine Robinson. Robinson had been a strong proponent of the Morris Canal Park Manor project at 417 Communipaw Ave. in Bergen-Lafayette. Some observers ascribe his loss to his support for the controversial project which critics say is far too large for the neighborhood and contains too little affordable housing. 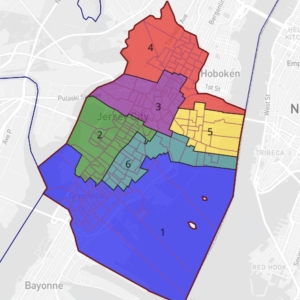 Gilmore has opposed the 417 Communipaw Ave. project and pushed back against some others. In a December Planning Board meeting he complained that the Ward F councilperson was given only an honorary seat on the SciTech Scity board of directors and questioned naming one of the buildings for former Congressman and donor Frank Guarini.

“No one else put the developers on notice that you just can’t do business as you’ve been doing it. You have to consult with the community,” says Gilmore of his efforts.

Now says Gilmore, the powers that be are using the re-drawing of Ward boundaries to silence him. “Let’s remove him from that conversation. He’s asking too many questions,” Gilmore believes is the thinking.

In an interview yesterday with Hudson County View, Hudson County Board of Elections Clerk Michael Harper explained that the law requires wards to be contiguous and compact. In addition, they must maximize minority voting power. 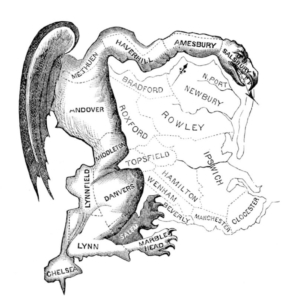 The Massachusetts senate district that gave rise to the term “gerrymander.” Courtesy of Wikimedia Commons.

The new Ward F appears to be anything but compact. On the revised map it stands out against the other wards with its long, thin shape, resembling a lower case “r.” Indeed, the new Ward F bears a striking resemblance to a senate district in Massachusetts that spawned the verb “to gerrymander.”

The new Ward F, which will now include a larger piece of Downtown Jersey City, will also reduce the percentage of minority voters in the ward, according to Gilmore.

The ward commission is made up of six members, three Democrats and three Republicans, appointed by the governor along with the municipal clerk, Sean Gallagher. Both Gallagher and Fulop aide and commission member John Minella are seen as advocates for the mayor.

Gilmore is skeptical of the commission’s independence. “They’re like ‘It’s the governor who picks the board.’ Let’s be clear: It’s the county leadership who sends the people for the governor to appoint. He’s not picking them out of thin air.”

Said Harper of the new map, “It’s not a process destined to make people happy. It’s change, and people are resistant to change.”

But for Gilmore, more than change is at stake. “In essence it’s … trying to punish Ward F for … not picking the administration’s council member.”

“Maybe one or two projects is a coincidence, but every major project that I’ve spoken out against is stripped from the ward?”

A meeting to gather resident feedback on the plan will take place on Saturday morning at 9:30 a.m. at City Hall. The meeting may be viewed remotely here.  Speakers must sign up in advance. Additional information can be found here.

Haven Fundraiser to Feature Discussion on Resiliency in Face of Hardship, R...

“Signature” and Jonté Drew’s “Take A Breath”...
Scroll to top