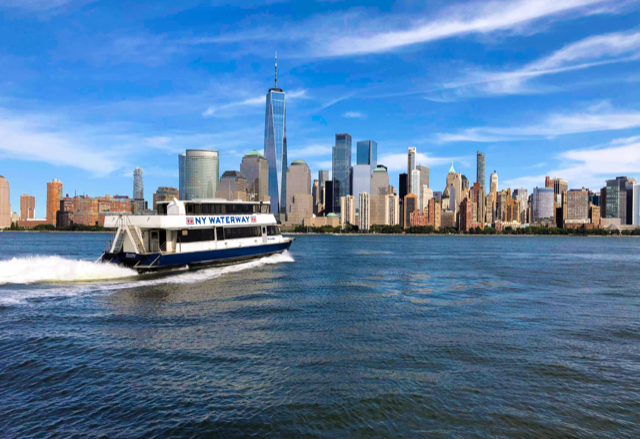 If you’d love to be able to take a ferry from Hudson County to the Jersey Shore, you’re not alone. So would lots of other ferry-friendly folks who attended a Jan. 14 virtual meeting of the Hudson County Division of Planning.

The division is conducting a study of six different proposals to add ferry service to and from the area in order to alleviate the county’s congested roads and trains.

The analysis is being financed with a $276,000 grant from the North Jersey Transportation Planning Authority (NJTPA) Sub-regional Studies Program, according to Kevin Force, Hudson County principal planner and project manager for the study.

In addition, the Division of Planning is paying consultants McLaren Engineering Group; Steer, Fitzgerald and Halliday Inc.; and GGES to conduct market research and feasibility studies.

The meeting was spirited.

West Side Councilwoman Mira Prinz-Arey suggested the Hudson Mall site on Rt. 440 is a natural catchment point for a ferry landing (an idea that Force declined for the time being).

Asked by resident Martina Downey if the planners were looking at a county-owned, subsidized ferry service or if it preferred a private operator, Force said the study was still just conceptual.

At this point, he said, “We don’t have a ferry operator identified, and there is no funding to operate such services.”

Why even explore ferry transit in Hudson County?

As explained on the website dedicated to the project, the county’s dense population, close proximity to New York City and congested roadways accentuate the need for additional transportation modes.

Resident Nathalie Cook asked if the Communipaw Avenue (Rtes. 1&9) bridge would have to be raised every time a ferry passed underneath, assuming a possible landing in South Harrison or South Kearny. Force said the planners did examine bridge heights as part of its research and, to that end, “We eliminated [waterway] areas with low clearances. … No, it wouldn’t require the bridge to be elevated.”

Cook replied she hoped that was the case because, as someone who lives in Jersey City and drives to work in South Kearny, “it’s a nightmare every time that bridge is raised, which happens even for small boats.”

Among the six sites now being reviewed by the planning group, Bayfront took center stage at the Thursday night meeting.

Force touted that Jersey City location as a 103-acre redevelopment site bordering the Hackensack River that the city has acquired. Plans for the mixed-use site, said Force, call for the creation of 8,000 residential units (of which up to 35% are to be “affordable”) along with new retail and office space, a school, and 19 acres of open space.

Additionally, Force said, there is to be a new Hudson County Light Rail connection, part of what the city envisions will become a transit hub for the West Side.

The east side of Route 440 is being developed by New Jersey City University for an expanded campus and performing arts theater that will house the Joffrey Ballet.

In anticipation of all these changes and to accommodate the heavier foot traffic that is expected to result, Force said the county will be installing new traffic signalization on Route 440.

Although Force could not say which of the six locations under consideration would be chosen—or how many new routes would be created—he did say three of the six sites would be eliminated by the time the study concludes in June.

COVID-19 Vaccines: How NJ Tries to Juggle Supply and Demand
Scroll to top