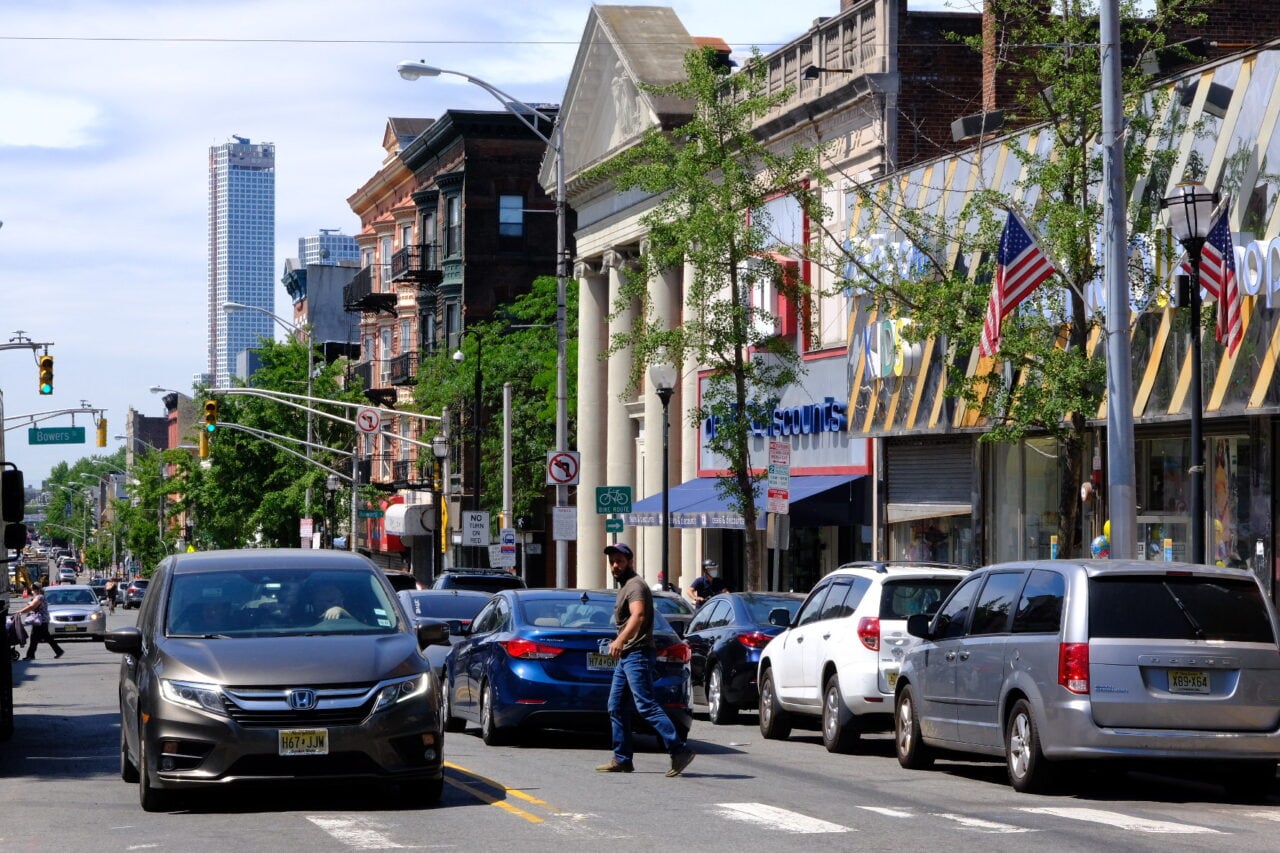 The Heights is located in the Jersey City palisades right next to Hoboken. Its boundaries are

Paterson Plank Road to the north, Highway 78 to the south, Hoboken to the east, and the Hackensack

River to the west.

What is thought to be the oldest building in Hudson County, the Van Vorst House, dating to 1742, is located there at 531 Palisade Avenue.

According to data from the Statistical Atlas and the U.S. Census Bureau, The Heights has the following population:

The Heights has multiple transportation options including the Hudson-Bergen Light Rail, NJ Transit buses, private jitneys, and van service operated by Via.

NJ Transit buses: buses 84 and 84P stop along Palisade Ave; bus 83 goes up and down JFK Blvd.; bus 88stops along JFK Blvd. and continues to and from West New York and Guttenberg; bus 125 can be taken to Union City and to the Port Authority Bus Terminal (PABT) in New York City and bus 119 which stops along Central and Palisade Avenues run from Bayonne to the PABT.  Residents can also take these same buses to the Journal Square Transportation Center for transfer to other buses or the PATHtrain.

Via Service: a ride-sharing service launched in early 2020 that charges $2 per ride to get anywhere within its service area in Jersey City, plus $0.50 per mile for rides outside of Downtown. Passengers can select their pick-up and drop-off locations and confirm their rides through the Via mobile app or by phone. Ten percent of the vans are electric. Service ends at 10 p.m., and there is currently no weekend service.

The Central Avenue Shopping District is home to a variety of boutiques, restaurants, markets, and stores and runs nearly one mile from Manhattan Avenue to Paterson Plank Road. The full list of stores can be found on JCHeights.com.

Leonard Gordon Park (located on the corner of Manhattan Avenue and John F. Kennedy Blvd.) has become something of a local legend for Jersey City residents. Most commonly referred to as ‘Mosquito Park’, it is named after Dr. Leonard Gordon, a Union-fighting Civil War soldier who practiced medicine in Jersey City and was the first president of the Jersey City Free Public Library. (Mosquitos from the nearby Meadowlands used to invade the park on a regular basis.) Visitors will find life-size statues of bears and buffalo throughout the park, courtesy of sculptor Solon Hannibal Borglum.

Jersey City Reservoir No. 3 is a decommissioned reservoir located between Central and Summit Avenues from Jefferson to Reservoir Avenues.  It was built between 1871 and 1874 as part of the city’s waterworks system designed to provide potable water to the city and continues in service until the the 1980’s.  Now Reservoir Nol 3 is a beautiful lake surrounded by trees and meadow-topped walls in the center of the Jersey City Heights.  The Jersey City Reservoir Preservation Alliance, started in 2002 runs  maintenance and supervises programs.

When the White Mana Diner (470 Tonnelle Avenue) was promoted as “the diner of the future” at the 1939 World’s Fair, who knew that the local landmark would still be around to offer burgers and milkshakes today? Mario Costa has owned the diner since 1979, and it still has the same art deco design and local charm that captivated audiences nearly a century ago. And the prices can’t be beat either: A cheeseburger costs only $2.05.

Visitors and locals alike love Riverview-Fisk Park (1 Bowers Street) for its amazing view of the New York City skyline and of Hoboken. The park has a small playground, dog area, basketball courts and a community garden. During the spring and summer, Riverview-Fisk features a farmers market and free yoga classes.

The Riverview Farmer’s Market is held Sundays rain or shine from 10 p.m. to 3 p.m. at Riverview-Fisk Park (498 Palisades Avenue.) The market runs from the first Sunday in May through the first Sunday before Thanksgiving in November.

Ward D Councilman Yousef Saleh was appointed in May of 2020 following the passing of the late Councilman Michael Yun. Born and raised in the Heights and long active in the area’s civic life, Saleh graduated from Rutgers University Law School.

Alexa Lima serves as the Executive Director of the Central Avenue Special Improvement District (CASID), a position she has held since May of 2020. CASID was established to improve and preserve the “main street aspect of the Heights community. It hopes to turn the district into a go-to area for dining, shopping and working.

The Riverview Neighborhood Association (RNA) is one of the oldest continually active community organizations in Jersey City and covers residents surrounding Riverview-Fisk Park. Founded in 1983, it partners with community members, local organizations and government leaders to instill pride and improve the quality of life in the neighborhood. Jocelyn D. Patrick serves as president.

The Hudson County Board of Commissioners has received a $900,000 grant from the New Jersey Division of Travel and Tourism Destination Marketing Organization to provide financial assistance for Tourism and Marketing to promote Hudson County and New Jersey State as a premier travel destination.

Sustainable Jersey City is seeking volunteers for its 2022 Trees and Trash Action Campaign to help Jersey City’s mature trees thrive and is seeking volunteers. Each “environmental steward” who participates will add materials to the soil surrounding street trees while also removing trash and other debris harmful to the trees. In partnership with Clean Green Jersey, SJC will conduct the campaign at three different locations over the course of three Saturday mornings in May. Training and supplies will be provided

Riverview Jazz is announcing a Covid-Relief grant for Hudson County jazz musicians, aimed at professional musicians who have been financially affected by the Covid-19 pandemic. The grant will award ten recipients with a check of $2,000. Applicants must be 18 years of age or older, reside in Hudson County, and be a performing jazz musician. The deadline for applications is May 16,2022 and the winners will be announced at the Jersey City Jazz Festival June 4-5, 2022. For more information or to apply for the grant, please visit: https://riverviewjazz.org/grants