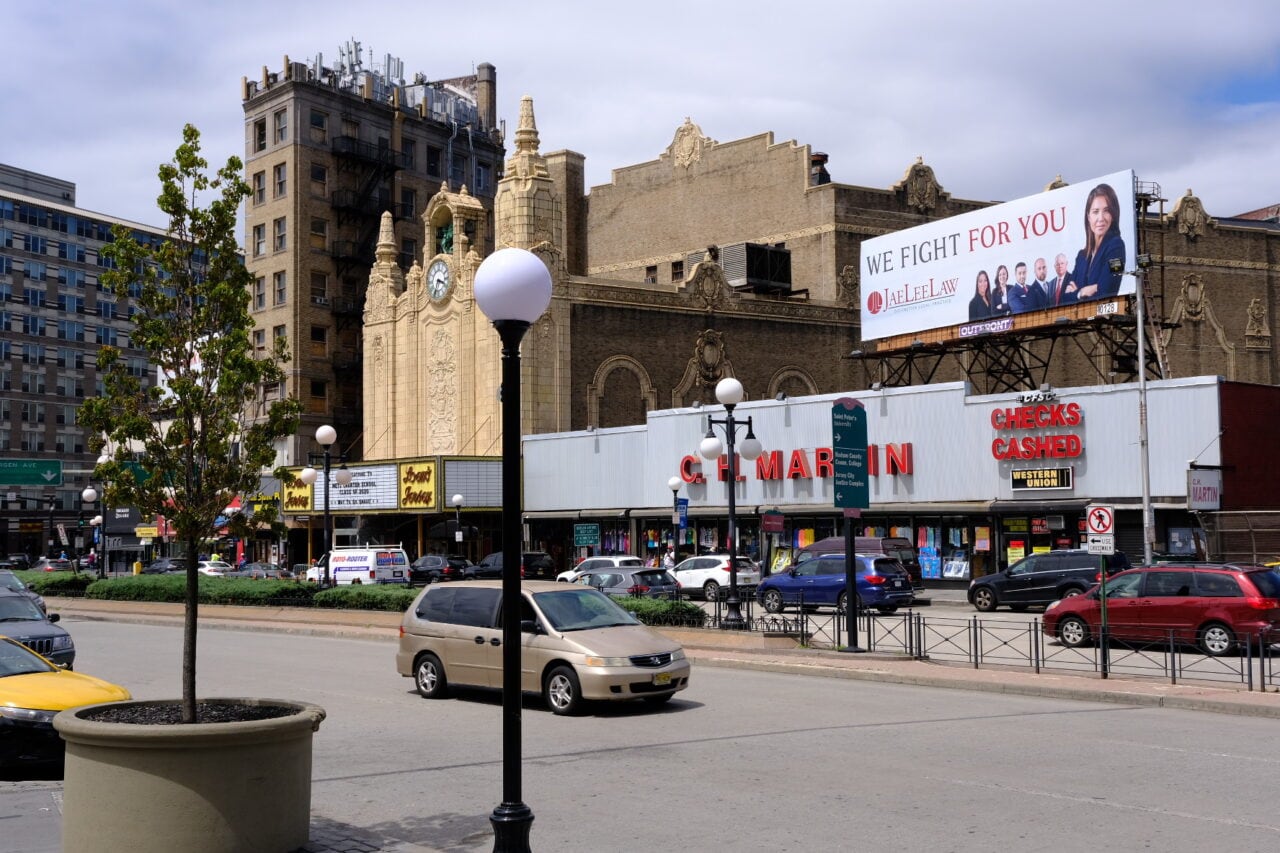 Journal Square is the so-called ‘transportation hub’ of Jersey City, and it lies in the center of Jersey City. Many main highways, such as Highway 78 and Route 139 run alongside it. The Hackensack River runs alongside it to the East.

According to data from the Statistical Atlas and the U.S. Census Bureau, Journal Square has the following population:

Journal Square has many transportation options available to commuters. The Journal Square PATH Station (1 PATH Plaza) has routes to Hoboken, New York and Newark, and is handicap accessible.

NJTransit buses are also available at the PATH Station, and travel all throughout Jersey City and Hudson County, and also make trips to New York and the greater New Jersey area.

South from Journal Square through McGinley Square towards Danforth Avenue, visitors will find a variety of specialty shops, drug stores and restaurants. This bustling shopping district truly does have something for every occasion.

The Loews Jersey Theater (54 Journal Square Plaza) is one of Jersey City’s most iconic landmarks. Opened in 1929, the outside architecture is just as beautiful as the inside: faux marble columns, crimson curtains, bronze embroidery and a grand chandelier paint a lavish picture. The auditorium seats 1,900 seats with an additional 1,200 on the balcony. Today, the Loews is still open for business: showing films and hosting events. Newlyweds-to-be can also get married at the iconic theater, and have their names put in the marquee.

Most people know Jackie Robinson as the first African-American baseball player, who made his debut on the Brooklyn Dodgers. What most don’t know is that Robinson once played for the Montreal Royals in a game against the Jersey City Giants. In this game, he became the first African-American baseball player to play in a AAA minor league game. The game took place at Roosevelt Stadium, not too far from where a statue of Robinson resides today at the PATH Plaza at Journal Square.

Old Bergen Church (1 Highland Avenue) was first constructed in 1660 by Dutch settlers. The church has gone through numerous changes throughout the years, but the church itself has remained a staple in Jersey City throughout its 360-year history. The Old Bergen Church Cemetery (806 Bergen Avenue) is the first and oldest church burial ground in Jersey City and the state of New Jersey. The first recorded burial took place in 1668.

The Journal Square Green Market is held right outside the Journal Square PATH Station, and is held every Wednesday and Friday from 2 p.m. to 8 p.m., starting May 27 and running through December 23.

Ward C Councilman Rich Boggiano has lived in Jersey City for 40 years, and has served on City Council for seven of them. A retired Jersey City police officer and veteran of the U.S. Marine Corps, Boggiano acts as a liaison to West Point, the State Department, the Jersey City Police Department and various ethnic groups as apart of the Winning the Peace program.

Kevin Bing serves as the President for the Journal Square Community Association, an organization that represents the residents of the Journal Square area. The association also advocates for the community when “dealing with city government, developers and the business community,” according to their website.

The Hudson County Board of Commissioners has received a $900,000 grant from the New Jersey Division of Travel and Tourism Destination Marketing Organization to provide financial assistance for Tourism and Marketing to promote Hudson County and New Jersey State as a premier travel destination.

Sustainable Jersey City is seeking volunteers for its 2022 Trees and Trash Action Campaign to help Jersey City’s mature trees thrive and is seeking volunteers. Each “environmental steward” who participates will add materials to the soil surrounding street trees while also removing trash and other debris harmful to the trees. In partnership with Clean Green Jersey, SJC will conduct the campaign at three different locations over the course of three Saturday mornings in May. Training and supplies will be provided