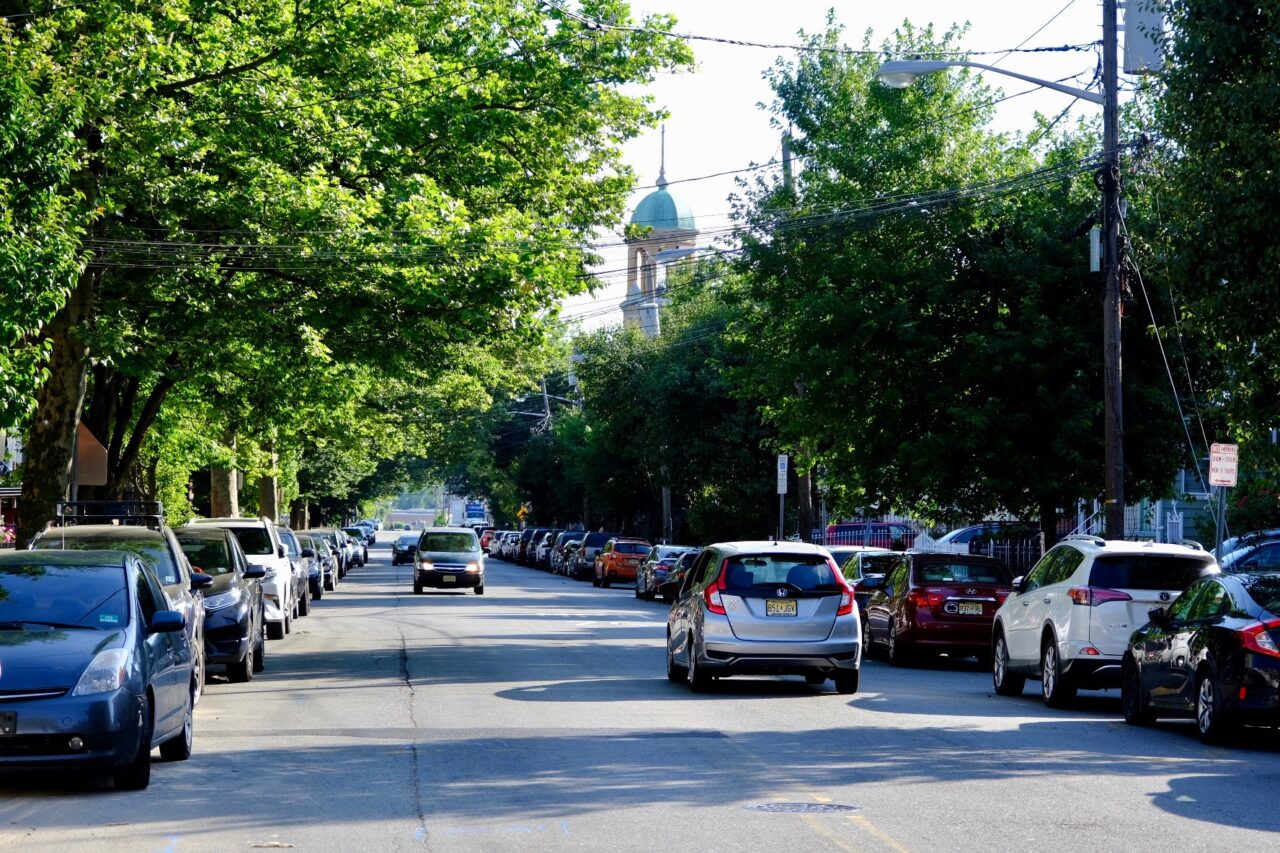 Bergen-Lafayette is located west of Liberty State Park.It’s other borders overlap Greenville’sat the Hudson-Bergen Light Railto the south, Lincoln Park to the west, and Montgomery Street at McGinley Squareto the north.

From its name, the “Bergen” portion roughly corresponds to the former town of Bergen City, which existed from 1855 to 1870. In 1870, the neighborhood—along with the former Hudson City—merged with the larger Jersey City.

The “Lafayette” part of Bergen-Lafayette’s name likely refers to the Marquis de Lafayette, who served in the Revolutionary War and was stationed in Bergen in 1799. Lafayette Park is one of the neighborhood’s foci and can be found parallel to Communipaw Avenue between Lafayette and Maple Streets. It was originally close to the waterfront before an extensive landfill was built in the early twentieth century, expanding the city’s size.

For a further information on the history of Bergen-Lafayette, we highly recommend Jersey City blogger ChicPea’s wonderful article on the subject.

According to data from the 2010 U.S. Census Bureau’s Statistical Atlas, Bergen-Lafayette has the following demographics:

Bergen-Lafayette features a variety of bus routes that take riders to Journal Square, Exchange Place, and the New Jersey Transit/PATH terminal in Hoboken where they can catch rail and ferry options to New York and other destinations.

In addition, two stops on the Hudson-Bergen Light Rail are in the periphery of the neighborhood: Liberty State Park and Garfield Avenue Stations.

Ocean Avenue stretches from Bergen-Lafayette through Greenville and boasts everything from clothing stores, to supermarkets to sandwich shops.

Liberty State Park (200 Morris Pesin Drive) is the largest park in the neighborhood. The sprawling 1,212-acre amenity offers unparalleled views of the Manhattan skyline and features the Empty Sky 9/11 Memorial and the historic (though abandoned) terminal of the Central Railroad of New Jersey Terminal (1 Audrey Zapp Drive). Park visitors can also take a ferry to the Statue of Liberty and Ellis Island, one of the reasons that Jersey City is referred to as “America’s Golden Door.”

Berry Lane Park (1000 Garfield Avenue) is the largest municipal park in Jersey City and was opened in 2016. The park has two basketball courts, two tennis courts, a baseball field, a soccer field, a playground, a rain garden, and a splashpad water park. This 17.5 acre athlete’s dream will also soon have a skate park.

Moore’s Lounge, aka Bill and Ruth’s (189 Monticello Avenue) is a jazz club that has been apart of Jersey City for the past 40 years. Started by drummer Winard Harper, the venue brings together diverse audience members and musicians to showcase their talents at affordable ticket prices.

Friends of Arlington Park holds a farmer’s market every Saturday from 10 a.m. to 2 p.m. in this triangular  park, which is located at the intersection of Grand Street and Bramhall and Arlington Avenues. The market runs mid-July through late October.

Ward F Councilman Jermaine Robinson has served on the Jersey City Council since 2017. Robinson is a former property manager for the Martin Luther King, Jr. hub and is a licensed real estate agent. He is also the owner of the Light Rail Café on Randolph Avenue.