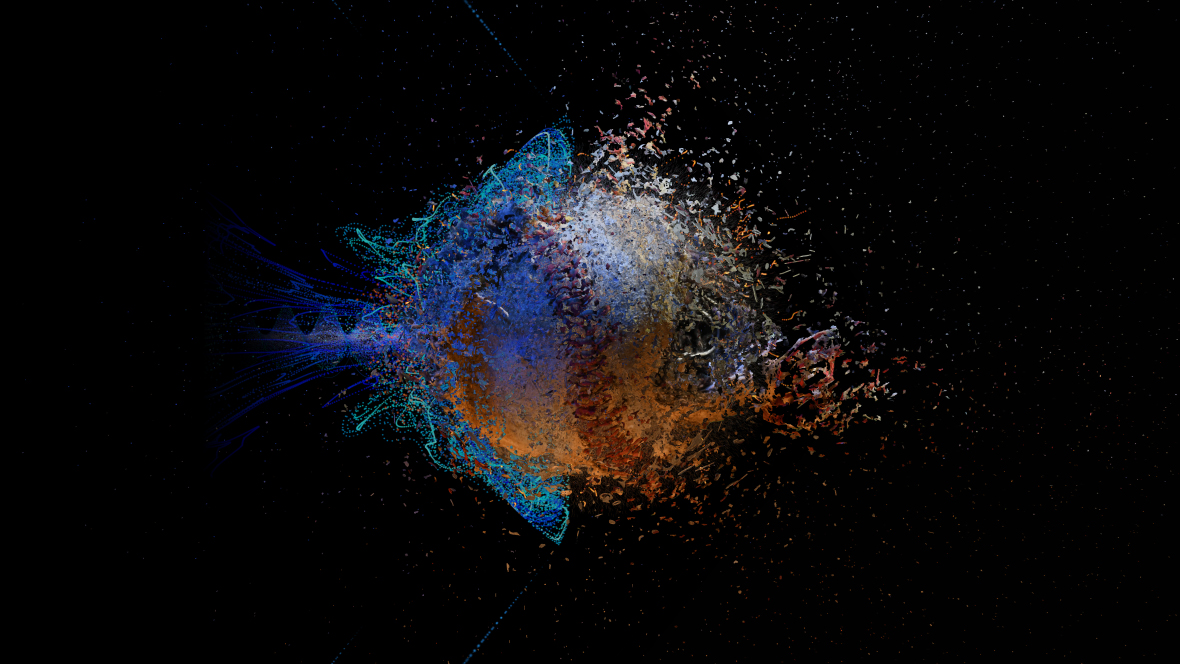 It takes a genuine fan to mount a baseball-related exhibition in August. The fifth month of the season is, traditionally, the dog days: players are worn down from the grind of daily exertion, the novelty of warm weather has long since given way to exhaustion, nothing is yet decided, and the games seem to stretch on, interminably, toward a horizon made of perspiration and steam.  After Labor Day, the pennant races heat up, the drama mounts, and spectators turn their attention back to balls, strikes and their consequences. 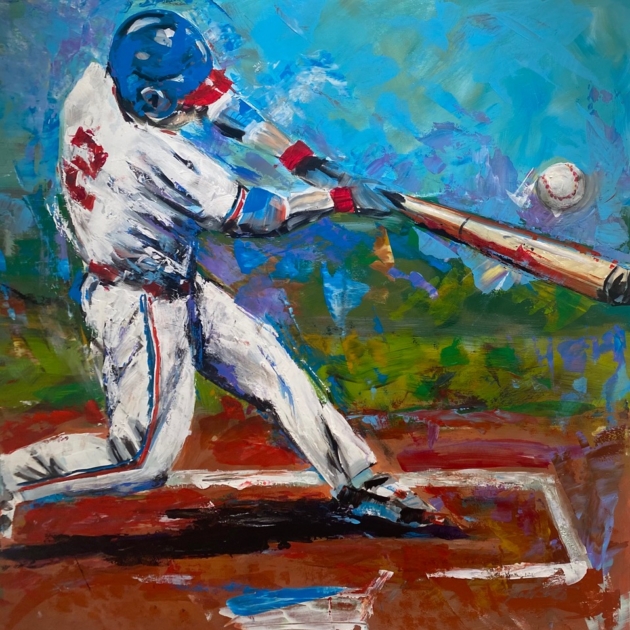 But for the true obsessor, the season never stops. It is in the nature of baseball to catch certain people by the collar and keep them glued to the box scores for life.  These people aren’t always obvious sports enthusiasts: perhaps they’re stats geeks, perhaps they’re architects struck by the beauty of the diamond, perhaps they’re physicists fascinated by spinning projectiles and the slash of wood through hot summer air. Perhaps they’re even experimental photographers from Jersey City.  Susan Evans Grove has distinguished herself with her uncanny close-up shots of ships’ hulls; presented out of context, the scrapes, pockmarks, and striations on the sides of weatherbeaten boats take on the characteristics of a open sky, or an electrified cityscape after dark. She’s got something to say about the immensity of the sea and the generative power of the wind and waves, and she extends that respect for nature and the environment to all of her work.

She is also — and this does not feel coincidental — a dedicated Yankee fan. Grove is the kind of wide-scale baseball-watcher who likes to go to humble minor league parks to check out stars on the rise. She understands that the game unfolds over time, and that its settings, and rhythms lend themselves to storytelling.  A season, she recognizes, is a work of collaborative art made of thousands of small marks, accidental and intentional, that coalesce to form a picture of great narrative depth. “National Pastime,” the modest-sized but passionately realized show she’s curated at ART150 (150 Bay Street) seeks to put baseball in the context of wider American struggles for racial and gender equality. But the ProArts exhibition, which’ll be on view in the main but diminished second floor gallery until Aug. 26 from 1 p.m. until 4 p.m. on Saturdays and Sundays, is no mere social history lesson. It’s an act of love — one that could only have been mounted by someone who knows the particular thrill of watching a favorite athlete round third and head for home.

To those who don’t follow the sport, baseball often seems like cultural residue from a slower era — a game without a clock, one that resists both the industrial rhythms of the late twentieth century and the blind acceleration of the Information Age. The baseball itself is an object out of time: not quite spherical, not quite organic, unnaturally white and held together by bright red thread. How long can it resist the crushing pressures of contemporary life?  In a wall-hanging sculpture, Tarik Mendes locates a baseball at the bottom of a crumpled black net. The scene framing it is turbulent and ominous, but it remains pearl-like, eye-catching, with inviolable structural integrity.

Frank Ippolito is not so sanguine. In his image, a roundball is shattered, spectacularly, into digital fragments, as if it was hit by a soundwave far fiercer than an Aaron Judge uppercut. Grove herself dissects baseballs, peeling them like oranges and laying their dirt-browned skins flat, and embroidering their edges with colored thread. In another piece, she knits grey rectangles out of the wool from the guts of the balls. She’s given this moody textile a homey name with a baseball meaning: “Can of Corn,” a broadcaster’s term for a harmless fly ball to an outfielder.

The baseball also shows up in more traditional works. It hovers above the bat of “The Raker,” John Botti’s representation in acrylic of a right-handed hitter in the midst of a swing. All of the brushstrokes point toward the ball; the batter’s head is down and his concentration is total, his pose is iconic, and home plate looks like a map of the United States of America. In Sydnei Smith Jordan‘s “Satchel,” the legendary pitcher, rendered in oil, presses a ball against his lips. It’s a physical manifestation of his affection for the sport that made him, and a reminder of the tactile nature of baseball, and the smell of the horsehide, the rough feel of the stitching on fingertips, and the heaviness of wood and folded leather.

The magic of baseball even speaks to artists who don’t know much about the game: affable Guillermo Bublik admits he’s no aficionado, but he’s nevertheless contributed a pair of large drawings in colored magic marker that capture the combination of extreme tension and sudden release that makes a good baseball game a portrait of suspense. His hitter is a coil unsprung, snapping forward to meet the ball.  His fielder is all wires and curls, fluid and poised, a tangle of sinew organized and guided by intention. Even more abstract is “The Windup” by Donald Rieck, a colored pencil sketch of a blob-like figure in mid-stride, head tipped back, hand pointed homeward, his thick legs a firm foundation for a purposeful pitch.

All of these images are deeply suggestive of concentration. They speak about singleness of purpose. That’s an archaic value, but it’s a coveted one nonetheless.  Everything on the diamond is oriented toward legible points of action: the conversation between the pitcher and the catcher, the cat-and-mouse game between the base-stealer and the fielder, and the age-old race between the runner and the ball.  Baseball is a game of clarity — everything is measurable, and everything ends up in the box score. Denying baseball to African-Americans and women, then, feels like more than an act of simple bigotry. Those who aren’t allowed to play are alienated from an engine of meaning-making. It’s an erasure from the record books.

“National Pastime” returns, often, to the figure of Satchel Paige, who had to wait until he was forty years old before he had a chance to pitch in the American League. Greg Jezewski‘s “Ace of Spades” shows Paige in acrylic and pencil, looking warily over his pitching shoulder; Akil Roper‘s “Made in America” portrays Paige in deep meditation before the release of the pitch, the ball disguised, his eyes half closed, and his jaw set against adversity.  In 1948, Satchel Paige was no longer the flamethrower he’d been in the Negro Leagues, but he still helped guide the Cleveland Indians to the World Series; five years later, pitching on guile and gasoline fumes for the sad-sack Browns, he was still somehow an All-Star. His is a story of perseverance and triumph, however incomplete, and it’s easy to see why it would appeal to artists who also have to struggle for recognition within systems that, too often, shut them out. The league will never know exactly what it lost when it refused to let Satchel Paige compete, but it’s notable that the pitcher wouldn’t play that game; “don’t look back, something might be gaining on you,” he famously said, focusing on the part of the story yet unwritten.  As Susan Evans Grove can tell you, that’s part of the beauty of baseball.  No matter what happened yesterday, there’s always a game tomorrow.