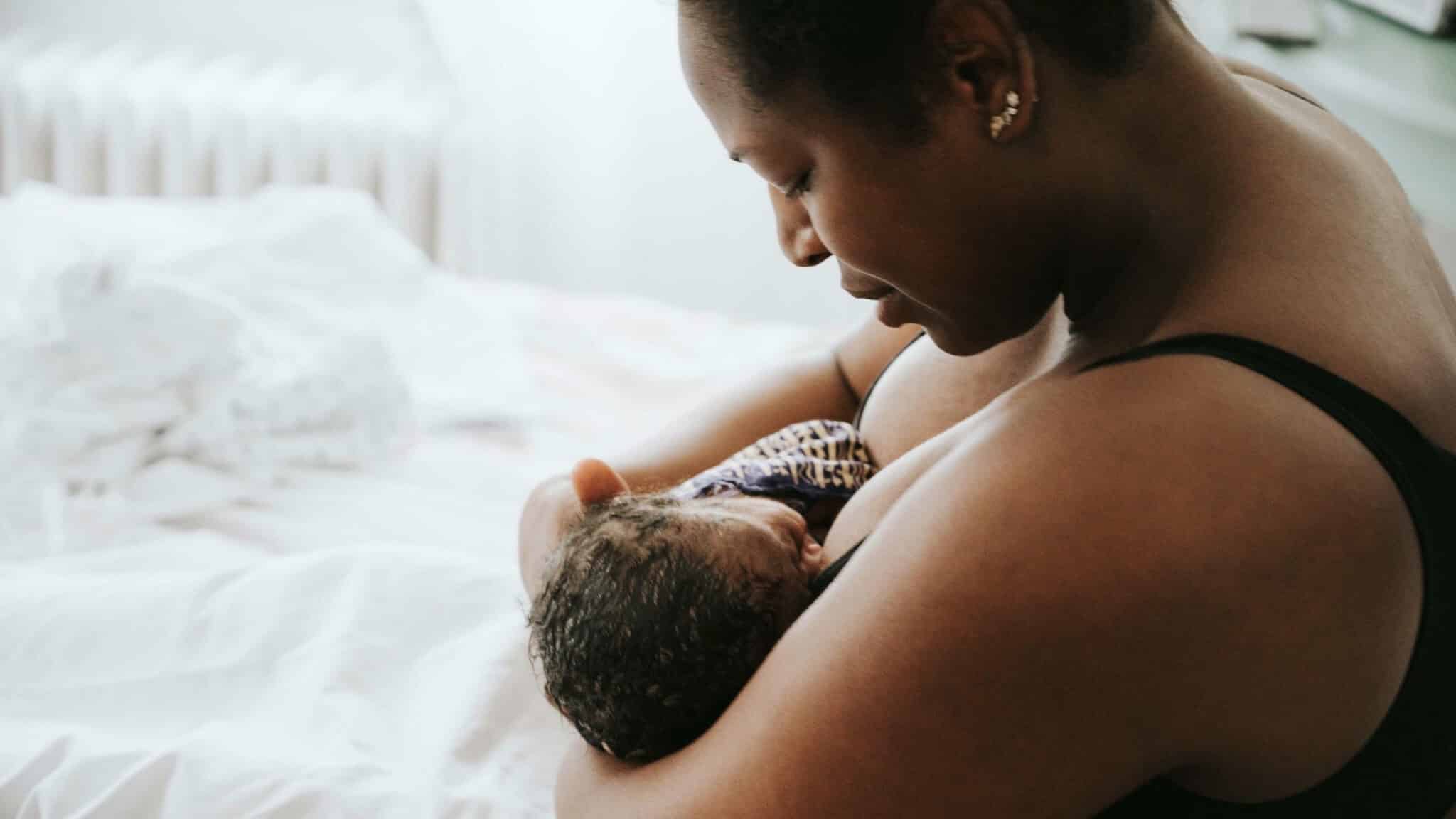 Jillian Bostock gave birth to both of her babies at home with the help of a midwife, dodging the constant cervical checks, needle jabs, and beeping machinery that come with a hospital birth.

“Hospitals are full of interventions. At home, I don’t have to fight for bodily autonomy,” said Bostock, of Wall Township.

She wants to have more babies at home someday — but fears she’ll be doing it on her own, with no licensed midwife to help, thanks to a state regulation that midwives are fighting to change.

New Jersey requires licensed midwives to have a “consulting agreement” with an obstetrician in order to practice. The idea is to ensure midwives have a go-to expert on call if complications arise. 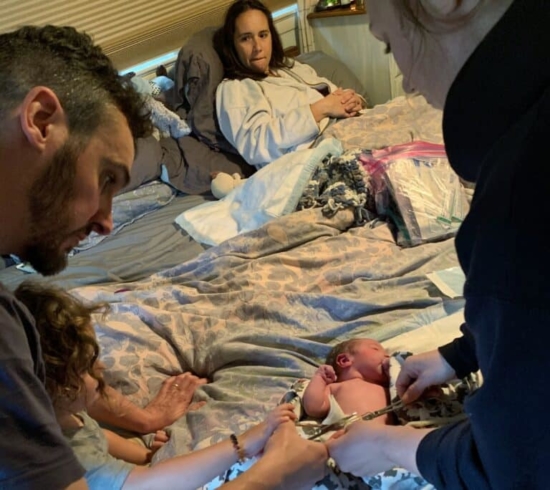 Jillian Bostock, her husband Dan, and son Cole look on as a midwife tends to newborn Pearl, who was born at the family’s Monmouth County home in April 2020. (Photo courtesy of Jillian Bostock)

But it’s grown tougher for midwives to persuade doctors to partner with them, as more doctors leave independent practice and more insurers, citing liability concerns, increasingly reject such relationships.

As pandemic fears drive up home births, midwives say the regulation has become burdensome without enough doctors willing to sign on as official consultants. That could force women who want a home birth to instead head to the hospital — or go it alone at home.

While home births represented less than 1% of the 96,500 births last year in New Jersey, midwives also deliver thousands of babies in birthing centers and hospitals, and the regulation applies to them too. As more doctors reject consulting agreements, women who want midwifery care in any setting face an insurmountable barrier, midwives say.

Carole Shipman, a Bergen County-based midwife since 2006, said she will lose her consulting physician on Sept. 1 due to tightening insurance restrictions.

“The state is really regulating the options that women have and taking this choice to have a birth with experienced, licensed midwives away from them,” Shipman said. “Without a collaborative agreement, I cannot continue to catch babies in the hospital or my home birth practice. Unless the state tells physicians they have to collaborate with us, our hands are tied.”

Last year, midwives asked for a pandemic exemption from the state’s rules, so they could treat patients independently until the public health emergency ended.

The state denied the request. Dr. Fred Silverberg , the obstetrician-gynecologist who argued to keep the regulation before the state board that oversees midwifery, warned that low-risk pregnancies can quickly turn into high-risk pregnancies. The regulation, he said, serves as a “safety net,” ensuring a physician is just a phone call away. It also provides a standard to hold midwives accountable for violating safe-practice rules, he added.

The American College of Nurse-Midwives (ACNM), which has long opposed such oversight, says it’s akin to being supervised by the competition.

“We’re being regulated by people who can and do control access to the market,” said Suzanne Wertman, who handles state government affairs for the ACNM. “There is absolutely no evidence in the literature that says that physician oversight leads to safer outcomes.”

In New Jersey, midwives now are lobbying the State Board of Medical Examiners, which oversees midwifery, to lift the regulation for good. 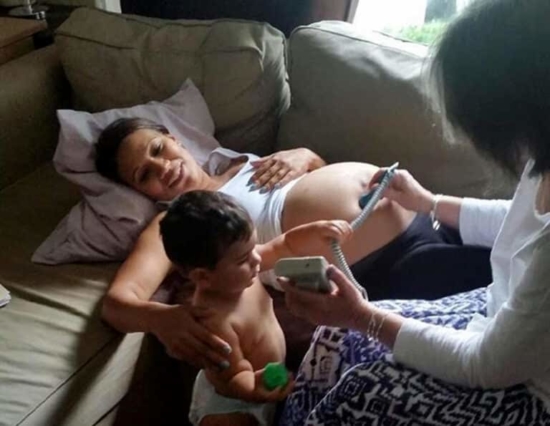 “We only deal with very low-risk women when we do home births,” said Dina Aurichio, a Branchburg-based midwife who serves the whole state. “Women deserve to choose where and how they have their baby. But if this regulation doesn’t change, it makes that difficult because many midwives will not be able to practice.”

The State Board of Medical Examiners and its Midwifery Liaison Committee operate under the Division of Consumer Affairs. Division spokeswoman Gema de las Heras said a majority of committee members and then the board must approve any regulation change. The public gets 60 days to comment, and the board could subsequently make amendments before a regulation change takes effect. De las Heras did not say where the committee and board stand on the regulation in question, nor where they are in the process of changing it.

Silverberg, in defending the regulation, conceded that keeping it doesn’t necessarily make midwifery safer. Instead, he said, it’s just “an additional resource.” Doctors, he said, have much more training than midwives do and are better-equipped to handle complications.

The state is really regulating the options that women have.

Advocates acknowledge that childbirth can be unpredictable, and emergencies can arise. That’s why midwives should have relationships with doctors, in case they need to consult or transfer care, said Mary Lawlor, executive director of the National Association of Certified Professional Midwives.

“But that doesn’t have to be accomplished by a direct written relationship,” she said. “This sort of regulation is a major barrier to practice and therefore to access to midwifery.”

A fix for maternal and infant mortality?

Even First Lady Tammy Murphy acknowledged the key role midwives play in helping to improve pregnancy outcomes in New Jersey, which ranks 47th in the nation in maternal deaths and has one of the widest racial disparities for both maternal and infant mortality. 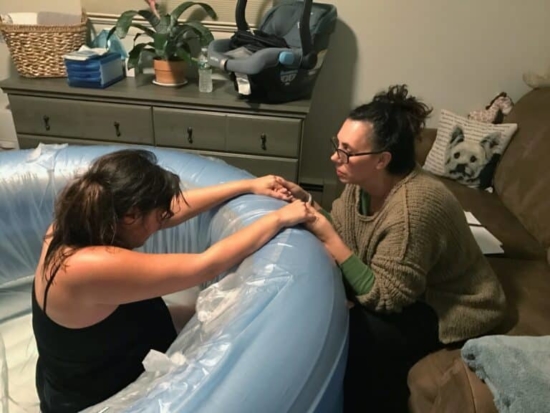 Murphy’s Nurture New Jersey initiative called on the state Department of Health to make several changes to improve women’s access to midwifery, including by allowing certified midwives to attend hospital births (which only nurse midwives are allowed to do now), allowing certified midwives to enroll as providers under Medicaid, and incentivizing hospitals to train student midwives.

Julie Blumenfeld, president of ACNM’s New Jersey affiliate, was happy to see the First Lady include midwifery in her plan, saying: “In the state of New Jersey, where we have a crisis situation in maternal mortality and racial disparities, we need to move the needle, and midwifery care is one of the best ways to make that happen.”

But it’s unclear what role the governor and first lady will play in that. In response to questions, a Murphy administration spokeswoman offered a prepared statement that didn’t specifically address the regulation in question, beyond generally supporting “increasing access to care.”

“First Lady Tammy Murphy’s Nurture NJ Maternal and Infant Health Strategic Plan — which aims to reduce maternal mortality by 50% over five years — outlines the need to create a landscape analysis of the state’s birthing workforce to identify service gaps and target potential interventions,” spokeswoman Alexandra Altman said in the statement. “Gov. Murphy included $250,000 in this year’s budget for this landscape analysis in maternal and infant mortality health hotspots and the administration will take those findings to improve care for New Jersey’s mothers and babies.” 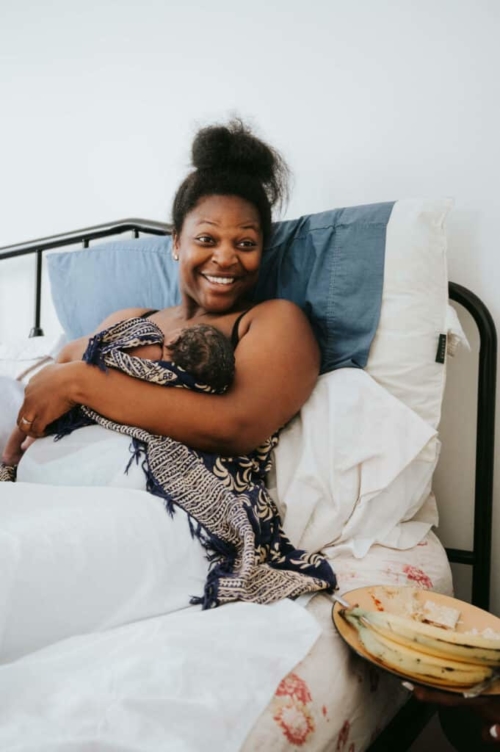 Marise Angibeau-Gray smiles as she holds her newborn Emory shortly after gave birth at home, assisted by a midwife, on July 12, 2021. (Photo by Angelica Marie)

For Marise Angibeau-Gray, any improvement — while welcome — comes too late. Five years ago, she went to a Middlesex County hospital when she began bleeding at almost 20 weeks pregnant. She lost her baby during a hospital stay she remembers as traumatizing. When she got pregnant last year, she knew immediately she wanted midwifery care — and wouldn’t return to any hospital for any part of the process.

Midwife Dahlyt Berezin-Bahr did the prenatal appointments at Angibeau-Gray’s Union County home. And when baby Emory arrived in July, Berezin-Bahr was there too, handling not only the nitty-gritty business of birth but also educating Angibeau-Gray on everything from breastfeeding to placenta health.

It was an “amazing, empowering” experience — and it almost didn’t happen. Berezin-Bahr’s consulting doctor ended his consultancy with her just weeks before Emory’s birth.

“This was at the end of my pregnancy. I don’t know what I would have done, because it was really too late to switch to another provider,” said Angibeau-Gray, whose dilemma was solved when her midwife was able to secure another doctor to consult.

Angibeau-Gray stands fully behind midwives as they fight to remove the consultancy regulation. And if they succeed, she has a suggestion for their next target: Insurance companies. Midwife-assisted home births have become a “privilege” that’s out of reach for lower-income mothers, because they aren’t always covered by health insurers, said Angibeau-Gray, who’s now wrangling with her insurance company over coverage.

So while they cost far less than hospital births, she said, their upfront and out-of-pocket costs to patients will keep them out of reach for many women, even if a million doctors line up to consult.

“It’s another barrier that puts you at the mercy of the system,” she said.