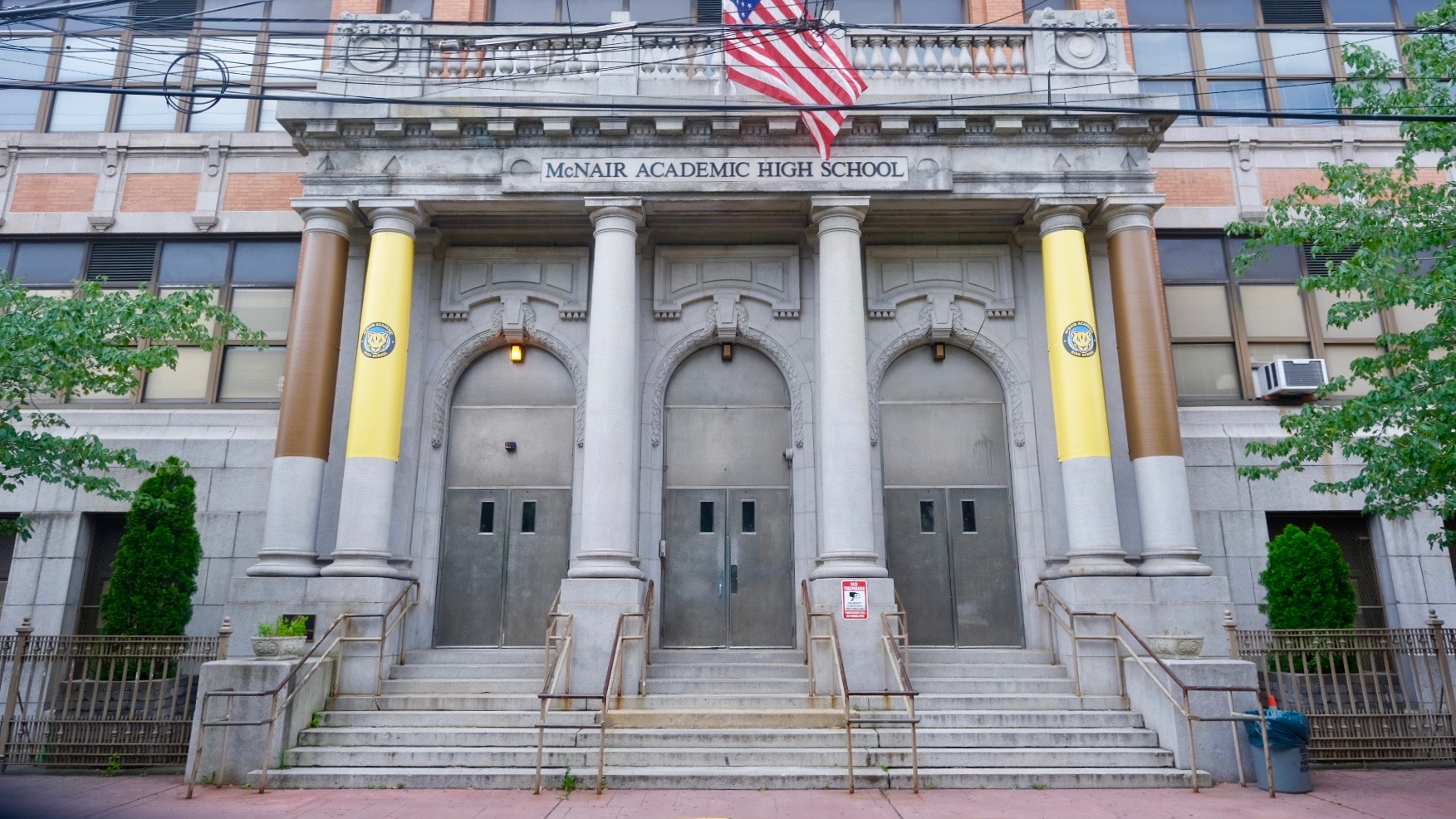 When it comes to challenging its students, the Dr. Ronald E. McNair Academic High School ranked in the top one percent of high schools nationally, according to a new study.

Called the Jay Matthews Challenge Index, the ranking looks at the number of Advanced Placement, International Baccalaureate or Cambridge tests given at a school each year.

Of America’s 22,000 high schools, McNair placed 142 on the Index. Eight other New Jersey high schools were in the top one percent. All were public except one.

In his Washington Post column on Sunday, Jay Matthews, explained the thinking behind his eponymous index. “The most common school rating systems emphasize average test results. I don’t do that, because I think scores are more a measure of the affluence of parents than of the quality of the school.”

“What distinguishes schools on the Challenge Index is not family income but teacher expectations. The schools that do well on the list open AP, IB and Cambridge courses to any who want to take them, and sometimes require that everyone take those courses and tests. Unfortunately, most high schools allow only students with good grades into those programs. They don’t understand that even students who fail the exams learn more than they would in regular courses.”

“Participation in college-level AP, IB and Cambridge tests” says Matthews “is a unique measure of the depth of learning. Teachers cannot dumb down the exams because they are written and graded by independent experts.”

McNair is highly ranked by U.S. News and World Report as well, coming in at 5 in New Jersey and 68 nationally.

Reclining Liberty Gets a Touch-Up

Drive-By Shooting is Second in a Week, City Mum
Scroll to top