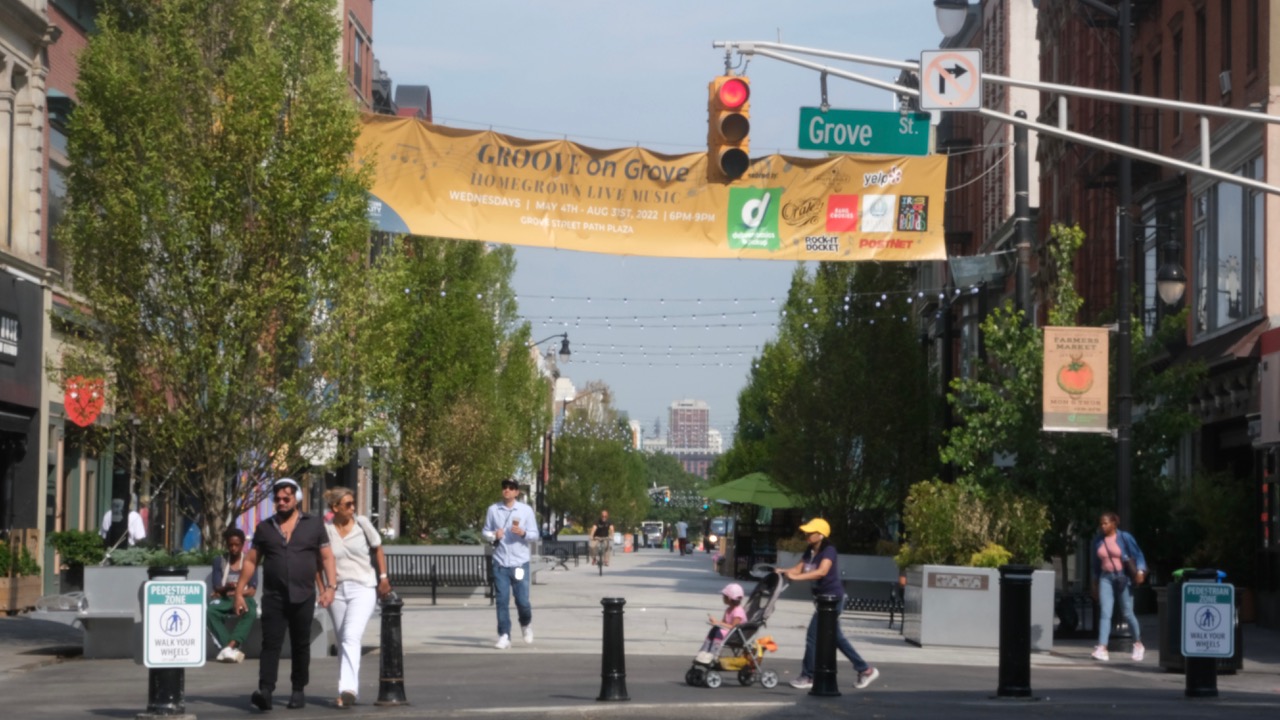 On Monday, fourteen months after the official groundbreaking on a $6.7 million renovation, the Newark Avenue Pedestrian Mall is to be christened at an official ribbon cutting.

As a publication that has often been critical of the mayor, we’ve unsurprisingly received no invitation to the festivities. However, a win is a win, and the mayor deserves congratulations. The pedestrian mall appears to be an unqualified success.

From the beginning, the plan to close Newark Avenue to traffic was controversial. Those of us who were here in 2014 well remember the heated meetings and dire predictions. Some said businesses would close. Others said that traffic would come to a standstill. Neither happened.

The mayor is nothing if not confident in his positions and, apparently, had little time for the naysayers. He intuitively knew what the great Jane Jacobs wrote in her classic book “The Death and Life of Great American Cities.” “You can’t rely on bringing people downtown, you have to put them there.”

The pedestrian mall has indeed “put them there.” Walk through it on a Friday or Saturday night, and you will meet people from every corner of Jersey City, there to eat, drink, socialize, hang out and, yes, get into trouble. There is no place in Jersey City that better represents the city’s stunning diversity.

Is there work still to be done? Yes. Newark Avenue needs more than restaurants and bars. Better security will be needed to manage often boisterous and sometimes highly inebriated bar-hoppers. Quality of life for local residents must be addressed. And, last, but not least, other business districts in Jersey City must receive similar investments. Monticello Avenue might be a good place to start.

But for now, Jersey City should celebrate the completion of this new public space. The mayor should take pride in what his vision and tenacity has accomplished.

Note: The publisher of The Jersey City Times owns a business on the pedestrian mall.