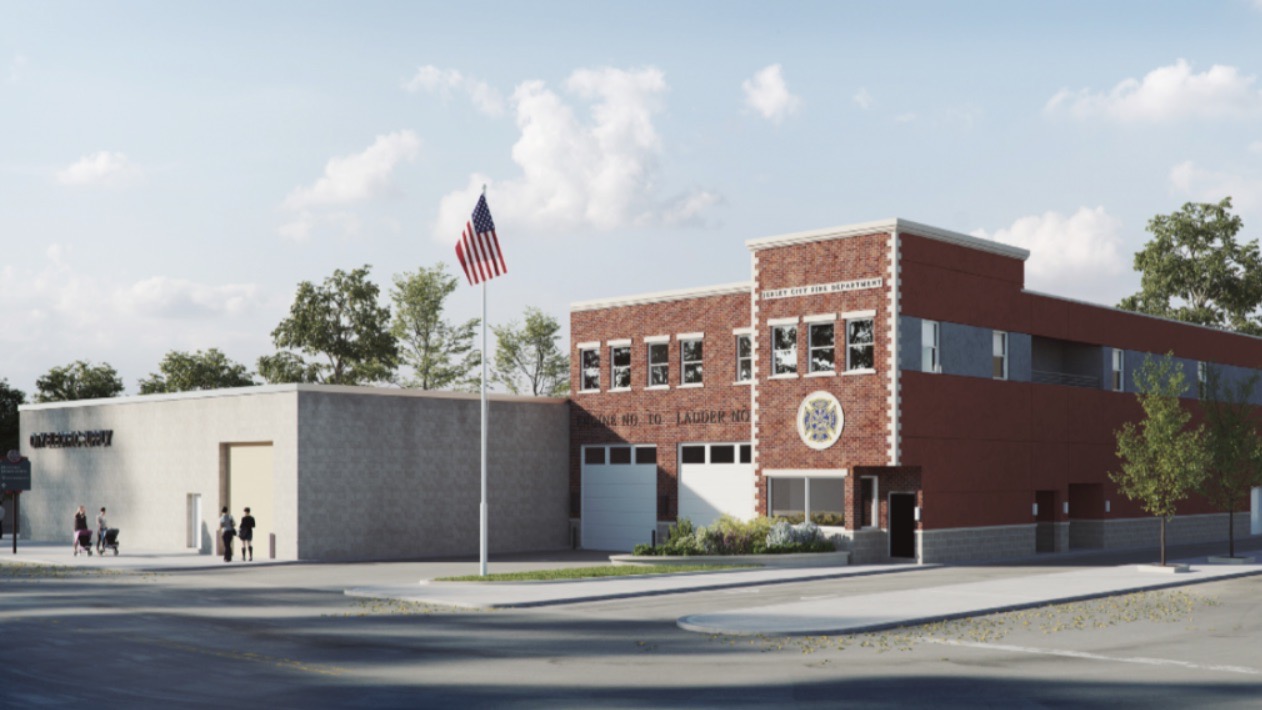 The new 12,000 square foot fire station will house Engine 10 and Ladder 12, formerly of Halladay Street. It will replace the decommissioned 116-year-old fire station, which was condemned after the floor collapsed inside the single-bay structure, originally built for horse-drawn fire apparatus.

“We are furthering our commitment to bring renewed opportunities to areas that need it most, and this firehouse is our latest investment in the key community assets our residents deserve,” said Mayor Fulop in a press release.

“We have the best fire dept in the state of New Jersey. The men and women that serve the Jersey City Fire Department reach beyond the borders of Jersey City. They’re called to help in municipality after municipality in the surrounding area and they do it with expertise and excellence, and it’s our job in this administration to support them with the best equipment so they can be safe and make sure the people they’re serving can be safe,” he said at the ground-breaking.

Located at 627 Grand Street, which is currently a vacant lot, the new firehouse will be green construction and a Leadership in Energy and Environmental Design (LEED) Silver Certified structure designed with dual bays to accommodate three full-sized apparatuses, advanced decontamination and hose extraction equipment, turnout gear, and housing for firefighters.

“Our firefighters answer thousands upon thousands of emergency calls every year, and this new location will put our first responders in the heart of the community to enhance visibility as well as emergency response,” said Public Safety Director James Shea. “This new firehouse will also include communal spaces to allow for training exercises and offices.”

Bergen-Lafayette has seen a great deal of new development under the Fulop Administration, including the opening of 18-acre Berry Lane Park and the construction of numerous residential buildings concentrated near the Liberty State Park Light Rail Station that have increased the area’s population by thousands.

Referencing this growth, Ward F City Councilman Jermaine Robinson, who represents the area and attended the groundbreaking, said: “The quicker we get this up the better it will be for all of us here in the city … and making sure that Ward F residents are first. …This [firehouse] is something we’ve worked hard for the past several years, trying to find the location, trying to find the money, and that this is something that represents the neighborhood.”

Construction on the brand-new firehouse is expected to be completed in late 2022.