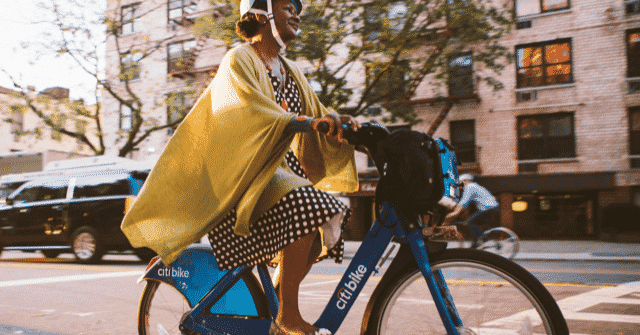 Mayor Fulop announced today that the Citi Bike program will be expanded by an additional 150 bicycles and 15 new stations and extend to Hoboken, pending approval by that city’s city council. Jersey City’s Municipal Council approved the resolution during Wednesday’s meeting.

Citi Bike was launched in Jersey City in August of 2015. At the time, it was seen as a snub to Hoboken, which already had a bike sharing program using a different vendor. Explaining his his desire to have a system that worked with New York City’s, Mayor Fulop told The Jersey Journal, “What’s most important for me is that folks in the Heights or Greenville, where’s there’s not great access to the PATH, can get to the train, get out on the other side, and then get on a bike.” With Hoboken joining the system, it now appears that the mayor’s vision has won the day.

The first two stations will be installed in Greenville, as identified by residents, within the first 60 days.

“We have had great success in our valued partnership with Lyft, and this agreement is the latest step in our commitment to establish a comprehensive transportation network that includes mass transit, the Via system we implemented, and the growing bike share program, to better connect our residents to jobs, schools, and other important opportunities,” said Mayor Fulop. “In addition to having integration with Hoboken for the first time, as part of this agreement, Jersey City will immediately add two stations in Greenville based on community feedback. From there, the contract states we will add 15 stations with priority in Greenville, West Side, and The Heights.”

The unified system will include 650 bikes in Jersey City and 300 bikes in Hoboken, for a total of 950 bikes, under the five-year agreement. For the first time, the fleet will be comprised of both pedal bikes and pedal-assist ebikes. According to the announcement, this will provide more options to best meet diverse riding preferences and allow riders of varying physical abilities to take longer rides, easily climb hills, and arrive at their destination more quickly. Over the next five years, Citi Bike will expand in Jersey City to 66 stations, 40% of which will be pedal-assist ebikes.

The agreement consists of 82 docking stations, including the 51 existing Citi Bike stations in Jersey City, two additional stations in Greenville, and all new stations in Hoboken. The expanded system will continue to be a part of the Citi Bike regional network, accessible on both the Lyft and Citi Bike apps, and with annual members having access to all Citi Bikes across New York and New Jersey. Reduced fare Citi Bike memberships are available for Jersey City Housing Authority residents and SNAP recipients.

“This is a big step toward continuing to grow Citi Bike’s role as a truly regional bike share program that meets the first- and last-mile commute needs of New Jersey residents, who often have bikeshare transportation needs on both sides of the Hudson,” said Laura Fox, General Manager for Citi Bike at Lyft.

With docking stations near regional transit hubs such as Grove Street PATH Station and Journal Square, the administration says this will create a “seamless first- and last-mile connections to trains, buses, and ferries.”

Lyft has also added real-time transit arrivals in both the Lyft and Citi Bike mobile apps to help riders plan rides that include both bike share and regional transit systems such as PATH, HBLR, New Jersey Transit, and New York Waterway.

Through the Jersey City Bicycle Master Plan, which was adopted in 2019, Jersey City has set ambitious goals to transform how residents move with the intent of quadrupling cycling levels in the city by 2025.

“After launching Citi Bike in 2015, Jersey City has prioritized the implementation of Vision Zero initiatives, including a protected bike lane network that now spans over 10 miles citywide. As a result, we have witnessed a significant increase in biking and walking, which are essential modes of travel, especially during the pandemic,” said Barkha Patel, Jersey City’s Director of Transportation Planning.

For dedicated commuters, Lyft offers an annual membership designed to keep riders pedal-powered on the more than 19,000 bikes in the system across New York and New Jersey. Riders will now be able to take a Citi Bike to the PATH in Hoboken and then take another bike to complete their journey once they reach Manhattan. For $179 per year, annual members can take as many 45-minute rides as they like on a classic bike or upgrade to an ebike for an additional $0.10/min. Currently, 70% of annual Citi Bike members in Jersey City also use Citi Bike in New York.

A single ride on a classic pedal bike costs $3 for up to 30 minutes. For an additional $0.15 per minute, riders can upgrade to an ebike.

Lyft, the owner of Citi Bike, also offers a Citi Bike reduced fare membership that costs only $5 per month for Jersey City Housing Authority, Hoboken Housing Authority, and SNAP recipients, which includes unlimited free rides on classic pedal bikes for up to 45 minutes. Per minute pricing on ebikes is reduced to $0.05/minute for these riders.

Lyft will continue to offer its user rewards program called Bike Angels, currently running in Jersey City. By rewarding users for slightly adjusting their origin or destination away from stations that are full based on real-time and forecasted system conditions, the Bike Angels program aims to increase bike availability across the system. Users are rewarded with ride passes, Membership Extensions, and gift cards depending on how many points they earn through the program.