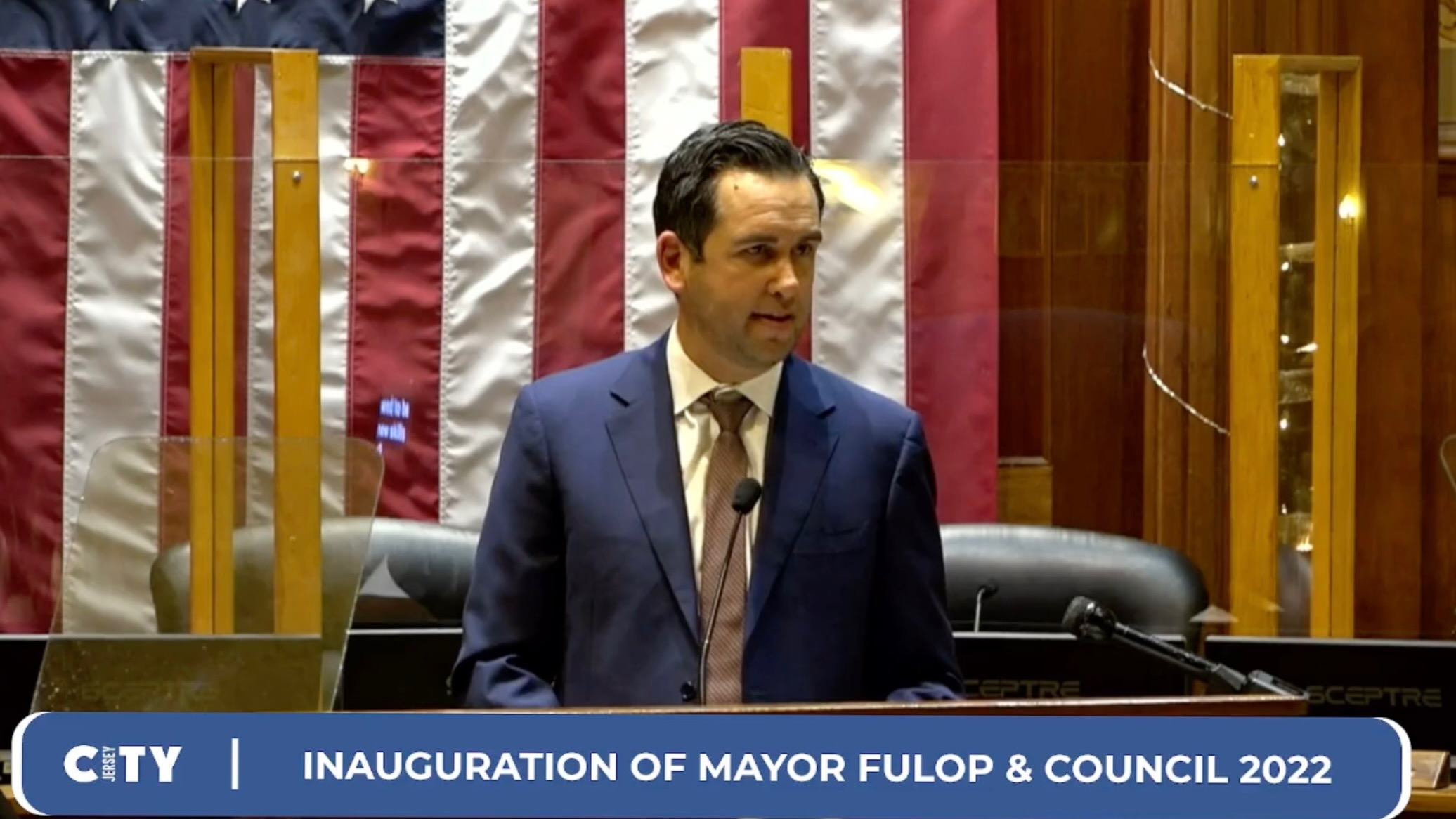 Standing next to his parents, his wife and his two children, Mayor Steven M. Fulop was sworn in today to a third term of office.

Reading from a teleprompter, the mayor then made remarks in a subdued tone of voice, paying homage to family members.  Of his late grandparents Fulop said, “They lost 28 of 35 of our family members in the gas chambers. They picked up the pieces of their lives and believed in what this country and the state represents. I would not be here today without their resilience and their faith in this country. That’s what has guided me and my commitment to serving the military. And that’s what guided me and my commitment to public service. I view it as a partial payment for citizenship.”

The mayor also paid tribute to his father. “He worked in his deli in Newark from 4:00 a.m. to 6:30 p.m. to provide a better life for our family than what he had experienced. Everything we had was because of his work ethic. The lesson there for me was that nothing comes easy in life, and hard work is rewarded.” The mayor spoke of his mother’s work with immigrants.

Mayor Fulop, whose margin of victory over newcomer Lewis Spears in November was considerably smaller than his winning margin in 2017, nonetheless touted his achievement in winning a third term. “Standing here as the first three-term elected mayor since Frank Hague did it in 1945 is a humbling experience.”

The speech included little in the way of policy specifics. “I don’t need to rattle off accomplishments as I think we all know the city today is a very different place than it was eight years ago … I think we can all say that there’s not a single city in the state or the country that can boast our breadth and depth of accomplishments.”

The mayor said little about his plans for his next term. “I also say it’s the next four years and the impact we will make that will matter most. I stand here today thankful for the chance to lead during these challenging times.” 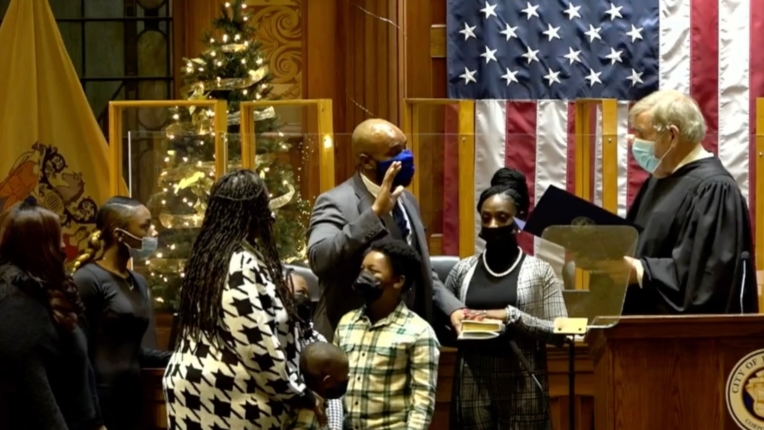 Prior to the mayor, each of the recently elected City Council members had stepped up to the podium to be sworn in.

New to the proceedings were Councilwoman-at-large Amy DeGise, who ran as a member of “Team” Fulop, and Frank “Educational” Gilmore, who prevailed over Fulop slate member Jermaine Robinson in Ward F.

Gilmore, who, as a younger man, served time in prison on drug charges, was sworn in by the judge who presided over his juvenile court case. Gilmore tweeted, “Tonight was a surreal feeling. When I was a troubled teen, I stood before Judge Baber in juvenile court. Twenty-five years later he sworn me in as the next Ward F councilman. Anything is possible, people.”

None of the council members made remarks at the swearing in.

First Gunshots of 2022 Reported in Greenville

Op Ed: Coronation of Menendez Jr. is New Jersey Politics at its Worst
Scroll to top