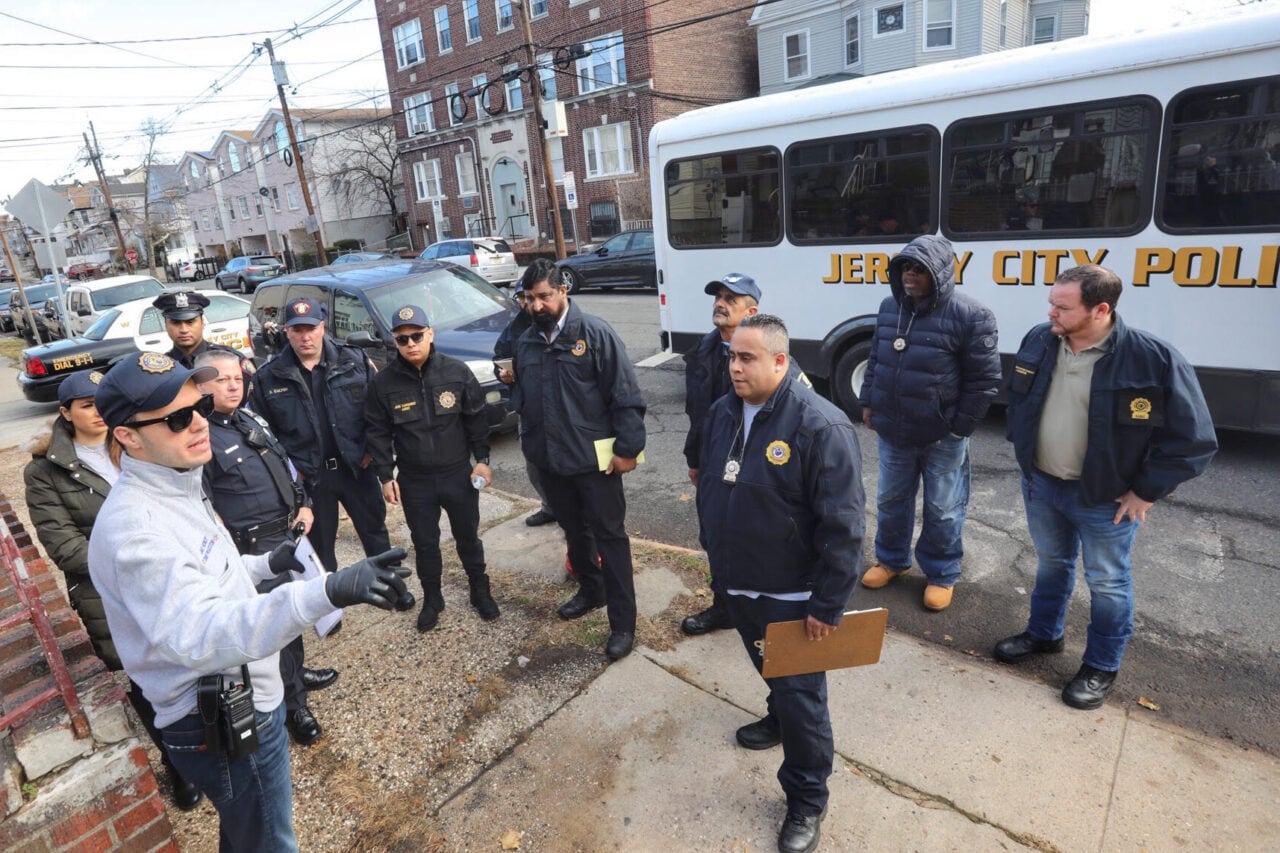 On Thursdays, police and code enforcement officers enter local neighborhoods to fix neighborhood complaints of animal abuse, tenant-landlord conflicts, and business infractions that impact residents. The unit, known as the Jersey City Quality of Life Task Force is under the auspices of Chief Prosecutor Jake Hudnut and Mayor Steven Fulop, and it targets the worst quality-of life-offenders in Jersey City. It investigates reports of public nuisances, unkempt and abandoned properties, businesses that don’t follow the laws, and other municipal code violations that require intervention by the force — and  remedies those complaints found valid.

“It could be a loud bar, a polluter, a food truck that isn’t practicing sanitary standards,” Hudnut says. “We are completely community driven. We listen to the community.”

Who is on the unit, and how does it work?

The force is comprised of a community relations police officer, police department scofflaw officers, officers from the New Jersey Division of Alcohol and Beverage Control and municipal humane law enforcement officers (who deal with animal control and welfare). Once a month, these individuals pore over  complaints they’ve received through the Resident Response Center, the police department, the city council and mayor’s office. Problems with the biggest complaints take priority.

“By and large, we’re dealing with code enforcement,” Hudnut says.

Jersey City mayors have had a quality of life task force going back to Bret Schundler, but the force was never run out of the municipal prosecutor’s office until early 2019. It was this change that made all the difference in terms of the unit’s effectiveness, according to Hudnut:

“The office in charge of prosecuting the summonses and complaints is also the office that directs the day-to-day operations of the task force. By and large, this version of the task force has had tremendous success, and I think that’s because the prosecutor’s office is involved in the beginning of the process all the way to the end.”

The Quality of Life Task Force has also executed bench warrants against commercial defendants that ignored municipal court dates. (Bench warrants may be issued for contempt of court.) For instance, the force is currently involved in fixing complaints brought against a company in the Caven Point area of Jersey City that was not in compliance. The business addressed the complaints and has been removing the sources of pollution that were negatively affecting the neighborhood, Hudnut says.

“It’s the first-ever criminal investigation in the state led by a municipal prosecutor,” Hudnut says. “Now that we’ve had success, we have landlords meet us on site and literally make repairs while we’re walking around. For everybody involved, whether it’s a homeowner or business owner, the goal is compliance. Punishment is the last resort.”

If a landlord complies after receiving a ticket from the task force and fixes the problems, the prosecutors will likely dismiss the ticket, Hudnut says.

He goes on: “This isn’t about punishment, it’s about better behavior. There is a trend in the country of prosecutors’ standing up for people, not just prosecuting people. As a former public defender, I feel that when I stand up on behalf of tenants, I’m standing up for people who need a voice, and that’s what the task force allows us to do.”

Since the task force formed under Hudnut’s jurisdiction in April 2019, it has visited 190 sites, 50  since January 2020. With the help of the Jersey City Fire Department and local community leaders, the officers have relocated 19 families from unsafe unsafe housing conditions, nine since January.

“I think the task force has been a significant change that has had an impact,” Mayor Fulop says. “Often residents can’t see or feel or touch those sort of improvements. What Jakes does with the Quality of Life Task Force is very real and tangible to people. They see it on their block, so they can actually see the benefit and change. I view it as a great tool to engage the public and change neighborhoods.”

Hudson County Tennis Courts to Partially Reopen on Saturday, May 23
Scroll to top