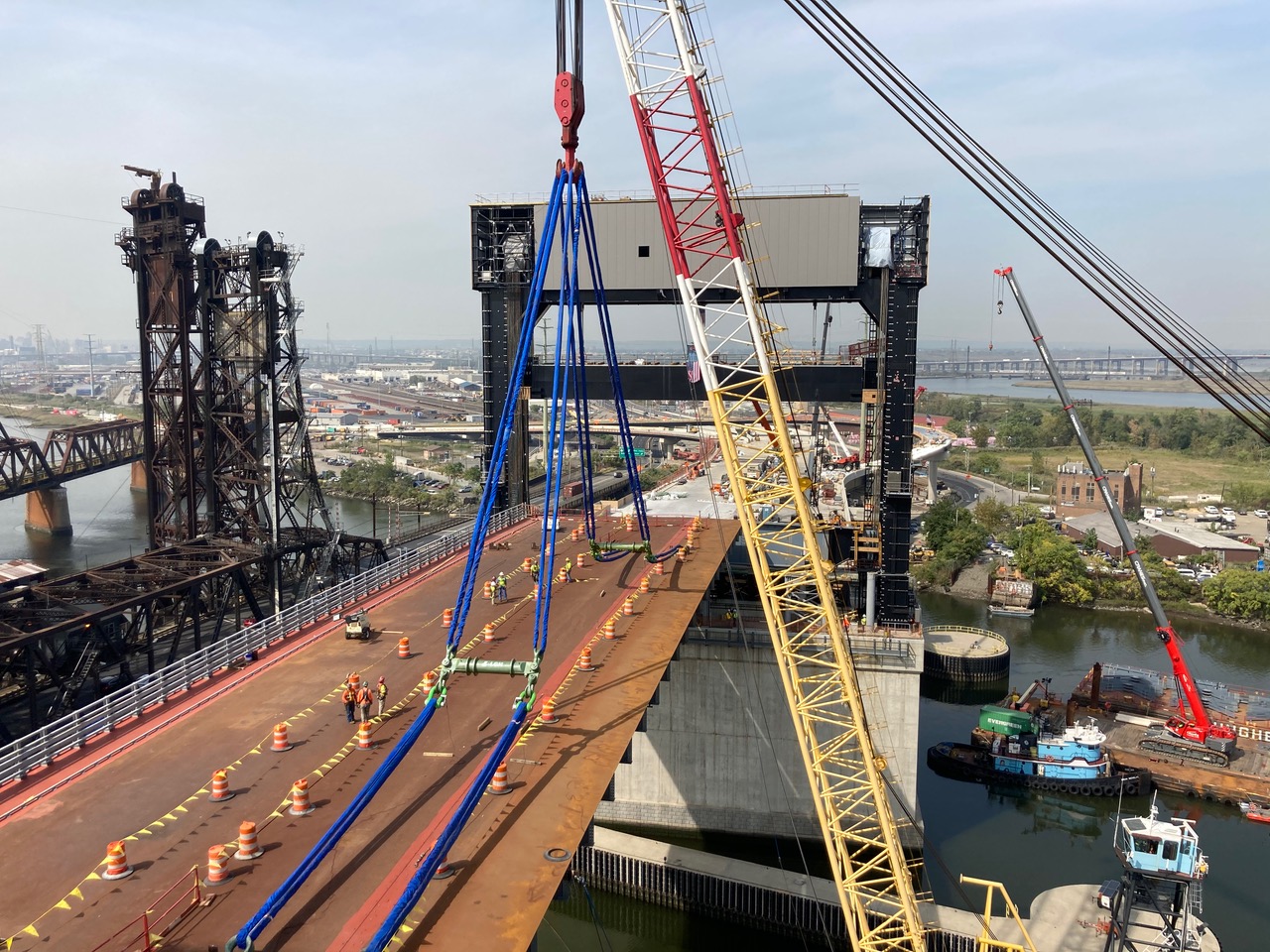 Construction of the new Hackensack River bridge linking Jersey City and Kearny via Rt. 7 has taken a big step forward with the recent long-awaited installation of the lift span deck.

The new structure, which will replace the existing 90-year-old Wittpenn Bridge, was supposed to begin taking traffic last year, but a harsh winter in 2018 and additional time needed to put in place mechanisms to raise the bridge caused delays, according to the state Department of Transportation. 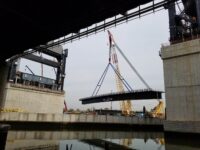 The main approaches to the bridge are from Routes 1&9 in Jersey City and Route 7 in Kearny. These approaches are complete, so once the lift span portion of the bridge is finished, the bridge can open to traffic.

According to DOT spokesman Stephen Schapiro, that should happen by Spring 2021.

Once traffic is on the new bridge, Schapiro added, workers will finish construction of a new exit ramp to Newark Avenue in Jersey City. Improvements to the Fish House Road interchange in Kearny will also be completed.”

The deck, considered “orthotropic,” is made of structural steel plate stiffened in longitudinal and transverse directions, which enhances the plate’s bending resistance to more efficiently bear wheel loads and distribute those loads to main girders.

This type of deck structure is much lighter than the concrete slab used in a more conventional girder bridge. It’s more costly to fabricate because of the amount of welding involved.

Although this project marks the initial use of this type of deck in New Jersey, orthotropic decks can be found elsewhere around the U.S., mainly in California, and in other countries. San Francisco’s Golden Gate Bridge, open since 1937, had its original concrete deck replaced with lighter, stronger orthotropic steel deck panels between 1982 and 1986.

For the Wittpenn project, the contractor—CCA Civil, Inc., of Jersey City—shipped the steel in several panel sections from the Pacific Northwest south toward Mexico and Central America, through the Panama Canal, and up the Caribbean to the U.S.

The panels arrived in 2017. Since their arrival, they have sat in a barge moored in the Hackensack River at CCA’s expense.

It took three days at the end of last month for a crane barge, which Schapiro described as one of the largest in the U.S., to lift the three sections of the deck and position them, aided in its movements by tugboats.

Once the three deck sections are connected, railings and sidewalks will be installed, the cables will be attached, and the machinery and electrical work, including the control house, needs to be completed.”

Before opening to traffic, the lift span will undergo testing to make sure it moves properly. Once testing is completed and the bridge has opened, the existing Wittpenn Bridge will be demolished.

The entire job is now projected for completion by fall 2022 or early spring 2023.

The overall cost of the project, which began in November 2011, has risen by about 5%, from the $473.4 million budgeted for the five contracts awarded by DOT, combined, to $495.8 million, “mostly related to additional utility work and ground improvements needed for foundation work,” Schapiro said.

Photos provided by Department of Transportation

A previous version of this story incorrectly named George Harms Construction of Howell, NJ as the project’s contractor.

Out of a Mother’s Nightmare Rises a Teen Mentoring Program