A Jersey City man has been charged in a hit-and-run that seriously injured a bicyclist, according to Hudson County Prosecutor Esther Suarez.

At approximately 8:30 p.m. on Saturday, January 8, the Jersey City Police Department was called to the area of Summit Avenue and Jewett Avenue on reports of a hit-and-run crash involving an electric bicycle. The 17 year-old operator of the bicycle and his 18 year-old passenger were both taken to Jersey City Medical Center for treatment, with the 18 year-old victim suffering a serious injury to his lower body. 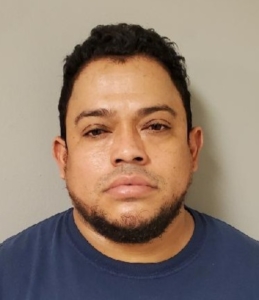 An investigation by the Hudson County Regional Collision Investigation Unit determined that the victims were struck while traveling south on Summit Avenue by a Toyota RAV 4 operated by Marvin Lara, 39. After the collision, Lara failed to stop and continued west on Jewett Avenue.

Lara has been charged with Knowingly Leaving the Scene of a Motor Vehicle Collision Resulting in Serious Bodily Injury, Endangering an Injured Victim and Causing Serious Bodily Injury in a Collision While Being Unlicensed. He was additionally issued motor vehicle summonses for Leaving the Scene of an Accident, Unlicensed Driving and Failure to Report a Motor Vehicle Accident. Lara is scheduled to make his first court appearance on February 28, 2022.