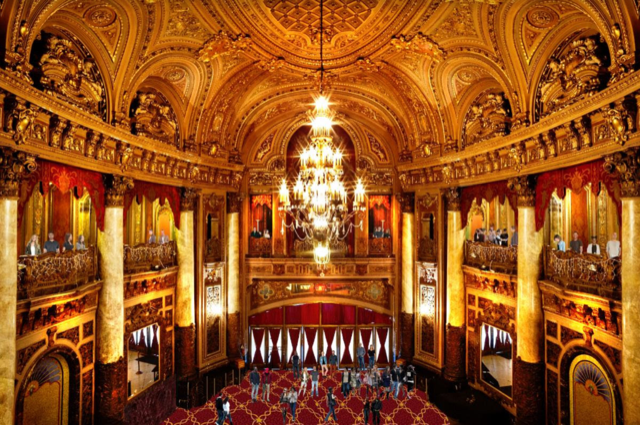 Mayor Steven Fulop has announced a $72 million renovation of the Loew’s Jersey Theater in partnership with Devils Arena Entertainment, the operator of Prudential Center. The announcement represents the realization of a seven year effort by the mayor to bring in a well-heeled professional management company that can book national acts and compete with the likes of the Beacon Theater in Manhattan.

“This one-of-a-kind partnership signifies our long-term planning for a post-pandemic future where we’re confident arts and culture will be a staple of life” said Mayor Fulop.

The project, which is likely to close the theater for at least 18 months beginning in 2022, will result in upgrades to heating and air-conditioning systems and the installation of state-of-the-art audio-visual systems. Interior finishes will be restored, bathrooms repaired, entrances and exits will be reconfigured and the marquee will be rebuilt to resemble the original. 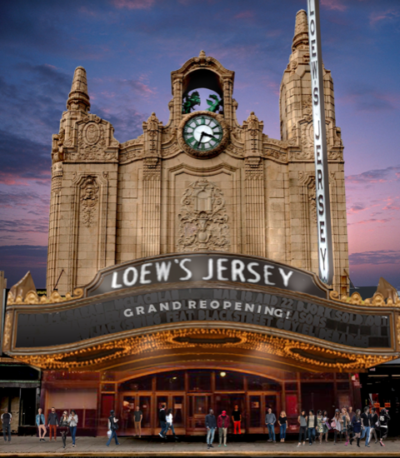 The announcement marks just the latest phase in a continuing revival of the landmark theater that sits majestically across JFK Boulevard from the Journal Square Transportation Center.

The theater was saved from the wrecking ball in 1986 largely through the efforts of the not-for-profit group Friends of the Loew’s. With an investment of sweat equity and grant money FOL was able to partially re-open the the theater in 2001. FOL’s status was formalized under a 2004 lease that gave FOL the right to manage the theater for $1 a year until 2020. Over the ensuing years, FOL continued to restore the theater to the point that it hosted major acts such as Patti Labelle, Kurt Vile and Courtney Barnett, Yo La Tengo, Sufjan Stevens, Neutral Milk Hotel, The Decemberists, The Duprees, and Beck.

In 2014, Fulop waged a bitter fight to evict Friends of the Loew’s from the theater and replace them with concert promoter AEG Live. Under that arrangement, AEG was to rent the theater for 30 years and contribute $3.5 million toward its renovation. The mayor’s effort came to naught in 2015 when a judge ruled that evicting FOL would breach the 2004 lease.

If all is not forgotten, all is going in the right direction from the perspective of FOL Executive Director Colin Egan. FOL was heavily involved in putting together the Request for Proposal (RFP) that brought in Devils Arena Entertainment and is confident that the final agreement will allow FOL to continue its mission.

Many details have yet to be ironed out. Devils Arena Entertainment received only “conditional designation” today from the Jersey City Redevelopment Authority (JCRA). Egan explains the plan. “This enables the city, the JCRAm and FOL to go from the conceptual, which is what their presentation was,  to a very specific arrangement.”

How will it work?  “We are still the non-profit partner,” says Egan. “That will allow us to continue with non-profits arts generally.” He also expects FOL to have a “major voice” in the preservation work going forward.

Egan reflected on today’s announcement. “Everyone knows that it’s been a rocky road getting here. It takes people of good will to realize that they can agree.” He says FOL has a good relationship now with the city and the JCRA.

Egan wants Jersey City residents that the things they like about the Loew’s won’t change. “I want to reassure people that that’s not happening. Everyone who wants bigger shows on a regular basis, and that includes us, should be very happy. But for the folks who also enjoy our movie shows to our art shows…that’s not going away. That’s why we’re still in the picture.”

The Loew’s Jersey is one of five “Wonder Theaters” built in the tristate area in the late 1920s by the Loew’s Corporation, which had created and owned MGM Studios and was at the time one of the most important presenters of both live stage shows and movies. In its first years, the Loew’s hosted stage shows with some of the greatest stars of the 1930s, including Cab Calloway, George Burns, Gracie Allen, and Duke Ellington. Movie stars including Judy Garland, Humphrey Bogart, and Jean Harlow made promotional appearances there.  The Four Season gave a concert at the Loew’s in 1967.

“The Loew’s Jersey Theatre is an iconic community treasure that has played a long, distinguished role as Jersey City’s premier arts and entertainment venue. The opportunity to partner with Mayor Fulop, the Friends of the Loew’s, and the local Journal Square community to revitalize this historic venue is a privilege for us,” said Hugh Weber, President of Devils Arena Entertainment. 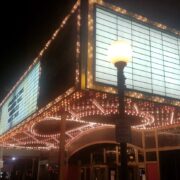