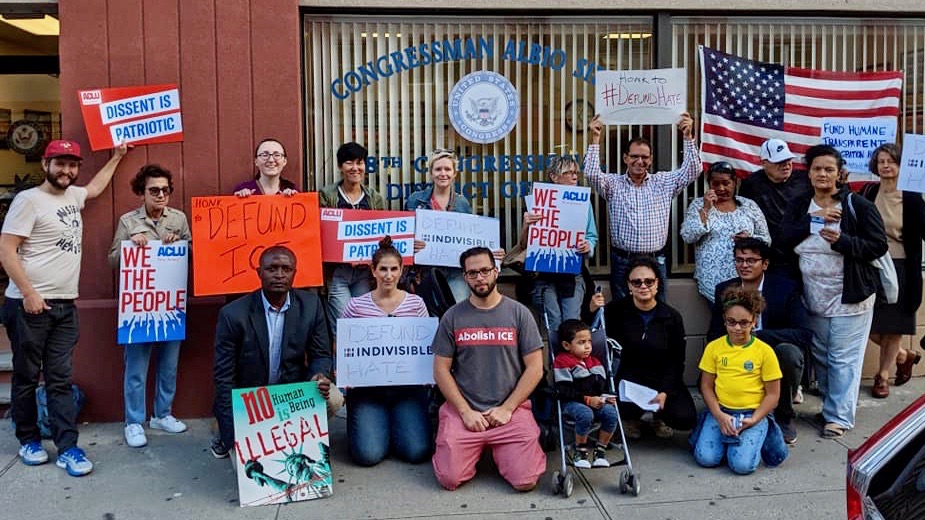 Leaders of NJ 08 for Progress and Progressive Democrats of Hudson County are not discouraged after local progressive candidates came up short in the 2020 election. The organizers spoke to Jersey City Times about their role in delivering victory for President Joe Biden and their continued steps to position candidates for success in the future and create change at the county level.

NJ-08 for Progress started in January 2017, directly inspired by groups like Indivisible, which galvanized grassroots action after the 2016 election.

“We have a firmly held belief that the more people participating in government creates better government for more people,” said Rebecca Missel, a steering committee member of NJ 08 for Progress

Encouraging people to participate in government encompasses everything from contacting their representatives to canvassing and phone banking to running for office themselves.

The group hosted virtual Jersey City for Biden phone and text banks, in which participants reached out to residents of swing districts and states. They were much more active locally in the 2020 primaries than in years past due to the people power built up over the last few years, said Missel.

“We worked with the Hudson County Progressive Alliance to do candidate trainings to get people informed about what it means to run here. Some of those folks have gotten elected and there are more folks running,” Missel said.

Eleana Little, a member of NJ 08 for Progress’ steering committee, was a candidate to represent District 4 in the Hudson County Board of Chosen Freeholders in 2020, before the office was renamed to county commissioner. She bracketed with Hector Oseguera, challenger to Congressman Albio Sires. Ron Bautista of Hoboken, president of Progressive Democrats of Hudson County, ran to represent District 5 as a freeholder.

While none of the candidates won, Missel said “we got Albio Sires to fill out a candidate questionnaire, which sounds so small anywhere else, but in this district that’s real.”

“We measure success in part by “did we get the machine to spend their own money?” because half the time in these races, the establishment candidates don’t even have to campaign,” she said. 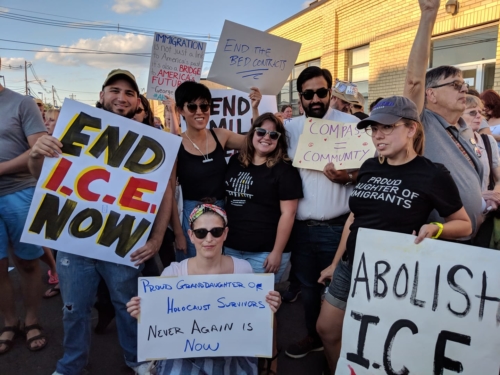 “Our focus is to make sure that other people don’t have to start from scratch when they want to be able to serve the community and challenge the political machine,” said the organization’s president Ron Bautista.

Bautista has been a US citizen for four years and has already run for office three times. He sees his and Little’s 2020 runs for freeholder as a springboard for other progressive candidates.

“The way that we see it is I got 40% of the vote in a district with a long-time incumbent, Eleana got 45% of the vote against the machine and the line, so from there it’s just growth. The idea is for other people who start from where we are right now.”

“This was the first and only time I have ever run for office, and I feel like I learned so much over the course of that primary,” Little said. “Some of us got relatively close and we want to keep building on that momentum and help the next cycle of candidates.”

Going forward, both groups are pushing forward a strategy of making change from the inside by running progressive elected for the county committee slots.

Bautista said county committee candidates are being encouraged to run “not just for the sake of running” but to “push an agenda and to be an advocate for the community.”

In addition to nurturing and supporting candidates, the two organizations have their eyes on structural change in the way the county Democratic party operates.

Missel said NJ-08 is working to change the fundamental processes by which elected representatives are chosen in the county.

“We believe that the current system is less than transparent, and less than ideal,” she said. “The “one person, one vote” system does not always quite apply because of the upstream choices that are happening.”

In New Jersey, county political leaders design the ballots, and candidates appear on a vertical line, which can imply the Democraftic party nominees endorse the county’s preferred choices for local office.

This ballot design is being challenged in a lawsuit brought to declare it unconstitutional.

“Progressives have been running the past few years individually in different instances. This is the opportunity for us to run together, pooling resources, pooling people, and for us to really take the fight to the machine and beat them with policy, with issues that matter to the community, with the right kind of political representatives,” he said.

Progressive Democrats of Hudson County is a membership-driven organization where members pay $30 a year and vote on the executive board and endorsements. Fill out the membership interest form to join, and follow the organization on Facebook and Twitter.

Could Liberty State Park Have More Amenities?
Scroll to top