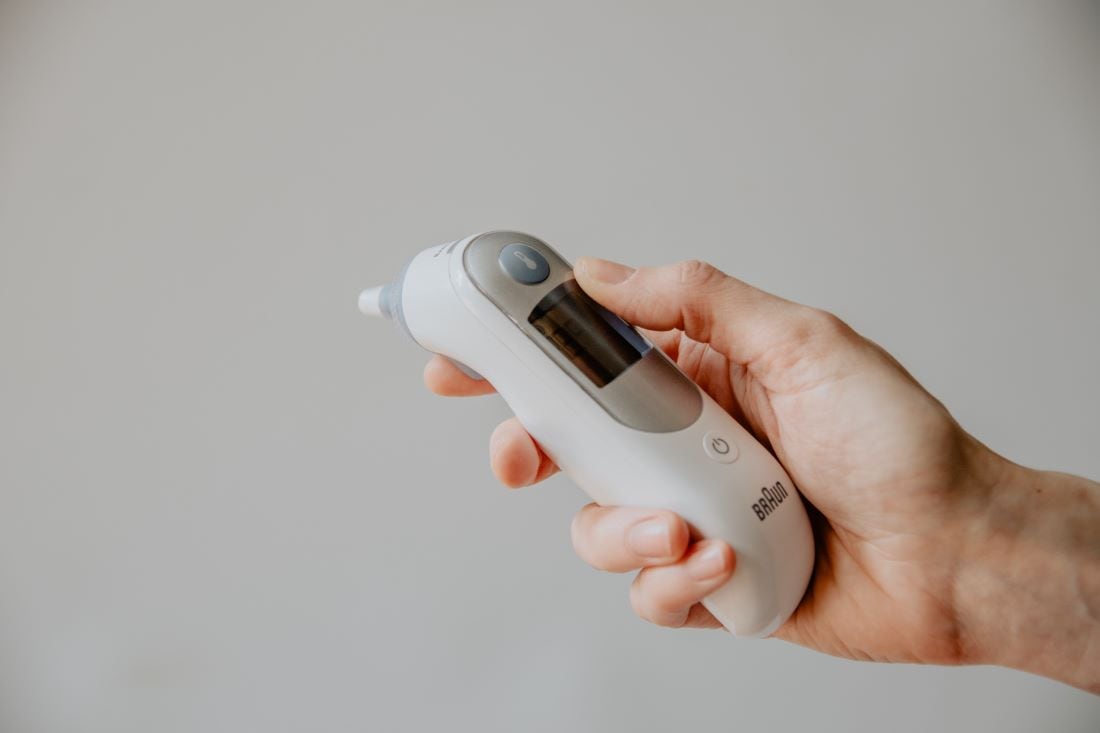 A cough and a fever aren’t always among the warning signs. Nearly one-third of those infected don’t show symptoms. Telemedicine really can be integrated into our health care practices. Stocking 90 days worth of supplies makes sense, even if they tell you otherwise in business school.

Those are among the lessons New Jersey’s health care leaders have learned in battling COVID-19 over the past three months, according to experts who also said these insights will improve the state’s ability to respond to a second wave of the virus.

In some cases, changes to the health care system are already underway, they said, such as how doctors’ offices are changing protocols to help keep patients safe. Other issues will take longer to make right, like boosting investment in public health and addressing the racial disparities in health care that the coronavirus exposed.

New Jersey now reports more than 164,000 cases of COVID-19, which includes 12,000-plus deaths. The rate of new cases and hospitalizations has trended down since late April, when some hospitals in north Jersey struggled to meet critical-care demands. And Gov. Phil Murphy has taken increasing steps to reopen the state’s businesses and social spaces, which have been largely shuttered since late March.

While the quarantine-weary public has largely embraced this trend, experts acknowledge reopening carries risks, especially given the sneaky nature of the virus. Clinical and public health leaders say the system will be ready to respond to a possible second surge with new tools and knowledge, based on what it has been exposed to since March.

But the work to improve the state’s response continues as more is learned about the coronavirus. Here are some of the shorter-term lessons that experts said should be considered as New Jersey moves forward over the coming year.

COVID-19 is a punishing, sneaky disease

Dr. Judith A. Lightfoot, an infectious disease specialist and vice chair of the medical department at Rowan University School of Osteopathic Medicine, said she is struck by the diversity of symptoms in COVID-19 patients she treats. At first, everyone was focused on cough and fever, but then clinicians began to notice things like shortness of breath, loss of smell and taste, vomiting or diarrhea and rashes. As the disease progressed, it could bring on new concerns, like blood clots and heart attacks, she said.

“This made us better diagnosticians,” Lightfoot said, noting that this gathering of knowledge must happen quickly during a pandemic. “As any new disease unravels, clinicians report what they see. They discuss what they see,” she said, in both formal and informal groups, “and then the picture starts to unfold and the papers are written. And it’s not all done yet.”

COVID-19 is also brutal in how it impacts some patients, according to Lightfoot, who was also infected and got sick. It can take weeks to regain full strength after one recovers, she said, given the fatigue it causes. Lightfoot said several longtime patients told her the novel coronavirus was more terrifying — and took a greater physical toll — than the HIV/AIDS diagnoses they had received decades earlier.

Telemedicine is the future — now

While health care facilities were deemed essential services and permitted to stay open, elective procedures were suspended and the public shied away from doctors and hospitals out of fear of being infected. Telemedicine — which was becoming a critical tool for providers to screen potentially infectious COVID-19 patients before they came into the office — became a popular option to help bridge this gap in care.

“That’s the biggest silver lining” of the pandemic, according to Linda Schwimmer, president and CEO of the New Jersey Health Care Quality Institute, who has worked for years to encourage more telemedicine use. Traditionally, privacy laws and limited reimbursement made this a tough sell. But this began to change under the pandemic, she said.

“I thought it was interesting how quickly we could move on a dime when we had to,” Schwimmer said. “And payment parity was such a big thing.”

The system is not perfect, of course. Not all patients have the technology to make it work and studies are needed to ensure remote care is still high quality, Schwimmer said. “I’m hoping that telehealth is here to stay and that level of flexibility is here to stay,” she added.

Patient engagement and responsibility are essential

As telehealth grew in the past months, Schwimmer said more patients were drafted to collect clinically relevant information — like weight and blood pressure — to share with doctors, a process that made them more engaged in their care. “It’s like I’ve become part of the clinical team. And that’s really the goal of all these patient-engagement strategies” promoted by groups like the Quality Institute, she said.

Those skills and awareness could be useful tools for the public as the state reopens its economy. Barry Ostrowsky, president and CEO of RWJBarnabas, one of the state’s largest health care systems, said people should think carefully about where and how to go out, based on their own health status and risks. “Reopening the economy may be good, but it doesn’t remove patient responsibility,” he said. He also agrees telehealth will be “a major element going forward.”

“If you’re an older person with co-morbidities I don’t think you should be the first to run out there and start using the economy again, because we’ve learned something about how vulnerable you may be,” Ostrowsky said. “That may be unfair, but it’s the reality that people will have to understand as the economy reopens.”

That personal responsibility includes being honest with those who ask about symptoms, whether to get into a restaurant or a job site, Lightfoot noted. “We have to be our brother’s keeper,” she said.

Reopening comes with risks, despite a new normal

Whatever the new normal looks like, it’s likely to involve temperature and symptom checks, limited capacity and lots of masks and gloves. “We’ve learned a lot about how to bring our workforce back,” said Lightfoot, who is part of a Rowan committee tasked with guiding that process, which involves physical changes and educating those involved. “I think we have to be safe first.”

Medical practices are using face shields and other PPE, or personal protective equipment, more frequently, Schwimmer noted, and screening patients aggressively for signs of COVID-19. There are also new protocols for scheduling patients and moving them through the office, with waiting rooms at limited capacity or people encouraged to wait in the car for their appointment, she said.

Lightfoot said clinicians must also continue the work they’ve done to educate the public about the risks related to this virus, how it can spread quickly and why things like handwashing, distancing and isolation are important. While she’s hopeful that a second surge of COVID-19 won’t coincide with the flu season, which generally peaks in December or January, she encouraged people to get a flu shot to protect against one of the threats.

“America has done pretty well (isolating in recent months), but now that it’s summertime I’m a little nervous,” Lightfoot said, noting that at least one in three people infected with the virus are likely to show no symptoms. “You have to respect the microbe.”

But even when reopening is done right and limited to those with low risk of infection, the system is far from foolproof, experts note. “There is no precision to the level that we would love. There’s lots of data and plenty of algorithms,” Ostrowsky said. “But the bottom line is we’re talking about human beings; we’re talking about pathogens; we’re talking about environments and you can’t always get it 100% correct.”

Coordination is key, for providers and policymakers

Ostrowsky said this worked well, but there is room for improvement. “Left to the individual (hospital) systems I think everyone did a wonderful job,” he said. “I think the other side of the coin is, if the system was truly seamless, if you had an organized approach to the delivery of health care from the top to bottom of the state, or even regionally, then you would be in a better position to respond” to a crisis like this.

Schwimmer said better coordination would benefit state government too. The Murphy administration has been criticized for how it has responded to some aspects of the pandemic, like the high rate of deaths in nursing homes and delays in efforts to protect prisoners.

“Health care is an issue that cuts across many agencies in government,” Schwimmer said. A single high-level official in the governor’s office, who could coordinate the work of multiple “siloed” departments would likely help, she said, highlighting a concept that she and other experts have long urged Murphy to consider.

New Jersey is already plagued by a shortage of nurses and other clinicians, so maintaining a full workforce was a real challenge for hospitals during the pandemic, especially as frontline workers got sick. Ostrowsky called the efforts of these caregivers “heroic and unbelievable” and praised the way they worked together, often in newly formed teams with clinicians who might be practicing outside the typical scope of their license as a result of regulatory waivers.

“That in and of itself is a very significant lesson and one that will be with us for a long time,” he said of this flexibility, something he hopes is possible in non-emergency times too.

When it came to resources, the lack of personal protective equipment, or PPE — the masks, shields and gowns needed to help protect staff from infection — was especially urgent. Ostrowsky said RWJBarnabas and other systems previously relied on “just-in-time” inventory,

in which supplies might be delivered multiple times a day, but that process fell apart when the supply chain of PPE, much of it manufactured in China, ground to a halt.

“That may be what they teach in business school, but it was not effective when you are stressed the way we were stressed,” he said.

As a result, RWJBarnabas and other major systems are now building up 90-day supplies of PPE and other key resources, Ostrowsky said, so they will be ready “when the second surge hits and perhaps multiple surges. There are certainly multiple pathogens that will come our way in the future and we need to have that kind of stockpile to react well.”

Downtown Pedestrian Mall to Get a Facelift
Scroll to top