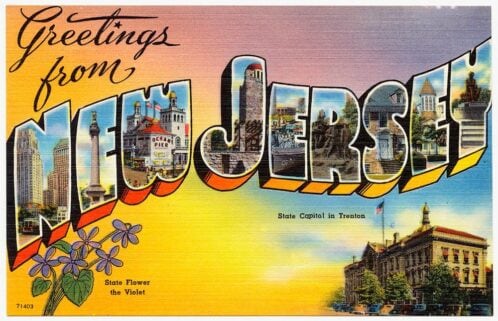 Governor signs first of nearly 30 bills in package, prohibiting evictions and foreclosures, promises swift action on other measures, which include funding for food banks and companies struggling to meet payroll

A package of bipartisan economic-relief bills drafted in response to the coronavirus pandemic is now sitting on Gov. Phil Murphy’s desk following swift action in the state Senate on Thursday.

The legislation is aimed at, among other things, providing direct help to New Jersey businesses facing revenue losses and employees who may be losing hours or even their jobs because so many companies have been shuttered in recent days due to the growing number of COVID-19 infections.

But one of the measures in the nearly 30-bill package was immediately signed by the governor, establishing a moratorium on any evictions that tenants or homeowners in foreclosure might have faced during the ongoing emergency.

The rapid legislative action — most of the bills passed by the Senate on Thursday had just been introduced on Monday — came as major concerns about the potential economic upheaval led Murphy, a first-term Democrat, to begin calling for economic relief beyond what the federal government has already enacted.

In fact, the entire package was passed by the Senate during an hourlong session that was held — possibly for the first time in the state’s history — inside the Assembly’s chambers. That was done to give lawmakers the ability to maintain “social-distancing” guidelines that help prevent further spread of the virus.

“I’m 60 years old (and) I’ve never seen anything like this in my life,” said Senate President Steve Sweeney (D-Gloucester) speaking to reporters on a conference call set up after the hearing, again to accommodate growing health concerns.

Meanwhile, news also broke on Thursday that New Jersey Transit, the state’s already-beleaguered mass-transit agency, is seeking a total of $1.25 billion in federal assistance to offset increased costs and a significant loss of revenue from drastically reduced ridership caused by the outbreak.

“Emergency federal funding is required, so that current programs for capital projects and state of good repair funding are not cannibalized, at the expense of system safety and operations,” wrote Kevin Corbett, NJ Transit’s president and chief executive in a letter sent to the entire state congressional delegation that was obtained by NJ Spotlight.

NJ Transit also announced it is scaling back rail service to a weekend schedule on most of its lines starting Friday.

Sweeney also raised concerns during his call about the state of the state’s own budget. The current fiscal year runs through June 30. One of the bills that was passed on Thursday would extend the deadline for making gross income-tax payments all the way until the final day of fiscal 2020.

Murphy signed an executive order earlier this month that declared a statewide state of emergency to help New Jersey combat the spread of the coronavirus. More than 740 residents have now tested positive for COVID-19, with nine fatalities, according to the latest update provided by the governor and other state officials.

All schools across the state have been closed during the state emergency, and dining-in at all restaurants and bars has been prohibited. Retail shopping malls and indoor amusement centers have also been shut down. Barber shops and hair and nail salons went dark, starting Thursday evening.

To help offset the economic losses that officials are still trying to quantify, one of the measures passed by lawmakers would make grants available to New Jersey businesses through the state’s Economic Development Authority. The grants could go to businesses for things like “working capital and meeting payroll requirements,” according to the bill.

In addition, lawmakers sent Murphy a measure that would make available $20 million in state funding to help pay hourly workers and other residents who lose wages due to illness or as a result of caring for a family member who is sick or unable to attend school or daycare due to ongoing closures. The funding could also be tapped by employers whose workers are facing quarantine due to the coronavirus, according to the bill.

Another $15 million would be provided to food banks in New Jersey, and the bill package also includes a measure that seeks to give state taxpayers more time to make this year’s gross-income and corporate-business tax payments, mirroring action taken at the federal level in recent days. Although the bill’s language is somewhat confusing, a legislative staffer on Thursday said the intent is to keep the tax-filing deadline at April 15, but to allow tax payments to be pushed to June 30.

And then there’s the bill that Murphy signed into law immediately that permits the governor to establish a moratorium on evictions during a state of emergency.

“This outbreak affects all of us and we are all in this together,” Murphy said in a statement issued as his action on the bill was announced Thursday afternoon.

Speaking about the other bills in the legislative package, nearly 30 in all, Murphy promised they would be “swiftly” reviewed.

In addition to the state action, Murphy said during an earlier press briefing that he is attempting to work with the leaders of other states in the region to encourage President Donald Trump’s administration to quickly release emergency federal aid that has been approved by Congress — in ways that allow flexible spending on the local level.

In recent days, Murphy and Lt. Gov. Sheila Oliver have suggested the federal government should follow a template used in the wake of 2012’s Superstorm Sandy, in which much of the local aid flowed through Community Development Block Grants, or CDBGs, administered through the federal Department of Housing and Urban Development.

“The meter is running and it’s running in a big way,” Murphy said. “We need backend fill from the federal government.”

“I want to pound the table, and the best and most effective way we can stay in the game is to get federal aid,” he said.

As for NJ Transit, the letter that was sent by Corbett to U.S. Sens. Cory Booker and Robert Menendez and all 12 of New Jersey’s members of the U.S. House of Representatives said the mass-transit agency has seen a nearly 90% decline in ridership as Murphy and Trump have been urging people to curtail activities in the wake of the outbreak. At the same time, NJ Transit has also taken on unforeseen costs related to the regular cleaning and disinfecting of its equipment.

In addition to its heavy reliance on fares and the state budget, making matters worse for NJ Transit is its longstanding use of diverted funds from capital resources and other pots of money that may also take a big hit in the wake of the outbreak. Transportation advocates have long warned against this practice, which has continued during Murphy’s tenure.

“We are currently looking at efficiencies, however, we cannot overcome the unprecedented financial burden this national emergency has created on our own,” Corbett’s letter said.

Turning to concerns about the state budget, Treasurer Elizabeth Maher Muoio issued a statement late Thursday that pointed to the “unpredictable and rapidly changing” impact of the epidemic as it spreads across the globe. Revenue forecasts for both the remainder of fiscal year 2020 and all of FY2021 were issued just last month, but they already seem likely to need drastic revisions.

“Treasury’s team is monitoring and analyzing the situation around the clock as it unfolds,” Muoio said. “We will continue to provide monthly public revenue updates and we expect to provide a detailed revenue update to the legislative budget committees at some point, as is typical during the budget process.”

“This will certainly require an unprecedented level of cooperation and I know the administration is committed to doing what is best for this state regardless of the hand we are dealt,” she said.

— Lilo H. Stainton and Colleen O’Dea contributed to this story.