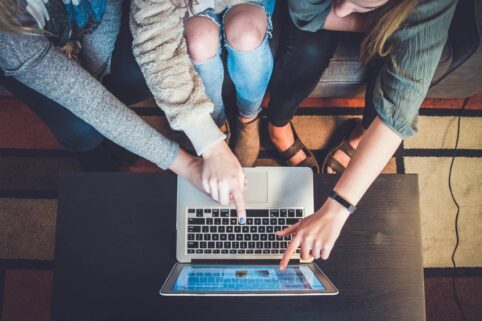 With internet access going from luxury to necessity, communities can wind up completely out of the loop as state’s virtual curriculum looks to gain traction

Jersey City Mayor Steve Fulop pointed to Zoom glitches, laptop delays and not enough Chromebooks as some of the issues the city experienced while opening the virtual school door last week for some 30,000 students.

“Early August, there was a rush from every municipality, literally across the county, to secure Chromebooks and that’s created delays, and obviously frustration, along with that,” the mayor said.

“We had almost 10,000 parents complete the survey. And during that period of time, 24% said they needed a device, so we were looking at 2,400 requests. And based upon that, that’s what we planned our survey around and planned our need to fulfill the technology support for students,” Water said.

“I hear really mixed feedback from parents. A lot of them are struggling with some of the information, but, you know, it’s really uncharted territories for the Board of Education and the superintendent. It’s not easy and people are doing their best to work with them, but there is a degree of frustration,” Fulop said. “We hope that parents are patient. We are doing our best as a city and hopefully we’ll be back in school sooner than later.”

Sen. Michael Testa (R-Cumberland) says the technological gap expands far beyond the basic problems of not being able to provide students with Chromebooks.

Gov. Phil Murphy addressed the issue at his coronavirus briefing on Monday.

“I’m not happy at all with the existence of any digital divide — rural, urban or suburban,” Murphy said. “But I don’t think any state is doing as much as we are doing right now to close that, and it ain’t going to be overnight.”

Vineland High School principal Suzette DeMarchi and assistant principal Jacqueline Roman Alvarez say their students now have internet every day. Their remedy for spotty internet came in the form of a grant for hotspots.

“What this does is it gives us the opportunity to get a free device with internet access — that hotspot — in our students’ hands that are in need. Yes, many of our families do have access. However, we need to make sure it’s in the hands of all,” DeMarchi said.

“There are layers to this that we are still honing in on. Again, this is a pandemic. It is uncharted territory,” Roman Alvarez said.

It’s called lesson planning on the fly and there’s no previous syllabus to draw from for administrators.

West Side Avenue Mosque’s Possible 9/11 Connection Re-Emerges in Federal...
Scroll to top
Subscribe to Our Newsletter