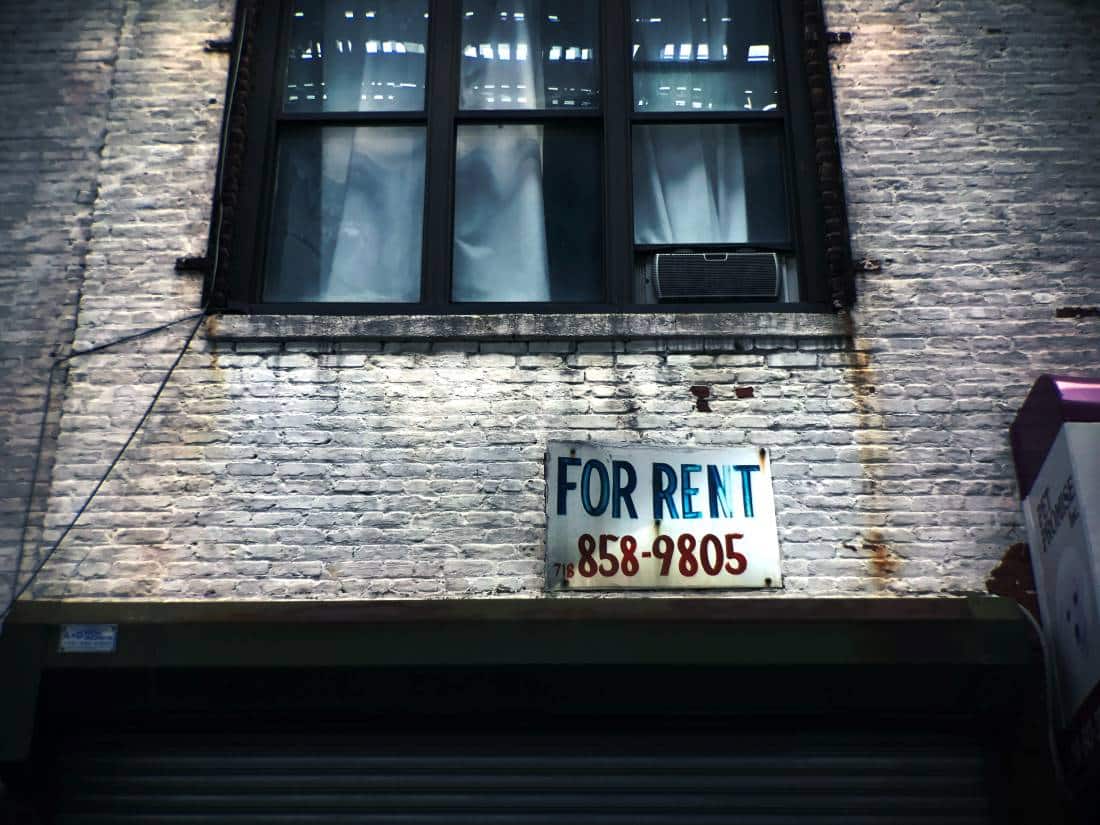 In New Jersey’s pandemic-driven apartment housing crisis, there are no winners.

Tenants, unable to pay rent because they have lost their jobs or fallen ill with the virus, are accumulating thousands of dollars in unpaid rent that may eventually lead to their eviction; some are being evicted anyway by unscrupulous landlords who are ignoring the state’s moratorium on evictions during the statewide health emergency.

Landlords, deprived of income for months but unable to evict nonpaying tenants, are struggling to pay mortgages and property-tax bills, deferring maintenance on their buildings, and in some cases considering bankruptcy.

And state and local governments are faced with a major shortfall in income from rental properties that may force them to rely much more heavily on homeowners.

“It’s bad and it’s getting worse,” said Derek Reed, an attorney for the Property Owners Association of New Jersey, which represents mostly smaller landlords. “I get calls almost every day from small landlords that are renting out the other half of their duplex and the tenant has stopped paying rent which is 100 percent of their rental income, and they are wondering what they can do. I have to give them the bad news that there’s not much you can do right now.”

Reed estimated that larger landlords are seeing a reduction of up to 30% in their rental income and have no redress.

He also criticized a bill now before the state Senate that would give tenants a lot more time to pay rent arrears.

The legislation, which supporters call the “people’s bill,” requires landlords to offer tenants who have missed rent payments during the pandemic a repayment plan that would give them six months to repay each month owed in back rent, with all arrears payable in 30 months.

Reed said the bill unfairly favors tenants at the expense of landlords. “It’s not the people’s bill, it’s the tenants’ bill because landlords are left out of the equation, to shoulder interest-free loans that may or may not be paid back over an extended period of time,” he said.

Since March, landlords of all sizes have been prevented from evicting nonpaying tenants by an executive order from Gov. Phil Murphy allowing renters to stay in their homes until two months after the official end of the health emergency.

Forcing renters out of their homes

Whenever that happens, tenants’ advocates predict a flood of evictions initiated by landlords who are desperate to find paying tenants and have been filing eviction orders with the courts during the pandemic even though the courts are unable to enforce them while the moratorium is in effect.

In July, a consultant’s report for housing advocates forecast that there could be 304,000 evictions over the following four months — a 600% increase over pre-pandemic levels — unless protective measures are taken. New Jersey courts received almost 35,000 eviction filings from March until the end of August, a number that housing advocates predict will increase sharply when the moratorium ends.

Some tenants are already facing “de facto” evictions by landlords who are trying to get rid of them by harassment, offering to forgive unpaid rent in return for immediate departure, or even locking them out of their homes.

La’Condria Burley, a single mother of two children, recently found herself locked out of her Jersey City apartment by a landlord who changed the combination on the doorway keypad while they were out  and left their belongings on the sidewalk.

Burley, 31, and her children, 4 and 6, spent two nights sleeping in a car that she had rented because her own had been repossessed after she failed to make payments. In March, Burley lost her job as a reimbursement specialist with a pharmaceutical company because of the pandemic, and she has been unable to pay rent since June.

She told the landlord that she had no money to pay, and at first, he sounded sympathetic but then locked them out without explanation, she said.

“He told me that he changed the locks, and my family’s items were outside of the house,” she said in an interview with NJ Spotlight News. “I knew why but he didn’t say why.”

After two days driving around and sleeping in the car, the family got back into their home thanks to a judge’s order obtained by Amy Albert, an attorney for The Waterfront Project, a nonprofit that provides advice and free legal representation for the poor in Hudson County.

“The judge was appalled and said that if the landlord did not allow her back into her home, he would be arrested,” Albert said.

County will likely step in to help

Now, there’s a good chance the rent of $1,850 a month will be paid by a Hudson County assistance program funded by the federal CARES Act, Albert said, but the family’s trauma could have been avoided if the landlord had recognized that support is available in such cases.

“Neither of them will end up without money; the issue is that there’s a process and her landlord was not respectful of the process,” she said.

Michael Pastacaldi, a lawyer for the landlord, did not return a phone call seeking comment.

That illegal lockout was not representative of the legitimate landlord community, and such actions should be quickly reported to the authorities, said David Brogan, executive director of the New Jersey Apartment Association, which represents mostly larger landlords.

“Any tenant who is being forcibly removed for nonpayment of rent should call local law enforcement,” he said. “The unfortunate reality is that you’ve got slumlords out there who are doing things that are illegal and unethical and painting the industry with one broad brush.”

Financial hardship on both sides

Still, Brogan called on tenants’ advocates to understand that the pandemic is causing significant financial hardship to landlords as well as to tenants, and said some smaller landlords are facing the prospect of bankruptcy.

The only real solution, he said, is rental assistance from state or federal governments that would allow tenants to stay in their homes and restore landlords’ income.

Without that help, some landlords will go bankrupt, the supply of affordable housing will dwindle, and property-tax revenue will plummet because that’s assessed on the basis of a building’s operating income — which in some cases has simply stopped because of the pandemic, Brogan said.

He said he gets regular calls for help from smaller landlords whose properties represent nest eggs for retirement or college payments but whose income has been reduced to zero because tenants are unable to pay the rent.

“I get calls from people all the time that are literally in tears because their whole life savings went into a triplex or a small building that has six or 10 units and they’ve got 50 percent or more of the people not paying rent, and they are now not able to make their obligations,” he said.

A partial solution, he said, would be for local government to forgive or defer property-tax payments, at least until landlords’ income is restored.

“It’s completely unfair to tell a small landlord that we are putting policies in place that remove your revenue stream but at the same time, if you don’t provide payments in full and on time in property taxes, we are going to put a lien on your property,” he said.

Although Murphy’s order bans evictions during the pandemic, landlords can still file eviction orders with the courts, and many have been doing so in the hope that they can find paying tenants when the order is lifted, or that a court-brokered settlement can be reached before that happens.

One such order was filed in July against Mildred Ventura, who rents a three-bedroom apartment in Jersey City for herself and her two children and has been unable to pay rent since May when she became infected with COVID-19.

The virus forced her to leave her jobs as a cashier at two local supermarkets, reducing her $1,800 a month pretax income to zero and forcing her to try to reach an agreement with her landlord. But the landlord rejected Ventura’s appeals, and has now resorted to harassment in an attempt to force her out, she said.

“She has been very rude,” Ventura said. “She has stated that she doesn’t feel pity for me being sick, that she has bills herself to pay. It has been horrible the way she has been acting because she filed an eviction notice.”

Ventura said she told the landlord to use her security deposit to pay a month’s rent but the landlord said she had never cashed the security check, and it was no longer possible for her to use the money.

“She didn’t want any agreement,” Ventura said. “She just wanted me out.”

Unable to evict her, the landlord now appears to be trying to force her out by telling her neighbors about her health problems and turning them against her, she said.

“Now when I walk in or out of the unit, they are saying things like ‘Move aside before we get contaminated,’” she said.

Ventura, 39, is recovering from the virus but still has trouble breathing and is unable to work because she has to attend weekly appointments with a pulmonologist. She doesn’t expect to go back to work until February.

Her problems were compounded by the denial of state unemployment benefits on the grounds that she had to apply for disability payments instead. With no savings, she’s feeding herself and her children, 16 and 12, on $297 a month in food stamps, and whatever she can get from a local food pantry.

The Waterfront Project’s Albert, who represents Ventura, said there’s a decent chance the county will pay Ventura’s unpaid and future rent until she can get back on her feet. But she accused the landlord of treating her client poorly.

“The combination of dealing with COVID-19 and the potential for losing your home is really highlighted in what Mildred has to say,” she said.

‘Landlords are not in the business of evicting tenants’

But that landlord’s tactics are not representative of the industry, which needs to keep its tenants even under the current strained circumstances, said Reed, representing the Property Owners Association of New Jersey.

“Landlords are not in the business of evicting tenants,” he said. “It is actually counter to their business model. The real goal here is to keep folks in their homes, and also to help make landlords whole, in a timely way, not to burden landlords with giving interest-free loans in a way that would be unsustainable but real direct rental assistance that can help tenants get out from under the rent that they owe and help landlords continue to maintain and operate these very necessary housing options.”

Photo by Jose Alonso on Unsplash