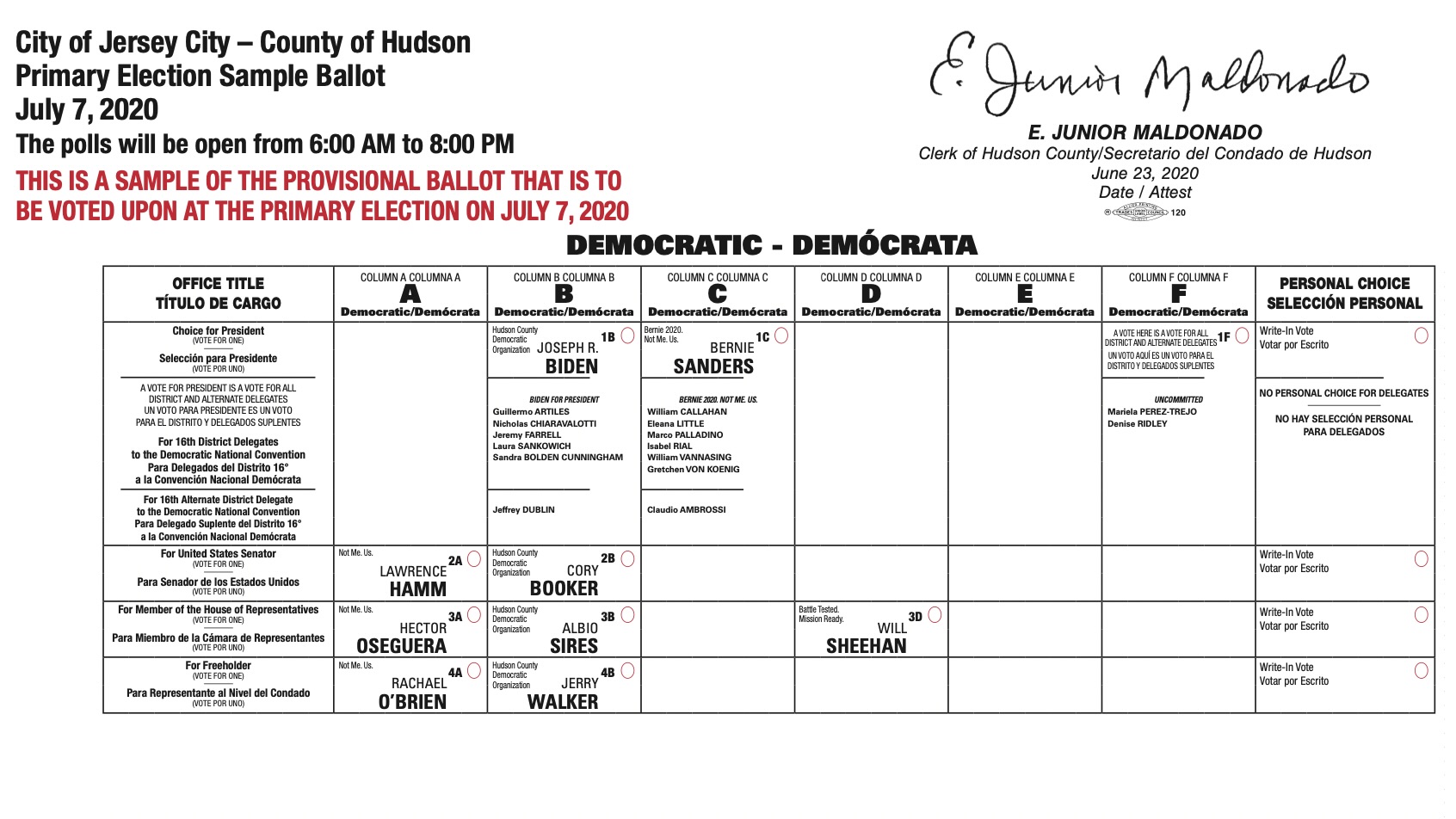 A federal lawsuit targeting the county line — the ballot system used in most New Jersey counties that gives a boost to party-backed candidates facing primary challenges — as unconstitutional may proceed, a judge ruled Tuesday.

The order by Judge Zahid Quraishi was hailed by progressives who have long argued the ballot design in question gives party-backed candidates an unfair advantage and is a reason so-called “off the line” candidates — often challengers to incumbents — rarely succeed.

The plaintiffs in the case are a group of former political candidates and the New Jersey Working Families Alliance, who allege the ballot design system violates the First and Fourteenth Amendments and the elections clause of the U.S. Constitution.

“At a time when democracy is under attack in so many states across the country, it’s time to reform New Jersey’s unfair and unconstitutional primary ballot system, which only serves well-connected party insiders and corporate special interests,” Sue Altman, the New Jersey Working Families state director, said in a statement. “This decision represents a vital step toward fixing our broken electoral system.”

Quraishi dismissed almost all of the motions to dismiss filed by the defendants, a group of county clerks, and ruled the plaintiffs have standing to sue.

There is still potentially a long slog ahead for the plaintiffs (the initial complaint was filed in July 2020). But progressives appear hopeful Tuesday’s development brings them one step closer to eliminating what they view as an insurmountable barrier to electoral success.

“The outcome of this lawsuit will restore hope for accountability in our electoral process by leveling the playing field and preventing partisan elected officials and county party chairs from putting their thumbs on the scales to influence the outcome of elections,” Altman said.