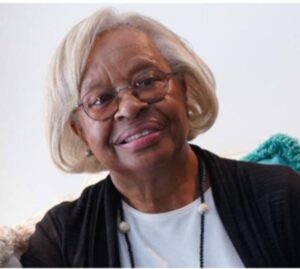 Nothing could be sadder than the firestorm unleashed by an incendiary Facebook post from board of education member Joan Terrell-Paige following last week’s killings at a kosher market in Greenville. Governor Murphy and Mayor Fulop have called for Ms. Terrell-Paige’s resignation. Because Ms. Paige has refused to apologize for and disavow the post’s contents, we must join in that call.

Ms. Terrell-Paige’s now deleted post was rambling and lengthy. But, if you haven’t read it, here’s how it begins:

“Where was all this faith and hope when Black homeowners were threatened, intimidated and harassed by I WANT TO BUY YOUR HOUSE brutes of the jewish [sic] community?”

Ms. Terrell-Paige goes on to blame Jews for a litany of misdeeds including threatening to bring drug dealers and prostitutes to Jersey City, evicting blacks from Jewish-owned buildings, producing and funding a one-million-dollar ad campaign designed to bring Jews to Jersey City, ending the “Friends of Lifers” and “Second Chance” programs, and destroying community gardens in black neighborhoods. She offers no evidence for any of these claims. She goes on to suggest that Jews should be blamed for the crimes of convicted fraudster Solomon Dwek and the infamous sale of body parts by six rabbis.

Ms. Terrell-Paige concludes by asking whether the perpetrators of last week’s kosher market attack might have had something meaningful to tell us in their decision to kill a police officer and three civilians.

“Mr. Anderson and Ms. Graham went directly to the kosher supermarket.I believe they knew they would come out in body bags.  What is the message they were sending?”

One can assume that Ms. Terrell Paige believes that correct answers would be “they deserved it” or “they brought it on themselves.”

Asked by Politico whether she regrets the post, Ms. Terrell-Page said, “no.”

As an African-American who knows first hand the devastating effects of racism, Ms. Terrell-Paige should have been wiser; she should have known that her stereotyping of Jews is no different than the stereotyping of her own community: cruel, dehumanizing and ultimately dangerous. In a recent article in The Atlantic describing the use of propaganda to ready his society for genocide, Kennedy Ndahiro, the editor of the Rwandan newspaper The New Times, wrote:

“Today, the leaders of powerful nations use dehumanizing language in describing certain groups of people. In mass-shooting incidents, people die because someone has deemed them subhuman on account of their race or religion.”

Such dehumanizing language has been used for centuries against African Americans, Jews, Tutsis, Armenians, Muslims and Catholics, just to name a few. Always, racists use the deeds of a few bad actors to justify their hate of the larger group to which they belong. One need only survey the history of the 20th Century to know the terrible results of scapegoating.

Ms. Terrell-Paige can’t be blamed for her anger. The injustices visited on the black community are shameful and long standing, and her concern about the changes that a new and insular group of settlers might bring to her community is entirely legitimate. But she can and should be blamed for falling victim to the very same prejudice that so hurts her own community. As an educator, she has an obligation to educate. This could have been for her a “teachable moment,” one where she brought people together to fight the scourge of prejudice. Instead she gave a lesson in hate. Moreover, when given the opportunity, she refused to retract her poisonous tirade and acknowledge the pain she had caused another minority, one that has suffered too. Such a person has no place on the board of education.

Craft Breweries and a Distillery: Tour the Tasting Rooms of Jersey City
Scroll to top