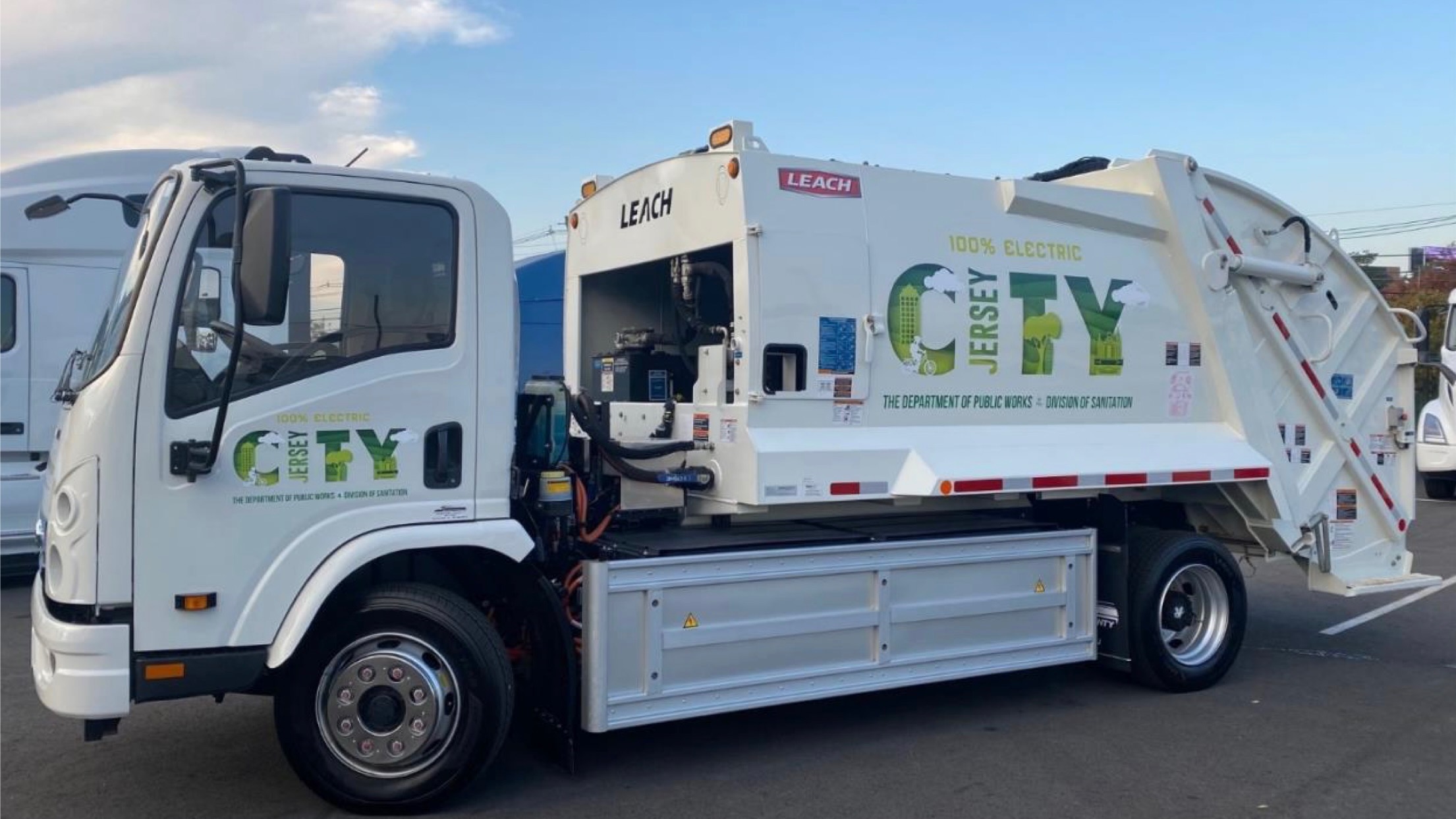 The City of Jersey City has begun taking delivery of five fully electric garbage trucks. According to BYD, this is the first deployment of battery-electric refuse trucks in New Jersey and the largest deployment of battery-electric refuse trucks in the United States to date. The trucks have begun operation in normal duty service, delivery is expected to be completed by the end of the year.

In July of 2020, former Business Administrator Brian Platt told The Jersey City Times how the purchase of the trucks came about. “We won a grant from the New Jersey Department of Environmental Protection about a year-and-a-half ago for over $2 million to pay for… electric garbage trucks for the city…the reason why we are so focused on garbage trucks is… these are some of the oldest vehicles that we have, but also they’re the highest polluting vehicles that we have on the road.”

At the time of the purchase, Platt explained that BYD was the only vendor with a model ready for use in the United States.

In what may come as a disappointment to some, however, that the BYD trucks will not replace the noisy diesel truck currently used by Regional Industries, Jersey City’s vendor for regular residential trash and recycling pick-ups. Their use will be more limited. Platt explained, “We do a lot of daytime service to fill in the gaps. We’ll cover the parks. We’ll come back to small business districts and do another round of garbage collection from the garbage cans. So, there’s a lot of other waste removal that we do in addition to the regular residential pickups.”

The BYD refuse trucks are all third-generation equipment and use BYD’s state-of-the-art lithium iron phosphate batteries. The fleet consists two refuse trucks that have a 25-cubic-yard compactor body and three refuse trucks that come with a 10-cubic-yard compactor body. The former carry a 280+ kWh battery pack and have a range of 600 pick-ups plus 60 miles and can be recharged in a little as two and a half hours with DC fast charging. The latter model has a 211 kWh battery pack and a range of 80 miles and can be re-charged in as little as two hours using DC fast charging.

While BYD is headquartered in China, the trucks are being manufactured in their factory in Lancaster, California.

Tom Del Gaudio, Manager of New Truck Sales and Director of electric truck fleet solutions at BYD dealer Hudson County Motors described the experience of using such a truck. “I have driven many different diesel trucks, but battery-electric trucks have more torque and power as well as a smoother ride. These BYD refuse trucks will deliver quiet and pollution-free operations to cities and towns across New Jersey.”

Goaded by Boggiano, Bing Throws Down The Gauntlet
Scroll to top