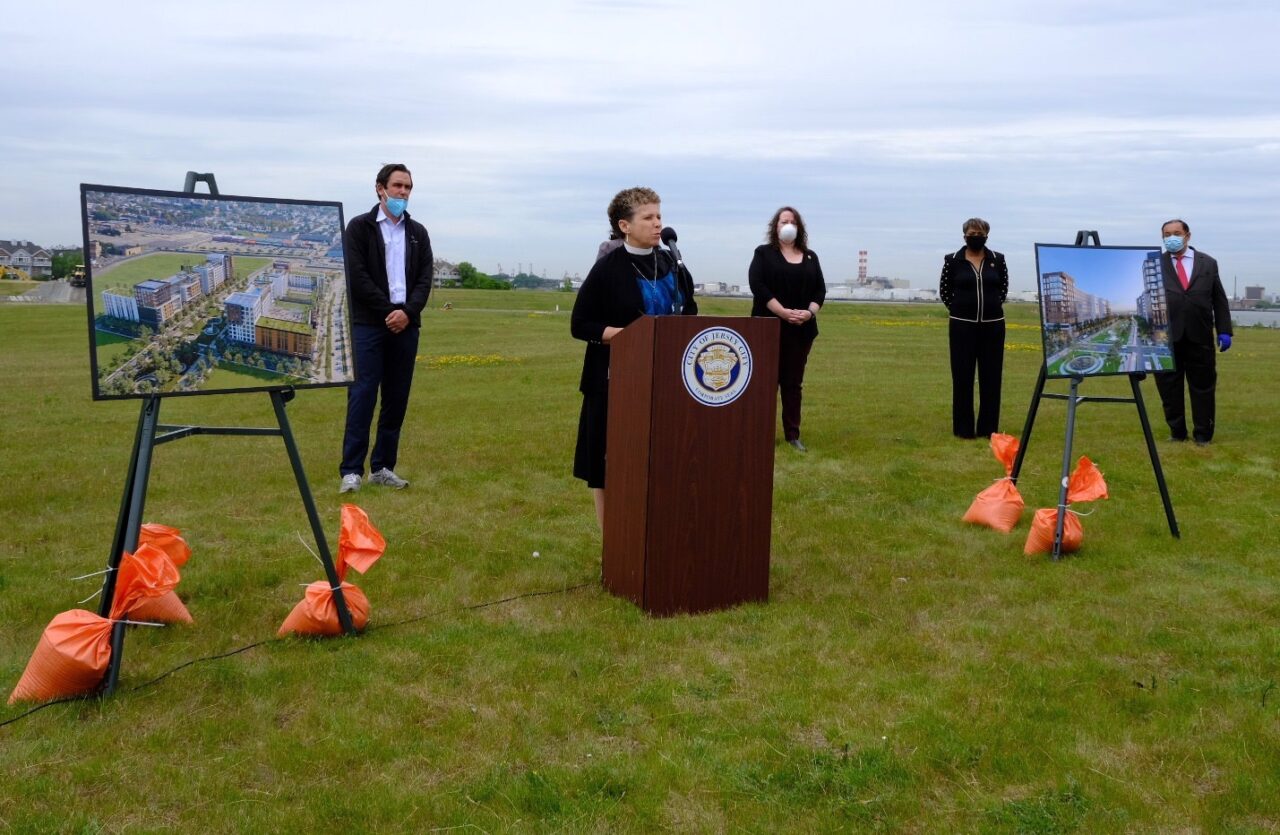 Joined by a group of city officials, community activists and developers, Jersey City Mayor Steven Fulop unveiled the first phase of Bayfront, the largest mixed-income housing development site in the region. The project will be on the city’s west side.

Standing on a grassy hill overlooking the Hackensack River and Society Hill, Fulop called it a “special project because it became a development site because of community activism thirty years ago when a group of community leaders got together and sued for an environmental cleanup. That paved the road for where we are today.”  He praised city council members and the organization Jersey City Together for demanding that 35 percent of the housing be affordable. 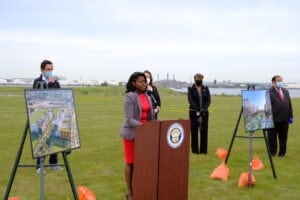 In 2018, the city paid Honeywell Corporation $100 million for the 100-acre formerly contaminated site. The city will formally designate two affordable housing developers, BRP Development Group and Bayfront Development Partners, LLC, a joint venture of Pennrose, LLC, and Omni America, LLC to implement phase one on 16 acres of the property. The two developers will pay a total of $26 million. One thousand ninety-two units of the mixed-income housing development will be built in multi-family residential buildings, 35 percent of which will be affordable and workforce housing.

“Today’s announcement represents a huge step forward. These initial proposals will create a model development designed for people all across Jersey City with more than 400 units of affordable housing at a range of incomes, the vast majority of which is at 60 percent of the area median income or below,” said Reverend Laurie Wurm of Jersey City Together.  “None of this would have been possible without the persistent organizing of faith leaders and residents for decades, who fought to clean up the site and then to ensure it would be an inclusive opportunity for the city as a whole. In the midst of several serious crises, we must and will continue to build for a better future in our city and region.”

Contact Tracing Plan for NJ: What We Know Now
Scroll to top