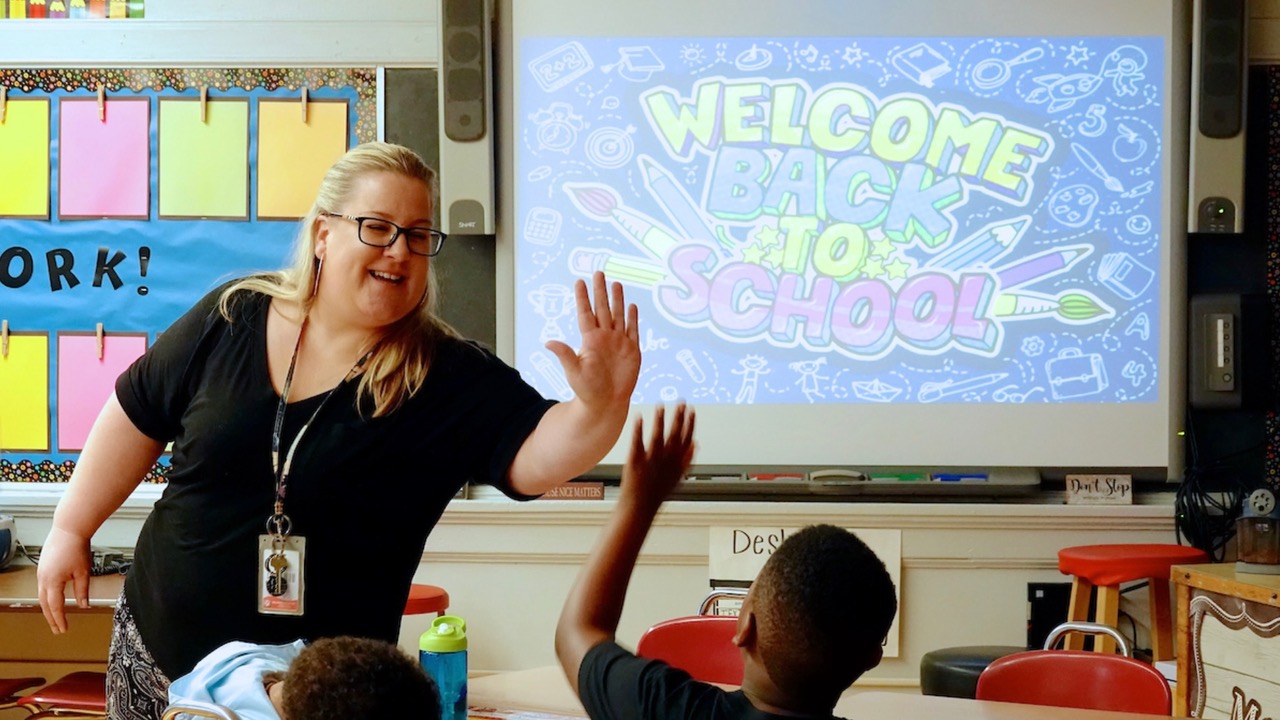 Even in Jersey City, more than half the teachers there are white, compared to just 15% of students.

From a young age, bullies attacked Christina Huang about her Chinese culture, questioned her food, and mocked her parents’ accents. At her elementary school in West Milford, she said teachers brushed it off as harmless kid behavior.

It wasn’t until she moved to Ridgewood for middle school that she had her first Asian teacher, who discussed weekends celebrating Asian holidays and discussed current events in Asia.

“I remember her talking about things that are really meaningful to me. I felt represented in that way, and that’s not just important for me but also for non-Asian kids so they can get exposed to another world they don’t generally talk about,” Huang said.

During her 13 years in New Jersey public schools, Huang only had about eight teachers of color, a common story for the state’s nonwhite students. Like those in West Milford and Ridgewood, teachers in schools statewide are overwhelmingly white, with five times as many white teachers as educators of color, according to state data.

At the same time, the student body has grown increasingly diverse in the past decade — more than 60% are students of color, a trend in pace with New Jersey’s growing diversity.

State data shows how the racial gap has widened between teachers and students in the past decade:

Even in Jersey City, one of the state’s most diverse cities, the racial gap is stark: More than half the teachers there are white, compared to just 15% of students.

The diversity gap comes as schools, nationally and in New Jersey, are struggling with a long-brewing teacher shortage many call catastrophic.

“I’m sure the governor is not focusing on diversity right now, because a lot of schools are opening now with so many vacancies they don’t have enough teachers to put into these classrooms,” said state Sen. Shirley Turner (D-Mercer), vice-chair of the Senate’s education committee.

U.S. classrooms have at least 600,000 fewer teachers now than they did before the pandemic. In New Jersey, there’s no official estimate on teacher vacancies statewide — although Gov. Phil Murphy signed a bill into law in January requiring the state to gather that data.

Education advocates agree the shortage is a crisis that keeps teacher diversity an elusive goal, hurting all students.

Research shows teachers of color are linked to social-emotional and academic gains for students of all races — but especially  students of color, because teachers of color help close achievement gaps, serve as role models, take a restorative rather than punitive approach to discipline, and increase graduation and college enrollment rates.

“We have to be able to truly understand each other and find a way to navigate our differences, so hiring is only the first part — and it’s the easy part. Finding a way to work well to support our students of all color, that’s the tough part,” said Cecilia Birge, assistant principal at Princeton High School. 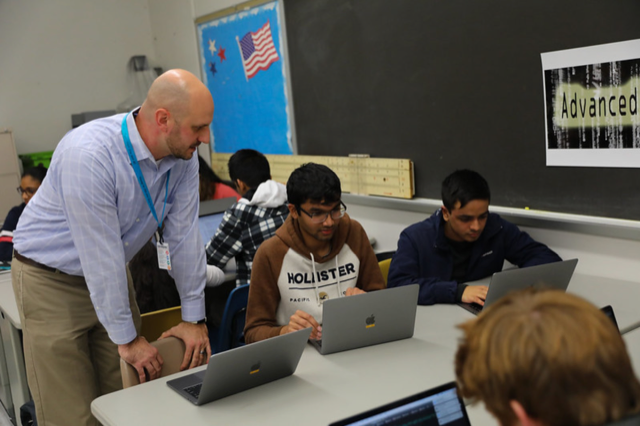 School officials say one of the causes of the lack of diversity among New Jersey teachers is the state’s long-standing teacher shortage problem. (Edwin J. Torres/Governor’s Office)

As head of a union that represents 200,000 New Jersey teachers and school staff, Sean Spiller has plenty of ideas about what has fueled the teacher shortage — and deepened the reluctance among some people of color to join the profession.

“We have the challenge now of people looking at the profession and not liking what they’re seeing,” said Spiller, president of the New Jersey Education Association.

First, he said, is a “perception problem.”

Inequities between districts, with those in communities of color getting fewer “bells and whistles” than other communities, can sour students of color on an education career, he said.

There’s also been a recent “demonizing” of the profession, with a conservative but loud minority of parents and advocates clamoring to restrict what schools teach on things like slavery and racism, Spiller added.

“If you’re a college student of color, and you saw what an under-resourced teaching experience was like for your teachers, are you going to go into that profession?” Spiller said. “Or are you going to go into something else that is more lucrative financially, where you’re not dealing with the political pressures of what you can and can’t teach and you don’t have to worry about somebody telling you that your history is not real history?”

New Jersey policymakers have aggravated the shortage and diversity efforts, others said.

Beginning around 2013, officials adopted several policies that were intended to improve teacher quality — but instead created barriers that barred some from the profession altogether, disproportionately impacting people of color, said J. Kenyon Kummings, superintendent of Wildwood Public Schools.

They raised the grade point average students need, to 3.0, both to get into and to graduate from a college teacher education program. They also expanded how many standardized tests would-be teachers must pass to prove proficiency.

One such performance assessment, called the edPTA, has only been required since 2017. But it has become such a burden for many teacher candidates that Turner and other legislators introduced a bill earlier this year to abolish it.

“It’s a test that costs a lot of money that’s not needed,” Spiller agreed.

The bill passed in the Legislature and has widespread support from teachers’ unions, the New Jersey School Boards Association, and other advocacy groups. Delaware, Georgia, and the state of Washington also recently dropped edTPA from teacher licensure requirements, and New York lawmakers are considering eliminating it too. But the bill remains unsigned on the governor’s desk.

That frustrates Turner, who fears the teacher shortage and diversity gap will only accelerate without action. She said she wrote to Murphy about a month ago urging him to sign the bill, but hasn’t gotten any response.

Two Republican lawmakers from Cape May — Assemblymen Antwan McClellan and Erik Simonsen — joined that call Thursday. A spokeswoman for the governor declined to comment.

Turner warned that many students will continue opting for other careers, rather than try to overcome the many hurdles they encounter in trying to become teachers.

“We can’t just eliminate or reduce all the requirements, but it’s all about supply and demand,” Turner said. “When you have a greater demand than supply, you’ve got to find a way to increase the supply.”

The hurdles have had a measurable impact on the number of teacher candidates coming out of college in New Jersey, which fell below 3,000 in the 2018-19 school year, the lowest in two decades, according to a June report by New Jersey Policy Perspective. Garden State colleges and universities also produce fewer teachers than the rest of the country, the report found.

That “pipeline problem” can impact diversity all the way up the chain, Kummings said. Superintendents tend not to be a very diverse bunch, because they often rise up through the ranks, from teachers to school administrators to superintendents, he said. A lack of diversity among classroom teachers means fewer candidates of color for a district’s most powerful positions, he added.

“It’s all hinged upon what’s happening within the teacher pipeline,” Kummings said. 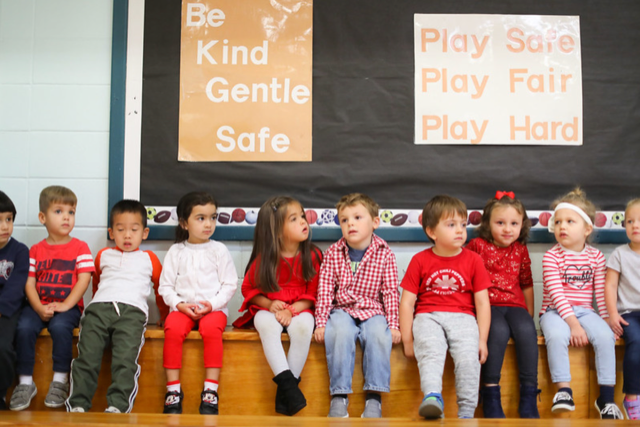 New Jersey has 1.4 million students in public school. Forty percent of them are white, 32% are Hispanic, 15% are Black, and 10% are Asian. (Edwin J. Torres/Governor’s Office)

Education advocates say there are plenty of things policymakers could be doing to ensure teacher diversity.

Recruitment is key — and recruiting from historically Black colleges and universities should be something districts already do, Turner said.

“Students of color have so many more options that are open to them that were never there before,” she said.

College costs, the fees required of standardized tests like the edTPA, and other financial stressors make teaching an increasingly impractical career choice, she added.

That’s especially true for people of color, who already grapple with an entrenched wealth gap, said Jennifer Robinson, executive director of the Center of Pedagogy at Montclair State University.

Teachers union officials say boosting pay for first-time teachers would help. Starting salaries for teachers with bachelor’s degrees range from $54,000 in Hopewell to $58,000 in Montclair to $61,000 in Jersey City. The average starting salary for most New Jersey teachers is about $56,400, according to the New Jersey Education Association.

The union has a “$60K the first day” campaign that aims to lift starting pay statewide to $60,000 a year, but only 77 of the state’s 600 districts have met that target. (Another 35 have approved contracts that would hit that mark in future years, a union spokesman said.)

Robinson said policymakers intent on getting more teachers of color into classrooms should focus on removing the profession’s financial barriers.

“How do you pay tuition, while apprenticing with an experienced teacher full-time and you’re not getting any compensation whatsoever?” Robinson said.

Cutting costly assessments like the edPTA would also help diversity efforts, because research shows standardized tests are a culturally biased, unreliable measure that can perpetuate a segregated workforce, Robinson, Kummings, and Turner agreed.

“If you’re a college student of color, and you saw what an under-resourced teaching experience was like for your teachers, are you going to go into that profession? Or are you going to go into something else that is more lucrative financially, where you’re not dealing with the political pressures of what you can and can’t teach and you don’t have to worry about somebody telling you that your history is not real history?

Birge said showing teachers that their background and experiences are valued attracts educators of color to their hiring pool. Princeton High School includes racial literacy curriculum, which encourages students to understand the impact of systemic racism and connect their own experiences to history.

“Just knowing that there’s a place that their experiences are discussed, their stories are listened to, and potentially a space to come in and share their experience with adults and students, that’s a major attraction for a lot of teachers,” she said.

Colleges and community groups have also joined the crusade. Rowan University’s Project Impact aims to get more men of color into the teaching profession. In Newark, the nonprofit My Brother’s Keeper Network has a similar mission ongoing.

Legislators also have a few fixes in the works, including bills that would:

Establish a mentorship program for male teachers of color.Create a $6 million teacher recruitment program in high-poverty districts.Forgive up to $50,000 in college debt for new teachers who fill vacancies in districts where they went to school.

In Wildwood, administrators aren’t waiting on the state to act. The district has taken the “grow your own” approach that has become popular around the country, Kummings said.

Wildwood high schoolers can experience hands-on “career exploration” by volunteering in a preschool program, get mentors through a partnership with Stockton University’s teacher education program, and take a basic skills exam — on the district’s dime — that’s required for college-bound students who want to become teachers.

Kummings hopes such programs will diversify district educators, who are 96% white, 3% Hispanic, and 1% Black. The student population is 64% Hispanic and 10% Black.

Huang wants to see schools become more welcoming rather than hostile, referencing school board meetings that grew tense over critical race theory and sex education. She added that some teachers can fall victim to microaggressions that cause them to flee a district.

“I remember a history teacher I had who talked about how at faculty meetings, people assume she’s in STEM,” she said, adding, “It’s very difficult to be around people who don’t understand your culture or understand you, so I think it’s a lot of making it a more accepting environment.”

An earlier version of this story should have said the starting salary for a Jersey City teacher is $61,000.

Bergen Square Day: “A Celebration of History and Culture”
Scroll to top