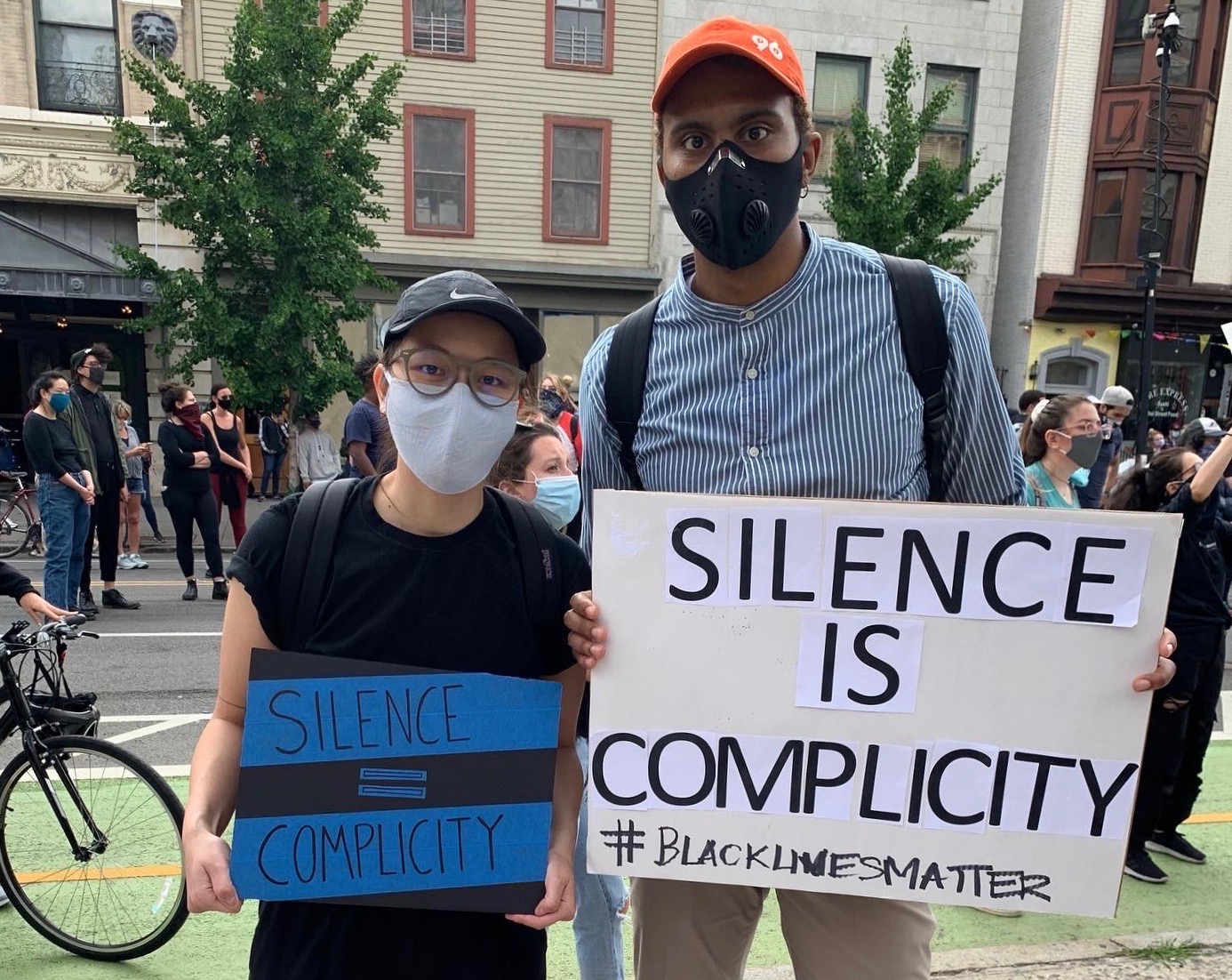 As a social media tool, Facebook has become the perfect site for sharing funny cat memes, photos of last night’s dinner, and the images from the family reunion. Try using it to spark a political dialogue, however, and you’re likely to end up in Facebook jail. For the uninitiated, “Facebook jail” happens when a person repeatedly posts content that violates the site’s standards. On its surface it sounds like a good practice, but talk to nonwhite users of the site who have tried to discuss race issues on Facebook, and you’ll find many have been “Zucked” for posting what the site calls “hate speech.”

Meanwhile, the Facebook page for “Kenosha Guard” was allowed to stay active, despite encouraging “armed citizens to protect our lives and property.” The page remained active even after Facebook received complaints from the public, due to the implied threat of gun violence.

The apparent double standard can be emotionally exhausting for people of color and other groups who feel the social media landscape too often mirrors the worst of what already exists offline. While organizations like Color of Change seek to reform platforms like Facebook, Twitter, and Instagram, others hope to create new online spaces that can succeed where the industry leaders have failed.

Enter Jersey City native Quinn Williamson and WatchThatNegro.com. Williamson, who is nonbinary and uses the “they/them” pronouns, created the site in 2016 so that “uncomfortable” speech could exist without censorship.

“I have a friend who is an influencer who had a post Instagram around that time. The post wasn’t harmful, but it may have been uncomfortable for some white people. And I though, just because you are uncomfortable with a post doesn’t mean it should be taken down, especially on these public platforms,” Williamson recounted. “So, that made me think we need a space for us, by us where you can say exactly what you want freely and unapologetically, so long as you aren’t encouraging violence.”

They say the site’s origin also coincided with the rise of Blue Lives Matter, a phrase meant to pushback against the Black Lives Matter movement.

“At the time, a lot of people were posting on different social media platforms, in very short form, explaining their grievances around social and racial injustices,” Williamson said. “And I shout it would be great if we had one singular platform where people could really thoroughly explain their opinions that might be seen as soundbites on Twitter or Instagram.”

The site also includes posts from LGBTQ+ writers who address social justice from their unique perspective.

Williamson was a college sophomore at Howard University at the time doing a double major in political science and philosophy. Life and school being what they are, WatchThatNegro.com eventually took a backseat to classes and homework. The site came off of hiatus this year following Williamson’s 2019 graduation from HU and return to Jersey City.

Williamson admits the site will likely be “uncomfortable” and unsettling, even among people who may see themselves as allies.

An open letter on the site titled “Dear cisgender idealism,” by Afro’Man Blac notes, “To be transgender is to acknowledge the manipulation of gender through patriarchy and to resist it through existence. Trans threatens your identity and failing systems; you all fear it and all that defies your androcentric gender complex. Hence transphobia.”

Elsewhere, the site’s editors suggest their Top 10 List of literary works by black writers that should be, in their opinion, mandatory reading for high school students, a list that is sure to invite much debate. (The Bluest Eye by Toni Morrison is there, but not Alice Walker’s The Color Purple? Zadie Smith’s White Teeth makes the cut, but not Between the World and Me by Ta-Nehisi Coates? Lols, guys.)

But that’s point, said Williamson, who is now a first year grad student at Tufts University, though studying remotely in JC due to the pandemic. The point is to provoke.

Speaking of provoking, there is the site’s rather jarring name, Watch that Negro. Over the summer Roger Stone, an advisor to Donald Trump, got in trouble for allegedly referring to black radio host Morris O’Kelly as a “Negro” on-air. So, is “Negro” the new n-word?

“When I decided this was going to be the name I was fully aware that it was going to be off-putting to a lot of people — a lot of black people — because we don’t use that term anymore,” Williamson acknowledged. “But I think this is just another case of reclaiming a word that we didn’t initially call ourselves, taking the power from the word, which I think is necessary.”

The site’s title, though, has its roots in an unreleased song lyric that is very much in synch with its stated purpose. The lyric refers to a black man moving on a dance floor — freely, un-self-consciously, without fear of intervention from anyone.

Speakers at Rally Call on Trenton to Pass Protection Act